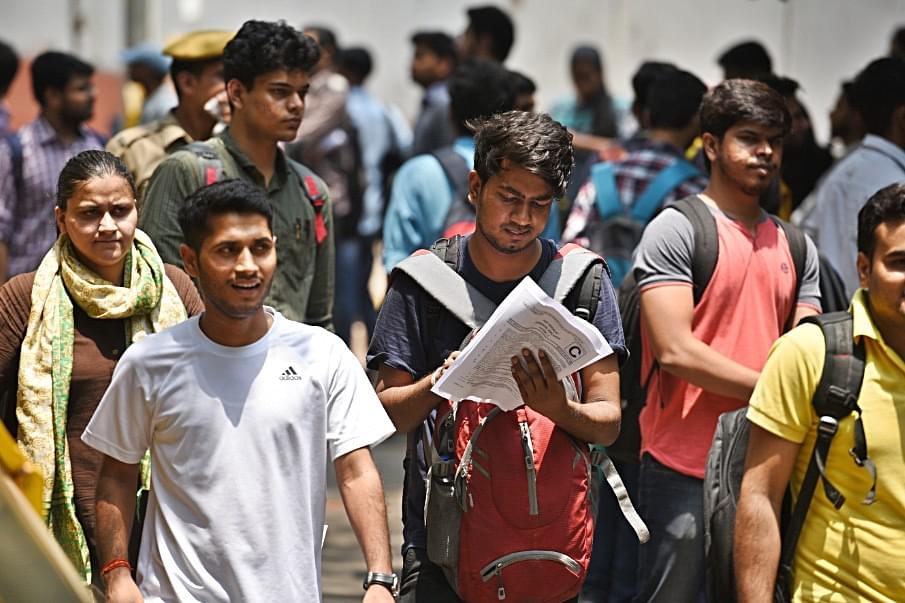 As many on social media reacted to the video of a district collector in Chhattisgarh slapping a young boy and then breaking his phone, questions again emerged about the conduct of civil servants with the public. The bureaucrat caught on camera was immediately removed from his post by the Chief Minister of the state.

While the actions of one civil servant cannot represent the entire fraternity of civil servants, unfortunate instances like these bring us back to the deliberations around the Union Public Service Commission (UPSC) examination, selection process, training, and ultimately the roles and responsibilities these officials are required to perform for the greater good of the society.

One of the major reforms undertaken by this government was that of introducing lateral entry into the UPSC. In February 2021, the Union government invited applications from professionals working in the private sector, PSUs, and even the state governments to fill three vacancies of joint secretaries and 27 posts of directors across ministries.

In 2017, in its three-year Action Agenda, the NITI Aayog along with the Sectoral Group of Secretaries (SGoS) on Governance report had recommended the induction of personnel in the central government for posts in the middle and senior management levels. Professionals opting for lateral entry are hired at a contract, anywhere between three to five years.

For the government, the need for lateral entry stems from two reasons.

Firstly, to have professionals with expertise and experience in a specific domain to aid a project or assignment, and secondly, to add to the manpower.

However, the complete idea has faced stiff opposition from numerous sections, given the posts do now allow for reservation of seats, as the exam does. Citing this move as unfair, the leader of opposition in Bihar, Tejashwi Yadav, asked if the UPSC selection procedure was failing to ensure enough motivated candidates for nation-building.

His demand may have had its motivation in political rhetoric, but unknowingly, Yadav belled the cat which other parties and politicians were reluctant to do so.

The UPSC is one of the most comprehensive and celebrated examinations in India, followed by the engineering and medical entrance exams. However, given the nature of this exam, it brings together students and professionals of all disciplines under one umbrella.

The entire process of examination takes a year, and mostly two, for by the time the result arrives, students, unaware of the final result, are already preparing for the next attempt. For the ones who don’t clear it on the first go, the process only gets more prolonged.

For instance, someone appearing for the examination in 2020 would start with their prelims in June (not factoring in the Covid-delays), appear for the written ones in September-October, and finally, for the interview across February-April. However, given the result does not come before May, many are already preparing to attempt the June 2021 exam.

The comprehensive nature of the exam derives from its vast syllabus. When it comes to UPSC, the syllabus’ difficulty is not the problem for most aspirants, but its vastness is, for even the prelims preparation encompasses the understanding of the complete polity, geography, culture, history, and economics of India. Dozen-odd books, scores of reports, and diligent newspaper reading, and you have barely scratched the surface of what could be asked.

The economic aspect of the exam cannot be ignored as well. Today, many big cities across India have localities and pockets with coaching centres dedicated to UPSC preparation.

Complementing these centres are residential accommodations, mostly rented and shared, and these further inspire a local economy for businesses like eateries, stationery, printing, and so forth. Furthermore, cheap Internet has taken the entire preparation process online, further expanding the economic aspect.

To put it simply, it’s not an exam, it’s a process that goes on all year in some isolated pockets of cities across India, the biggest being in New Delhi.

And yet, this process feels rusted, it feels old, it feels like an old Ambassador car with a shrieking engine, torn seats, loose gearbox, poor mileage, and a couple of punctured tyres. Introduced during the British Raj, the examination process is now broken. And yet, the UPSC is continuing to reward the winners of this broken system.

While the government is in the best position to define and redefine the roles and responsibilities of the candidates coming through UPSC, it is the selection process that warrants a complete revamp, and going forward, the government must consider the following reforms.

Firstly, the age limit needs to be revised. Currently, for the general category, the lower threshold is graduation from any university recognised by the UGC and the upper threshold is 32 years. The number of attempts allowed is six.

The age limit needs to be changed and must be revised to 24-25 (lower age) and 36 (upper threshold). At 22-23, to crack the UPSC is an achievement, undoubtedly, but to take up a role that requires public engagement amongst other elaborate and intricate responsibilities, without any real-world experience isn’t logical.

Yes, they can learn on the job, surely, but without any insights from their experience, there is always going to be a lack of perspectives.

Two, the revision in the age eligibility must be complemented with compulsory work experience. Given there would be a gap of a minimum of three years between someone graduating and their first attempt, the UPSC can demand a formal work experience of two to four years.

The obvious argument against this reform would be the prevailing unemployment in India. However, this argument is no longer justified, for the growing economy has the potential to accommodate serious aspirants, if not every graduate.

If an aspirant, willing to take up one of the biggest jobs in the nation cannot secure a formal job for two years in their 20s, how can they be trusted with the challenges that will come their way during the course of their jobs?

Three, the revised upper age will open doors for many professionals who have spent anywhere between six to 10 years and will enable them to bring their expertise, experience, and insights to the table.

While lateral entry can continue in its current form, direct hiring for mid-level roles can be made by segmenting aspirants above the age of 30. This move will also help professionals who had to give up on their UPSC dream in their early 20s because of financial constraints.

Four, compulsory work experience is necessary to stop rewarding aspirants who waste anywhere between four to six years in their 20s preparing for the UPSC exam.

While the young minds of India should be powering the economy, many aspirants choose to lock themselves up for the preparation, only to regret years later and forever dent their prospects. If a senior software engineer role in an Infosys like company warrants two years of experience, how have we been justifying zero work experience for all UPSC roles?

It is almost criminal to have some aspirants who have cracked entrances for leading medical colleges and IITs-NITs not work and instead wither away for another four-six years to get through the exam. A pursuit like this does not stem from the love of the nation, but from desperation for power.

Five, UPSC must completely ban aspirants who have made it through the exam in previous years to reappear for the exam next year. Even today, there are enough aspirants who make it through the exam but appear again next year so as to get the service of their choice. For instance, it is common for IPS (Indian Police Service) and IRS (Indian Revenue Service) officers to appear for UPSC again during their training to get an IAS (Indian Administrative Service) berth.

To fix the above problem for good, the selection process for various berths, say police, forest, administration, and so forth must be made independent of the ranks in the UPSC exam. Deciding the posts for the aspirants only on the basis of rank is counterproductive to the overall process of the examination.

Instead, the UPSC can have an additional aptitude and interview exam for the professionals during their training period, ensuring the right person for the right job. This practice of allowing trainees to come back only to secure an IAS berth is devoid of logic and honesty.

Some exceptions must be factored in here as well. For instance, for the IPS, the lower age limit may stay, given they would be more suited to join the force at an early age.

In hindsight, it is easy to blame the entire fraternity for the actions of a few, but questions must be raised for the stagnant selection process and why there has been no multi-party support for progressive reforms within the examination.

While the current political opposition will not even consider reforms as elaborate as these, irrespective of how they can improve the bureaucracy, the government must start ideating them. If they can come back in 2024, they can then work on garnering the political support across party lines.

It’s good for the aspirants, for the exam-dependent economy, and for the nation as a whole.

It’s time for the rusted Ambassador to go.