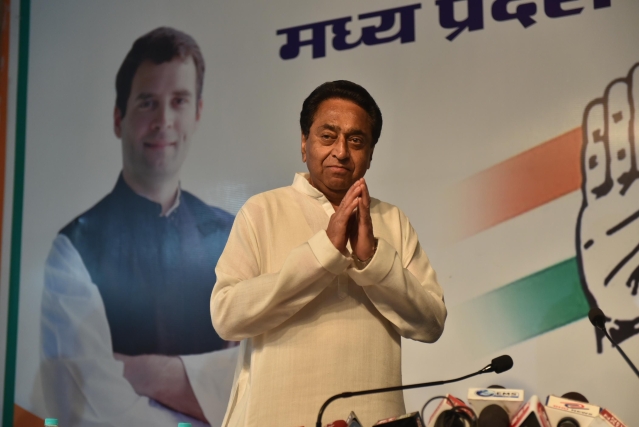 The recently concluded Madhya Pradesh assembly elections produced a close contest between the Bharatiya Janata Party (BJP) and the Congress. The Congress emerged as the winner, bagging 114 seats, just two short of the half-way mark of 116.

1. The tribal belt of the state voted overwhelmingly against the BJP. This was one of the main reasons for the party’s loss. Close to 22 per cent of the state’s population is tribal.

4. Gwalior South, Jabalpur North, and Damoh are traditional BJP seats – these were collectively lost by 1,651 votes by the BJP.

Without Sameeksha Gupta, Dheeraj Pateria, and Ramkumar Kusumaria contesting these elections, the tally could have been 113 to 111 in favour of BJP and Bahujan Samaj Party would have been limited to one seat.

Ramesh Mendola had also won with the highest margin in the state in the 2013 election from the same seat.

6. If the assembly votes are aggregated by the Lok Sabha constituencies, BJP would win 17 seats and Congress 12 seats.

7. By Lok Sabha aggregation, the most one-sided results came from:

8. BJP lost some ground in the most urban areas, traditionally its strongholds. The five biggest urban areas, all tilted away to some extent from the BJP. Currently it holds all the five Lok Sabha seats.

9. The BJP lost two key city seats in the capital Bhopal - Bhopal Madhya and Bhopal Dakshin Paschim. The party had won both the seats in 2008 and 2013. Both the seats were formed as part of the 2008 delimitation.

Key reasons why the BJP lost this election: unexpected losses in urban pockets driven by MLA level anti-incumbency and poor performance in the tribal belt.

An additional, interesting data point to end: Since 1967, Khargone assembly seat has always voted for the party which goes on to govern in Bhopal. Khargone voted Congress in 2018.