Maharashtra: BJP Must Convince Rural Voters That They Have Government’s Ear 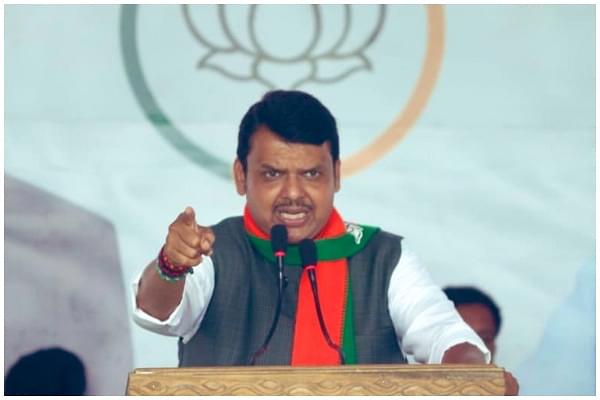 In 2014, the Maharashtra Vidhan Sabha elections were fought in Prime Minister Modi’s name. In 2019, it is clear that the state government is going to the public to ask for votes and re-election, in the name of the young chief minister.

It is very easy to forget that Fadnavis, now 49, is a first-time Chief Minister of the biggest powerhouse state of the Indian Union, and his principal opposition comes from one of the wiliest politicians ever to function in Indian politics.

Sharad Pawar started his campaign very early, touring the state, and capitalising on his image as a farmer leader, or, rather, a leader of farmer interests. He particularly chose the drought-prone regions in Maharashtra, coverage of which would be wall-to-wall in newspapers favourable to him.

With him was the youth face of the Nationalist Congress Party (NCP), the educated Rohit Pawar, presenting experience with the tadka of youth. To add to the whole feeling of oppression, the richest politician in this country made sure to add how he, at this old age, was forced to enter the electoral fray to revive the NCP and ensure the opposition to Fadnavis and the BJP remained.

Hot on the heels of defections in his party triggered by their losses in western Maharashtra, Pawar ensured everyone knew the sleeping wagh (tiger) had been roused.

His rhetoric of Fadnavis’ failed agricultural schemes was starting to catch on by May. Gone was the man who had actually endorsed the Fadnavis-led BJP government (stuck at 122 seats, less than half of the Vidhan Sabha majority for 288 seats).

His surprise move had check-mated the Shiv Sena, who are in alliance with the BJP this time round.

Pawar’s intent of raising farmer-related issues to a crescendo started fizzling out about the time the monsoons hit Maharashtra. The October rainfall in Marathwada has been on an average 42 mm thus far, which is the usual range for this time of the year.

This late monsoon surge ensured that major dams across Aurangabad went from 0.31 per cent capacity in August to 58 per cent in October. The particular beneficiary was the Jayakwadi reservoir, which had to release waters four times this monsoon. In totality, Maharashtra got 32 per cent excess rain this time.

This made a farmer carrying a debt of up to Rs 1.5 lakh eligible for a write-off. Managing the programme through a digital platform brought in greater transparency and saved the state Rs. 12,000 crore.

This list initially included 85 lakh ‘account holding’ farmers who were to receive a waiver for all types of loans. But after de-duplication with Aadhaar, limiting loans to medium term, and crop lending only, the number of applications fell to 58 lakh, of which 55 lakh were approved.

The Chief Minister was unhappy with banks who were slow to verify accounts and held up disbursement in key areas, and promised to take further action.

The opposition has been trying now to reignite the rained-on farmer agitation by eliding on these facts, even as the Congress national leadership tries the old Rafale line to save the discredited face of their mascot.

Even though Fadnavis urged banks to give maximum loans to farmers and to be sensitive to their needs, in May 2019 itself, activists reported of farmers not getting a crop loan and missing out on farm loan waivers.

Many complained of lower level officers asking for bribes in exchange for a farmer's inclusion on the list.

Firstpost reported that several people across the regions of Vidarbha and Marathwada seemed to have a positive view of the Central government, and that under “the saffron alliance, corruption has reduced and they’re receiving the benefits of welfare schemes”.

Extensive road repairs, Jan Dhan Yojana, and the spectacular success of the Jal Yukt Shivar have all been expressed as winning points, something both the Prime Minister and the Chief Minister have pointed out in their stump speeches.

The report quotes a loan officer in Latur regarding implementation issues in the loan waiver thus: “In some cases, the persons who had availed farm loans have passed away.

Their children received a partial refund but not on behalf of their parents since one person cannot avail of the benefits of more than one component of the scheme.” (Others who we spoke to in Marathwada during our own research cited delays in bank clearances, something Fadnavis has already highlighted).

Yet, no one seemed to be disgruntled or perturbed enough to cite it as a reason not to vote for Fadnavis. Greater transparency, improved infrastructure and the opposition’s inability to exploit faultlines, have all worked in the government’s favour.

The Maharashtra BJP released their manifesto a few days back, and everyone focussed on the promise of 1 crore jobs, and making the state a trillion-dollar economy.

The BJP promised the creation of an autonomous body to oversee road construction, and an investment of Rs 5 lakh crore in infrastructure projects.

Strengthening of medical facilities, a demand of the people that the Fadnavis government has done very well to improve, continues in this one too. Finally, the manifesto mentioned interconnecting 11 dams, and constructing one on West-flowing rivers at Godavari Valley for Marathwada and North Maharashtra, and a continuation of the farm loan waiver.

It came on the heels of the Congress’ and the NCP manifestos, that promised a blanket farm loan waiver (instead of the criteria-based one at the moment), a monthly unemployment allowance of Rs 5,000, free education through schooling years, and 80 per cent jobs reservation for Maharashtra natives.

In view of all that has happened so far, the question arises whether a loan waiver, or relief from debt, would actually resolve farmer distress, or provide only short-term relief.

They definitely can’t resolve the fact that agriculture is no longer an entirely profitable occupation.

In July, Fadnavis was the convener of a meeting of a High-Powered Committee of Chief Ministers for Transformation of Indian Agriculture. He asked for greater coordination between the ministries of agriculture (production) and commerce (marketing), and made a case to link grants of the central government and fund allocation of the Finance Commission with the agriculture reforms undertaken in states.

He pushed for institutional loans, and maximising the benefits of subsidies.

The BJP-Shiv Sena yuti is fighting to win as many seats as they can, say close to 220-180, but that still leaves a good 80-100 seats open for the opposition to play on.

With the Congress facing the prospect of political decimation owing to years of misrule, and the possibility of Pawar losing the polls, one or the other Pawar faction, however, is likely to live on, leaving Congress leaders with some hope of trying to resuscitate their fortunes in the richest Indian state.

In such a four-cornered fight, each party could garner 60-80 seats and come together to form a government. If the NCP or a faction manages to win that many, it keeps them in the reckoning till the next elections, and with possibly more agitations stoking the fires of caste and farm reforms along the way, Maharashtra could be in for a potboiler.

It is, therefore, imperative that the BJP-Shiv Sena retain their core urban base, and reassure the rural voters that they have the government’s ear.