Mandya Prefers ‘Independence’ To Gowda And Sons; No Place For ‘Khandaan’ Market In Constituency, State 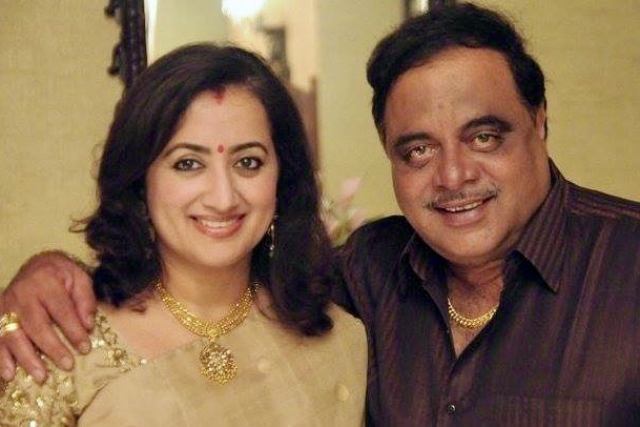 Call it providence or the people’s will, but this rice bowl of Karnataka has made an astounding statement on dynastic politics this election season. This message to the Deve Gowda clan is clear. Mandya is fed up of family soap operas and now wants change based on actual work and merit.

The victory of the first independent woman candidate from Mandya in Sumalatha Ambareesh who polled 7,01,122 votes, while her formidable opponent and dear son of the Karnataka Chief Minister, Nikhil Kumar, polled 5,75,740 votes is a telling commentary on the obsolete nature of politics based on entitlement, vicious campaigning and the greed by close-knit families for power and control over public resources.

Sumalatha faced a formidable challenge in this election after her husband and film personality Ambareesh died in November 2018. His followers had encouraged Sumalatha to contest the Lok Sabha 2019 elections as a mark of tribute to the actor. After her entry into the fray, the film industry rallied behind her and supported her in full measure, while her opponent Nikhil, tried every trick possible in the book to wrest the seat. While Chief Minister Kumaraswamy is also a film producer, Nikhil has been an actor for some time now.

But interestingly, the film industry stood like a rock behind Sumalatha with top names such as Yash, Rockline Venkatesh, Darshan and many others offering her full support in public by joining her campaign. But that was not initially thought of as enough as she did not have the “muscle and money” power that the Gowda family is believed to have had.

During the campaign, she was hounded by the opposite camp which played upon her “externality” to Mandya (Sumalatha is from Andhra Pradesh) in a bid to convince voters that she would not do justice to the region, if elected.

But several Congressmen refused to buy this argument as Ambareesh himself was a staunch Congressman. While CM Kumaraswamy hoped for a seamless transfer of Congress votes to his son, that may not have happened as Amabareesh was not just a Congressman but a mighty film personality from the region.

“In this case, party affiliations did not work. The people of Mandya voted from their heart, which they always do. Being a part of the old Mysore region, Mandya has always been a non-BJP bastion.

No Appetite For Family Dramas Anymore

But in this election, the voters were alarmed when they found that three contestants in the region were from one family, they decided not to put up with such dynastic impositions and concentration of power in one family,” senior political expert M Shivakumar told Swarajya.

Following Sumalatha’s victory, clashes broke out near a counting centre, which was quickly quelled by the police. Efforts to block the Mysuru-Bengaluru highway and railway line were also thwarted by law enforcing agencies.

Political pundits of the old Mysore region say that this has triggered a rift between the coalition partners, Congress and JD(S), as the absence of D K Shivakumar during the poll process has also been a “let-down”.

Likewise, expressions of dissent about the coalition from within, by leaders such as Basavaraj Horatti and Roshan Baig leaders, has exposed further fault-lines within the alliance.

“The people of Mandya were able to break the shackles of caste and sub-caste imposed by the Congress and JDS. It is close to a miracle that a non-Vokkaliga woman has been elected from Mandya, despite 57 per cent of voters in Mandya Lok Saha constituency being Vokkaligas. This election is a departure from old- time politics. I am sure the parties will take cognizance of these developments and shed their archaic political methods,” observes senior political writer and journalist Arekere Jayaram.

“Mandya has always voted emotionally. Every time the voters have chosen their candidate wearing their heart on their sleeve. This time too, Sumalatha has managed to win hearts because of her grace, says political observer and advocate T S Satyananda.

However, the JD(S) is extremely angry with the Congress for its perceived lack of coalition support on the ground.

Ramesh D, district president of the JD(S) in Mandya, told Swarajya, “Congress ditched us big-time. None of its cadres worked for our candidate Nikhil Kumaraswamy. The party is not trustworthy anymore. Congress leaders in Karnataka and their workers in Mandya district did not motivate voters from their circles to vote for Nikhil, as a result of which a sizeable chuck of Vokkaliga and Lingayat votes from the Congress went to Sumalatha. I guess about 1.4 lakh votes from these two segments and 80,000 votes from the BJP went in favour of Sumalatha.”

The Congress party has also been accused of luring votes of the Raitha Sangha (farmers organisation) which is strong in Malavalli and Melukote assembly segments of the constituency, in favour of Sumalatha.

Manjunath Gowda, a JDS Raitha Sangha activist said, “They played a very nasty game against the JDS candidate in Mandya. While they promised CM Kumaraswamy their support, none of the Congress candidates came to campaign for Nikhil. Those who did just addressed press conferences, which did not help at all. Ultimately, only Kumaraswamy, bis brother HD Revanna and their father H D Deve Gowda were there to support Nikhil.”

Who Will Sumalatha Support?

Sources close to Sumalatha in the film industry, on condition of anonymity, told Swarajya that she will continue to be independent in the next five years, and depending on how the Congress party treats her, she will decide her course of action. However, with the Congress now reduced to a fringe political player nationally and the JDS already on a weak wicket, it’s anybody’s guess who the choice of party for further political engagement will be.

Mandya Lok Sabha constituency has been an impermeable turf for the BJP so far, but in this elections, BJP did support Sumalatha, thus winning encomiums from all quarters.