Manipur 2022: The BJP Will Ride To Power In Manipur On The Crest Of Development Works And Dreams Of Progress It Has Ignited, Says Cabinet Minister Th. Biswajit Singh 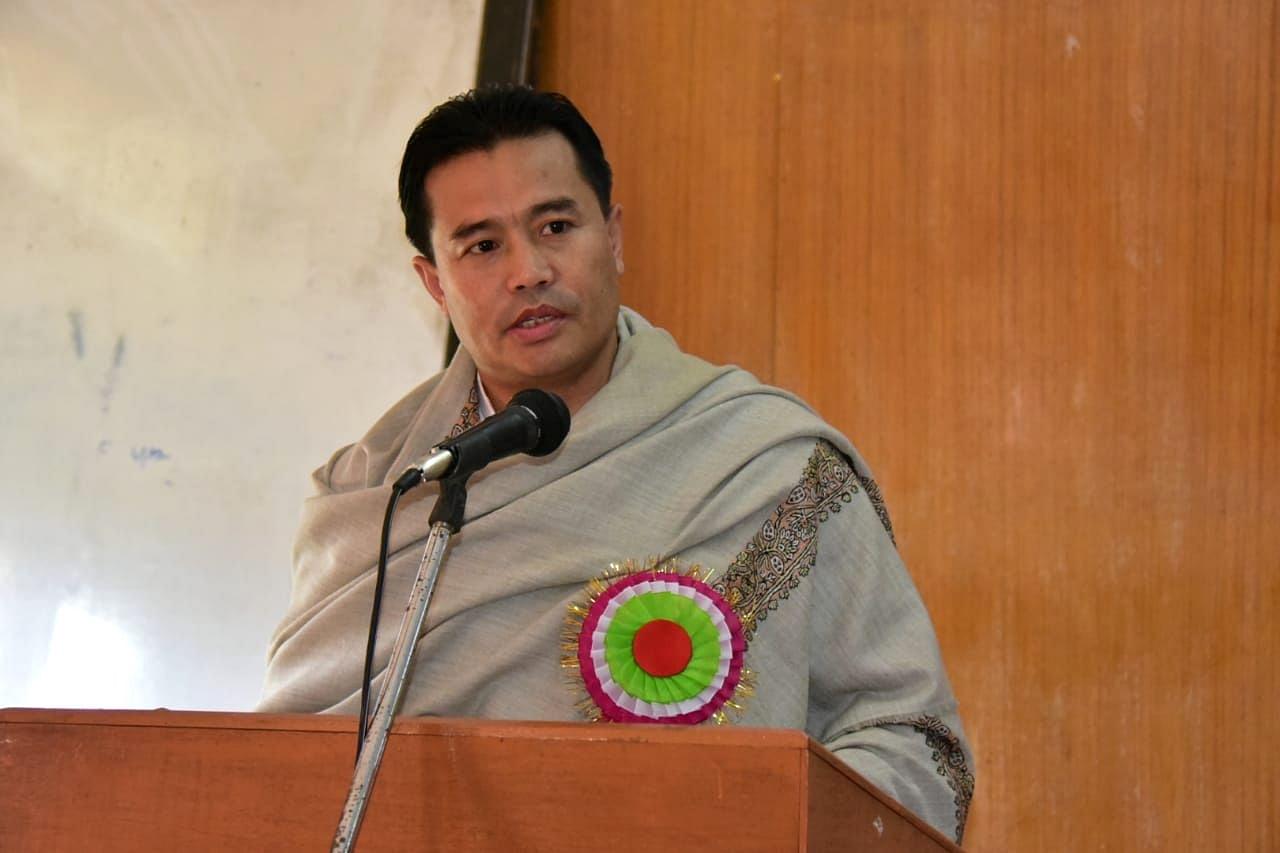 There is no denying the fact that Manipur has witnessed unprecedented development over the past five years under the BJP-led alliance government in the state. Roads, bridges and rail links have been constructed at a frenetic pace and the healthcare delivery system has been vastly upgraded.

Also, militancy has been curbed and racial tensions--the divide between the non-tribal dominated Imphal Valley and the tribal dominated hills that surround the Valley--has eased. Responsive and responsible governance has been the buzzwords of the BJP and major steps have been taken to encourage the MSME sector as well as improve the finances of the revenue-deficit state.

But more than all this, the BJP has ignited hope among the Manipuris--hope of a bright and prosperous future, hope of living in harmony under the rule of the law and free from depredations of militants, and hope for Manipur to achieve its true potential. Manipuris today dare to dream of peace, progress and prosperity, and of Manipur regaining its lost glory.

State government spokesperson and the person behind a lot of the good that has happened to and in Manipur over the past half-decade, Thongam Biswajit Singh, speaks to Swarajya on his government’s achievements and plans for the future. Singh, the virtual number two in the state cabinet, holds the crucial portfolios of public works, power, rural development, administrative reforms, textiles, commerce and industry.

Q: What are the primary achievements of the BJP-led alliance government over the past five years?

A: Bringing about communal harmony, inclusive development of hill and valley areas of the state, bandhs and blockades becoming very rare, bringing about landmark policy framework for industrialisation of the state, significant progress in MSME sector, vast improvement in power sector, connectivity and massive improvement in roads and bridges, significant progress in Imphal-Jiribam railway project, better healthcare delivery are some of the highlights of the BJP-led alliance government's performance over the past five years.

Q: What difference has five years of BJP rule made to the lives of the people of Manipur?

A: We have ensured safety and security of human life, we have undone the earlier bandh-blockade culture that was Manipur’s bane, we have given a stake in governance to the common people and fostered the feeling of ‘My Government’ through a responsive and easily approachable administration.

Proper and time-bound implementation of central welfare schemes like Ujjwala, Ujala Scheme, MUDRA, PM Awas Yojana has greatly impacted the lives of the people. The introduction of the Inner-Line Permit (ILP) has fulfilled a long cherished demand of the people of Manipur.

Q: What are the BJP’s plans for Manipur for the next five years?

A: Continuing the legacy of the last five years, the BJP will work towards three-policy pillars over the next five years. These pillars will include good governance, achievement of Sustainable Development Goals (SDGs) and peace through development.

Creation of growth opportunities for all sections of the citizens and in every aspect of life will be central to our governance. Specific focus will be on building a basic safety-net for the deprived sections of our society. Our government will proactively look into the requirements and the welfare of the people of Manipur in socio-cultural and socio-economic spheres.

We will carry forward and inculcate in our policies the mantra given by Prime Minister Modi--Sab Ka Sath, Sab Ka Vikash, Sab Ka Biswas, Sab Ka Prayaas--to make a New Manipur for a New India as a global leader.

We will remain committed to maintaining communal harmony and promoting peaceful coexistence of different communities in the state for faster trajectory of development, creation of growth opportunities through redefining development infrastructure and safety for all sections of the society. Women empowerment, welfare for the farmers, connectivity revolution in roadways and railways are also major issues.

Q: BJP has promised a better and more responsive government with a strong focus on development and connectivity. Please elaborate.

A: One of our first tasks after coming to power in March will be the formation of Empowered Committees to look into the progress made towards achieving SDGs under the leadership of senior cabinet ministers and the overall supervision of the Chief Minister. We shall establish an online platform to file public grievances and their redressal.

We plan to launch integrated transit hubs to facilitate movement of goods, to and from ASEAN, to India. We shall enact a Special Industry Policy for medium and small enterprises.

We will undertake construction of new border roads in close proximity to the Indo-Myanmar international boundary line and also along the inter-state boundaries.

Major connectivity projects will include the extension of Jiribam-Imphal railway link up to Moreh and a peripheral rail network of the Imphal Valley along the foothills.

A: In the next five years (by 2027), our party visualises Manipur as a resource mobilised state with youth energy that is properly channelised through more and more employment generation. Revamping the revenue collection system to ensure the state becomes a self-sufficient state in the next 10 years and create a revenue surplus by the next 15 years is our goal.

Asian Highway No. 1, India-Myanmar-Thailand Trilateral Highways, and the Trans-Asian Railway Network (TARN) will pass through Moreh (a town along the Indo-Myanmar border in Manipur) as a passage towards South-East Asia.

The India–Myanmar–Thailand Trilateral Highway that connects Moreh (Manipur) to Mae Sot in Thailand via Myanmar with a total length of 1,360 km is being rejuvenated and is at numerous stages of enhancement.

With the completion of the Trilateral Highway, expectations for the seamless transportation of goods for international trade, both forward and backward, can be fulfilled meticulously between Manipur and Southeast Asian nations via Myanmar. Further, it will also stimulate the movement of people for both tourism and business purposes.

India and Myanmar have enhanced international entry and exit points at the Moreh (Manipur) and Tamu (Myanmar) and have formalised a historic cross-border concord signed on 11 May 2018. The inauguration of these checkpoints will invigorate travel on both sides for multiple reasons.

Also, the novel Imphal-Kangchup-Tamenglong road under South Asia Subregional Economic Cooperation (SASEC) is most relevant to connect Tousem (Manipur) through the East-West Corridor to Halflong in Assam. The Imphal-Moreh highway is also being widened and remoulded. The Lilong-Wangjing road is also being augmented at the cost of Rs 16.3 billion, funded by the Asian Development Bank (ADB).

The effort to grab the advantage from the AEP can be seen in various projects such as the inception of the Mission for Economic Empowerment of Traditional Artisans and Craftsmen (MEETAC) for promotion of the traditional art and crafts of Manipur.

Thongam Biswajit Singh, 49, was an officer of the Manipur government for 14 years and served in the rural development and panchayati raj department. He resigned from service in 2012 to join politics and contest the Assembly elections that year as a Trinamool Congress candidate from Thongju Assembly seat.

He won the polls, but resigned from the Trinamool in 2015 to join the BJP. He contested the by-elections from the same constituency that year and won. He was the lone BJP MLA in the Assembly and played a pivotal role in the party’s campaign for the 2017 Assembly polls. A lot of credit for the BJP’s good show in the polls goes to him.

Singh is once again playing a key role in the party’s election campaign and is closely involved in framing and executing the BJP’s campaign strategies.