Message from TN, Gujarat: India's Political Future Is Urban, But Are Our Netas Getting It? 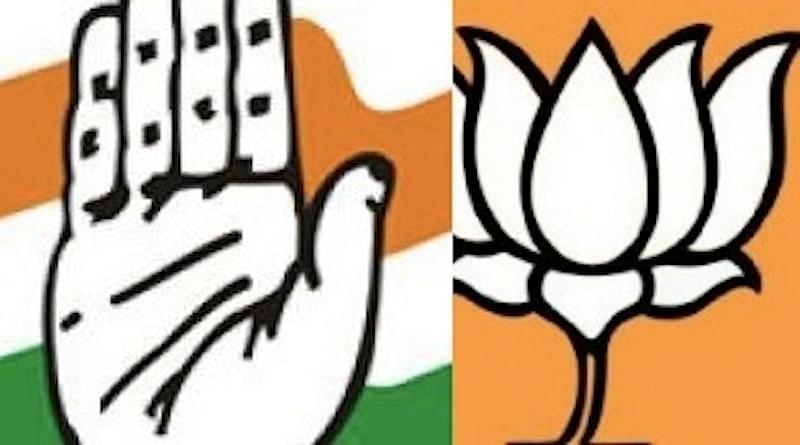 To put it bluntly, we simply need politics to become more urban, and the party to make the switch first from rural breast-beating to voicing urban concerns will walk away with a big chunk of the 2019 vote

Chennai’s travails, with the city currently reeling under unprecedented rain havoc and consequent flooding – the worst since 1918 – ought to be an eye-opener for all political parties. Even though the DMK and AIADMK are now slugging it out to apportion the blame, the fact is no political party has really done anything much for urban areas. And that’s where India’s political future lies.

Gujarat, where the ruling BJP is tasting defeat in rural areas and winning the big cities in local body elections (the results are still coming in), is really sending the same message. But for the BJP’s urban focus, it would have got wiped out.

Chennai’s problems with storm water drains, haphazard construction on the periphery, and inadequate investment in physical and social infrastructure are not unique. They are (at least partly) the result of rural politicians using urban resources for feathering their traditional vote banks.

It is worth recalling that a similar thing happened in Mumbai in July 2005, when copious rainfall marooned the city for days, causing losses in crores. Mumbai does not lack resources. It is India’s biggest contributor to both state and national tax kitties, but has one of the weakest infrastructures and skyhigh real estate land prices. The two are inter-linked: sky-high prices are how politicians milk the city for private gains while leaving the citizenry high and dry without roofs over their heads and without infrastructure.

It is time for politicians to wake up and smell the coffee. While rural votes still dominate elections in many states (in Bihar, the Mahagathbandhan scored big in an 80 percent rural state even though the BJP was ahead in urban areas), the reality is that India is actually more urban than it appears.

The official stats show that India is 32 percent urban, with a population of a little over 410 million. If India’s officially-recognised urban population were all lumped together in one geography, it would be the third largest country in the world (after China and India itself).

But this may not be the real story. According to a World Bank study, India’s real urban population may be closer to 55.3 percent, and the only reason why official figures put it at 32 percent is definitional. Apparently, there are huge settlements and towns developing on the peripheries of existing urban areas, and these are really non-cities with “urban-like features” – to use the World Bank’s term.

Even while city centres rot, these peripheral “urban-like centres” are where the action is. And they are growing like weeds, without a plan, without infrastructure. Little wonder the peripheral areas of cities like Chennai flood more than the city centre. On the plus side, these “urban-like” places are also hotspots of economic dynamism and high growth.

The reason why politicians need to take note is simple: if 55 percent of India’s population is either living in cities or non-cities with “urban-like” features, the bulk of the vote in future elections will come from a rapidly-urbanising culture.

The rural vote bank is about to go bust, and the party with the best articulated plans for urban India and city governance will rule the roost in future.

The reason why cities suffer – as Chennai is currently suffering – is because politicians have not realised that the vote banks are shifting. They are still busy looting Mr India to keep Shri Bharat afloat. This is not to deny agricultural distress or even an argument to abandon investment in rural areas, but to emphasise a simple point: India’s future is already shifting to the cities, and this is where politicians must seek votes or expend their energies.

There is clearly space for an urban-dominated party to articulate citizen concerns differently from the usual tear-jerker politics (NREGA, garibi hatao) of rural India. Only two parties can currently make the shift quickly – the BJP, and the Aam Aadmi Party. The latter can do so simply because it is already an urban party but with a populist mindset; the BJP can do so because it has at least been thinking urban for a while, including the interests of trade, business and the middle class. The results of the Gujarat local body elections – where the BJP won the big cities and lost the districts – is evidence of where the party must look ahead for votes.

Apart from old political mindsets, the structures currently preventing a greater flow of resources to urban areas are the following:

First, real estate. This is where politicians, builders, businessmen and the land mafia get the highest rents by rationing the supply of land through arbitrary regulations. Land supply can be raised (and prices levelled, if not brought down) by simplifying regulations and increasing floor space index (FSI) to create more vertical growth and yet yielding more open public spaces. Some such thing is being attempted on the Ahmedabad Sabarmati waterfront, but all cities need to learn to do this. The vested interests standing in their way are those who gain from unreasonably high land prices.

Second, the key to housing affordability is not only land, but infrastructure and public transport. But once again, infrastructure investment is blocked by land sharks. A proposal for building a trans-harbour link from the Island city of Mumbai to the mainland would provide housing for lakhs at low cost, but it would dent land values in central Mumbai. Result: no trans-harbour road or rail link decades after the proposal was first mooted.

Third, public transport. The logical way to make a city affordable is to build the transport infrastructure first, and stop privileging private transport. But in India we have encouraged huge investments in cars and bikes, but not buses, metros and other forms of public transport, including sea transport for coastal cities.

Fourth, of course, is greater transfer of resources to urban bodies. The fourteenth finance commission missed a golden opportunity to transfer more money to municipalities. It favoured states with greater devolution, but left the cities out in the cold. The chances are politicians will pamper their rural vote banks and forget the emerging urban ones – till it is too late. It is worth recalling that urban development is often directed by state governments, with mayors being mere figure-heads. Federalism needs more power to devolve to cities and must not be centralised with state Chief Ministers, who tend to keep the urban development portfolio in order to keep control of the resource flows.

These are only a few indicative ideas on why urban India’s problems are soluble and yet are not being solved.

To put it bluntly, we simply need politics to become more urban, and the party to make the switch first from rural breast-beating to voicing urban concerns will walk away with a big chunk of the 2019 vote. Chennai’s sufferings are partly the result of romancing the rural vote instead of going for urban gains.