Modi Should Chill On Omar As ‘PM’ Of J&K: Title Inflation Is About Status, Not Power 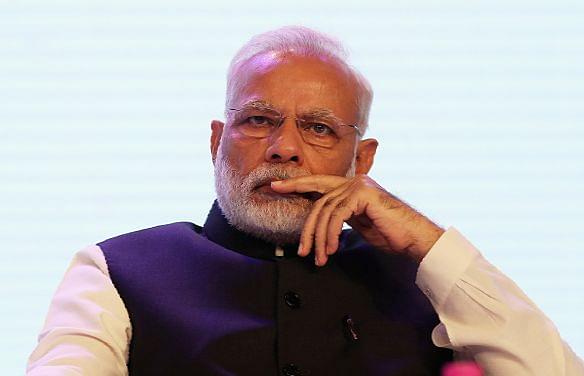 Prime Minister Narendra Modi has his task cut out in implementing the Goods and Services Tax (GST). (Dan Kitwood/Getty Images)

The Prime Minister is needlessly giving Omar Abdullah an importance he can’t get otherwise. Responding to Abdullah’s statement at a political rally in north Kashmir that his party would like to return to the pre-1953 scenario, where Kashmir had its own “Prime Minister” (Wazir-e-Alam) and “President” (Sadr-e-Riyasat), Narendra Modi made it a campaign talking point.

Addressing an election meeting in Secunderabad, Modi asked: “He (Omar) says we will take the clock back and replicate the situation before 1953 and there will be two Prime Ministers in India, Kashmir will have its separate PM”. He challenged the Congress party to counter this claim of its election ally in J&K.

While the Prime Minister is free to raise the issue if it suits him politically, there is no need to give Omar Abdullah a special pulpit from which to prosecute his own mildly separatist politics. For two practical reasons.

First, one should note the date of the speech and the claims made by Abdullah. It’s 1 April. So, it is nothing but electoral bluff.

Second, and this is important: the powers of a chief minister don’t change just because you call him prime minister. The ‘Mayor’ of Delhi, Arvind Kejriwal, has not got more powers just because the national capital is called a state and Kejriwal himself has the title of Chief Minister. Title inflation is about status, not legal power.

If either Modi or Abdullah had been corporate sector titans and not politicians, they would know that title inflation is often the norm in situations where talent has to be given its due, but positions higher up in the hierarchy are not enough to accommodate all ambitions. High-flyers are given great titles to compensate for lower pay or lower responsibilities.

At the absurd end of the scale, it is possible to designate a peon as CEO, expanded as chief errand officer.

Sardar Patel got most princely states to sign on to the Indian Union by allowing the old rulers to retain their titles and privy purses. It took a killjoy PM like Indira Gandhi to withdraw something that involved no real power, but only a bit of money and a glorified title.

So, calling Omar Abdullah a prime minister, in case his party comes to power in Srinagar after the next assembly election, should be a no-brainer if he agrees to make his state a normal member of the Indian Union, and not a special case. We should offer him the title if he can get his state back to normality by cornering its jihadi elements and becoming a full partner of secular India.

Karnataka wants its own state flag, and most states want their regional languages to be recognised as national languages. When the demand is for distinction rather than separation, status rather than real power, the Centre should not worry too much.

Modi, or any PM of the country, should not fret about title inflation. It is useful to give some titles, if that satisfies them.