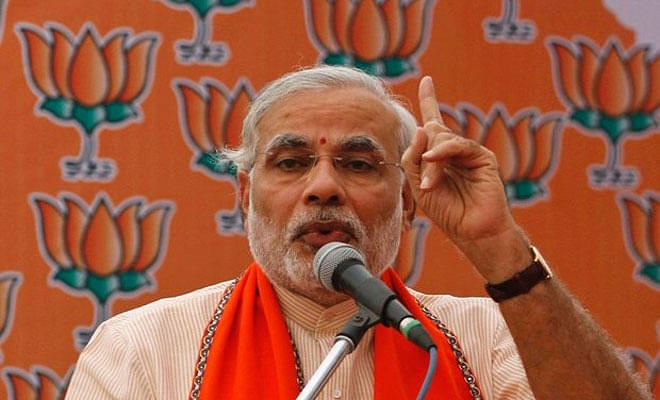 The government’s detractors have been complaining about the prime minister’s never-ending election rhetoric. But recent address at the ‘summit’ of a media house was no empty talk. His government has indeed been following his vision with a good roadmap and sincere implementation.

The Prime Minister’s speech covered a very important aspect. He said subsidies would not be removed but targeted better for the development of the country. Let’s analyse this statement looking into the actions of this Government.

The social subsidy budget of the Union Government was as high as Rs 3,600 billion for the FY 2014. The government is not only trying to control this, but also to regulate it through various reforms. It is taking the following steps to regulate subsidy:

1.Making subsidies as transparent as possible.

3.Focusing subsidies to final goods and services with a view to maximising their impact on the target population at minimum cost and finally

4.Setting clear limits on duration of any new subsidy schemes.

Sincerity of the government in implementing the mission above can be understood better with  recent actions and targeted future plans:

1. Deregulation of petrol and diesel prices

It was one of the most important steps towards economic liberalisation. Although it is a widely believed that the fall in crude oil price over the last six months led to this decision, let us not undermine the  courage of the government in taking this decision. This  decision will result in the government’s subsidy bill coming down as it will no longer have to reimburse oil companies for selling diesel below-market price.

Last year (2013-14), the government had to pay Rs 85,000 crore for selling diesel, LPG and kerosene at below-market prices. This year the subsidy burden is estimated to be much lower at around Rs 63,000 crore.

Deregulation is also expected to bring private firms such as Reliance Industries and Essar Oil into retail sale. Such companies do not receive government support for selling diesel at discounted rates and currently sell via state refiners, despite having their own sales infrastructure.

2. Channelizing subsidy through bank accounts, directly to the beneficiary

As the Prime Minister has said in his speech, India’s cooking gas subsidy is the world’s largest cash transfer programme. Over 80 million households receive this subsidy directly as cash is  transferred into their bank accounts. This is one-third of all households in the country. This will completely eliminate leakage.

Building on this, the government is planning to introduce direct cash transfers in other benefit schemes. In a short span of four months, over 100 million new bank accounts have been opened under the Pradhan Mantri Jan Dhan Yojana. This will add to this target of transferring the subsidy directly to the beneficiary’s account.

According to government data,about 40 per cent of roughly 25 crore households and 60 per cent of its 125-crore population, mostly poor, did not have access to formal banking services, as banks did not find operating in many of the country’s 6 lakh villages profitable. Many, thus, had to resort to seeking credit at high rates through informal channels and this resulted in a parallel informal economy.

While there was a similar drive — tentatively called the financial inclusion plan — by the UPA government, it lacked both publicity and thrust. People were not talking of the state’s drive to open bank accounts for the abject poor before the new government took charge of the economy, as a result of which most from the lowest stratum of our economy had no clue of such an initiative.

As an obvious consequence, neither could the poor experience institutionalised financial transaction, nor could the benefits intended for them reach them in a foolproof manner.

Under the previous UPA government, about 6 crore no-frills accounts were opened in 2013 under its financial inclusion initiative, but the data of the Reserve Bank of India (RBI) showed that more than half remained dormant, adding up to costs for banks to continue to maintain them. The cost of creating banks accounts amounted to about Rs 18,000 crore as per the banking correspondent model.

In contrast, the NDA figures between 4 October 2014 and 16 January this year was:

The entire list between the two dates above can be accessed here.

Clearly, though the option of zero balance is available, not all beneficiaries are exercising it. Call Jan Dhan Yojana Modi’s hype if you must, but this hype has undoubtedly more people ‘included financially’, to borrow from the UPA’s terminology, in a shorter period of time, and the numbers are growing at a rapid pace constantly.

Moreover, there is a life cover of Rs 30,000 with the RuPay Card for all those who subscribe to a bank account for the first time during the period 15 August 2014 to 26 January this year. This cover under the PMJDY will give a life insurance cover on death of the life assured, due to any reason, to the deceased’s family. To ensure there is no leakage, people of these categories have been declared ineligible for the insurance cover:

1.Central Government and State Government employees (in service or retired) and their families.

3.Persons whose income is taxable under I-T Act 1961 or are filing the yearly Income Tax return or in whose case TDS is being deducted from the income, and their families.

4.Persons who are included in the Aam Aadmi Bima Yojana covering 48 occupations defined under the scheme, and their families.

5.Otherwise eligible account holders, who have life cover on account of any other scheme of the Bank against the account, shall have to choose between the two schemes and derive benefit from only one.

6.All persons who do not fulfil the basic eligibility conditions of the scheme.

The Prime Minister in his speech said that he intended to launch a massive national programme for PDS computerisation. The entire PDS supply chain — from the FCI warehouse to the ration shop and consumer — will be computerised. Technology will drive welfare and efficient food delivery and thus ultimately ensure that subsidised ration reaches none other than the intended target: the needy.

On the ground level, the government has already taken steps to link the output of Mahatma Gandhi National Rural Employment Guarantee Act (MGNREGA) activities with the disbursement of NREGA subsidies. In the long run, this will lead to proper development by channelizing subsidy for the poorest. Further, it will ensure that the work done under this scheme is not fabricated where no real work is needed.

Once the new government was in place, in a letter dated 11 June, Aparajita Sarangi, joint secretary of MGNREGA, wrote to states asking them to focus on social audit. The Centre will provide technical assistance for the audit under a special project that will remain in operation till 2017.

The entire expenditure, including salaries of resource persons engaged in the audit at the state and district levels, will be borne by the Centre. It is estimated that the project will cost Rs 46 crore a year to the central exchequer. In a social audit, civil society groups engage with government officials to review whether the reported expenditure reflects on the ground level.

As far as reform in the area of fertiliser subsidy is concerned, this government is expected to come out with some innovative ways to improve the agricultural productions with the help of regulating these subsidies in to a proper direction.

The Government of Gujarat has already begun a pilot programme to experiment with ways to shift incentives for farmers towards more water- and energy-efficient technologies and practices from the fertiliser subsidy.

A Parliamentary panel has pitched for direct transfer of fertiliser subsidy to farmers to check corruption and plugging loopholes in current subsidy regime.

At present fertilizer subsidy is paid directly to the manufacturers of fertilisers. In case of urea the retail price has been fixed at Rs 5,360 per tonne by the government and the difference between cost of production and retail price is paid as subsidy to manufacturers. The government is considering deregulation of the price of urea soon.

While in complex fertilisers, the government fixes the subsidy while the companies are free to decide the price. “The committee is of the view that transfer of the benefits of direct subsidy to the farmers would check the corruption, close the loopholes and profligacy in subsidies,” the Parliamentary Committee on Chemicals and Fertilisers said in its report. We may see this implemented at the national level in the long run.

This government and the Prime Minister is on the right path as far as subsidy reform is concerned. Perhaps we are headed towards achhe din (good days) afterall!

Shailesh Vora is a chartered accountant based in Mumbai.
Get Swarajya in your inbox everyday. Subscribe here.
Tags: