Nageshwar Rao As CBI Chief: Let’s Look At Those Opposing His Appointment The Loudest 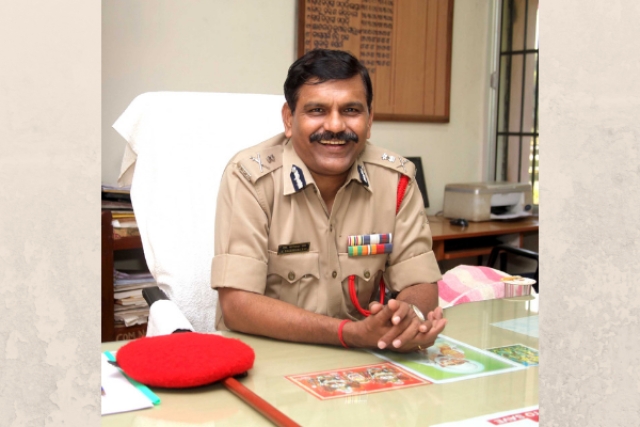 After the recent tussle between the top two officers of the Central Bureau of Investigation (CBI), M Nageshwar Rao was appointed as the interim director of India’s premier investigative agency. As soon as he took over, media professionals, politicians, and activists started heaping allegations against him. Strangely, some from the same set of people had also come up with numerous accusations against Alok Verma and Rajesh Asthana, the two officers who have been sent on leave. It has become their mission to oppose any appointment as long as the Narendra Modi government is behind it. Here, I attempt to highlight the disgraceful behaviour of these activists.

The news of Rao’s appointment invited a sharp reaction from NDTV. The news channel had even questioned Rao on his wife’s assets abroad. The question was about their so-called discovery of the fact that Rao’s wife, Sandhya, owned property worth more than Rs 4 crore in Florida, the United States of America (US). It was said to have been purchased in 2015. A report in the NDTV claimed that Rao had provided false declarations about his assets and asked if people occupying high posts could get away with such a falsehood.

There is an unwritten rule in the mainstream media. If someone has to be painted black, either accuse him of being corrupt or call him a womaniser. When such an accusation is made, not just the public, but even the media fraternity laps up the news with glee. The media only needs to ask some questions, even if they are absurd. In matters receiving media attention, the accused, especially if he or she is a celebrity, is held guilty without trial. NDTV, too, has banked on this strategy in this case.

I did some investigation into the properties held in Florida. It is true that a person named Sandhya owns a property there. But that lady is 62 years old. Which means that the holder of the property is five years older than Rao and 11 years older than his wife, Sandhya. The names of her husband and relatives in the property document do not match. The documents do not mention any Nageshwar Rao.

Forget the property; imagine the plight of the happily married Rao being told by the media that his wife has a different husband in the US. Is there any other news that can fetch more television ratings?

The crux of the matter is this: There are two ongoing CBI investigations against NDTV. The media company’s founders, Prannoy Roy and his wife Radhika Roy, are also facing investigations by the agency. There have also been raids at their residence. The track record of Rao as a police officer suggests that investigations that come under his radar reach a quick conclusion, with the corrupt receiving ‘fair’ treatment.

Now, let’s move on to the reasons behind the attacks on Rao. If we start investigating the matter, the trail ends in Karnataka. Before his suspicious death, deputy superintendent of police M K Ganapati had named minister K J George and others. That matter was being investigated by the Criminal Investigation Department. After a public outcry, the matter was handed over to the CBI. Due to jurisdiction rules, the investigation came under the aegis of the Chennai wing of the CBI—Rao was posted there at that time. He became the supervising officer for the Ganapati suicide case. The case saw newer twists every other day.

A “Karnataka Congress politician-cum-timber smuggler from Coorg” managed to get Rao transferred from Chennai to Delhi with the help of certain Congress politicians and senior police officers from Puducherry. How can the same cabal now tolerate Rao occupying the highest position of power within the CBI? Wouldn’t the travails of the timber smuggler come out in the open? The Congress party cannot imagine those hands that support many members of legislative assembly during elections in handcuffs.

One has to get to the source of black money if corruption has to be traced. If the history of those opposing Rao is looked into, the real motives will come out in the open. Because it turns out that either they are facing some CBI probe, or they have had anti-national motives.

There is an entire team that has been formed to attack Rao. As soon as the war between the top two officers of CBI surfaced, numerous anonymous Twitter accounts started tweeting against Rao, whom they suspected would be appointed as the chief. A Twitter user named “PrabhuAdvitiya” was created right after the Ganapati case was handed over to the CBI, around September 2017. Since then, this account has been tweeting mostly against Nageshwar Rao. This account is followed by a journalist called Savukku Shankar, who was with the State Vigilance and Anti-Corruption Department before opening a news channel called Savukku. He had even been accused of releasing sensitive documents to the media. After his release from jail, he claimed to be a Right to Information activist.

These days, he claims to be a journalist. The courts had ordered his channel to be shut after it was discovered that he was using a photo of the Liberation Tigers of Tamil Eelam (LTTE) chief Velupillai Prabhakaran as a logo. The cases related to him that were with the CBI never made much progress. When Rao was with the Chennai division of the CBI, these cases picked up pace. Shankar then started writing against Rao.

Rao will also naturally supervise the investigations into the AugustaWestland case and the matter of bringing back Vijay Mallya. Naturally, he has become a headache for the Congress.

Who, then, is Rao really? How capable is he?

Rao is originally from Warangal in Telangana. He did his post-graduation from Osmania University and subsequently undertook research at the Indian Institute of Technology, Madras. All this was before he became an Indian Police Service officer in 1986. He used the technique of fingerprint recognition for the first time in 1996 when he was posted as the Superintendent of Police in Odisha while solving a rape case. When he was with the Fire Department in 2013 and 2014, Odisha was ravaged by a cyclone. Due to the outstanding service rendered by him in handling that crisis, he received the Chief Minister’s Medal, Special Duty Medal, Odisha Governor’s Medal, and also the President’s Award.

When Rao was posted as the Inspector General of Police of the Central Reserve Police Force (CRPF) back in 2008, he launched the Lalghar Operation against Naxals. Rao had become a nightmare for separatists when he was the Deputy Inspector General of the CRPF in Manipur. Rao was also responsible for the creation of the second battalion of the CRPF Cobra force in Sambhalpur.

There is more to say about this distinguished officer. Because Rao is not one to be content with wearing his uniform, sitting quietly, and taking salutes from his juniors. He has always been the one who has received salutations from the people he has served.