NDA’s Citizenship Bill Is Bang On, But We Need Safeguards To Address Assam And North-East Identity Concerns 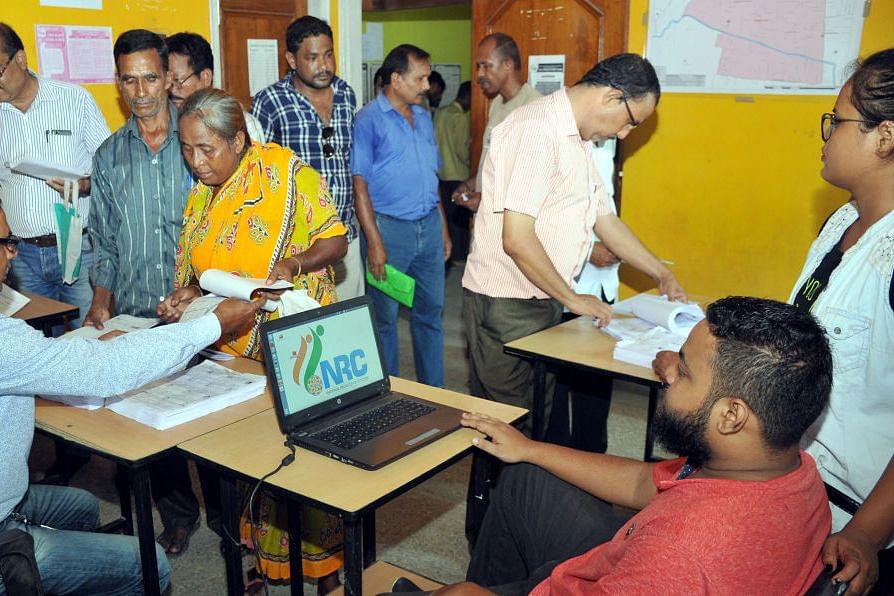 The National Democratic Alliance’s (NDA’s) Citizenship Amendment Bill, passed by the Lok Sabha earlier this week, is unlikely to pass muster in the Rajya Sabha, given the weight of opposition in the upper house. It is just as well, for the Bharatiya Janata Party (BJP) has many fires to put out in the North-East, where the bill is seen as an attempt to legitimise the residency of illegal immigrants in these states, posing threats to local identities.

The bill seeks to fast-track citizenship for persecuted minority groups in Bangladesh, Pakistan and Afghanistan, and these minority groups have been specifically identified – based on common sense – as Hindus, Jains, Sikhs, Buddhists and Christians. The exclusion of Muslims from the ambit of the bill’s coverage flows from the obvious reality that the three countries are Islamist ones, either as stated in their own constitutions, or because of the actions of militant Islamists, who target the minorities for conversion or harassment.

But the North-East views the Citizenship Amendment Bill as an effort to settle more Bangladeshis in their territories, and the Assamese, in particular, see it as an attempt to subvert the Assam Accord, which calls for the identification and deportation of illegals who came in after 1971.

The Asom Gana Parishad, hitherto a partner in the BJP-led Assam government, has pulled out, and the BJP government in Tripura is facing dissidence from its tribal partner, the Indigenous People’s Front of Tripura, for the same reason. In three other states, Meghalaya, Nagaland and Mizoram, where the state governments are led by parties that are part of the NDA, opposition to the bill is threatening to blow apart the BJP’s painstakingly built dominance in the North-East.

The problem emanates from three realities, and each viewpoint involves some unwillingness to see reality.

First, the National Register of Citizens (NRC) has excluded nearly four million alleged illegal migrants from the rolls. Even though these numbers may come down after those left out were given more time to provide proof of residence before 1971, the truth is that you cannot deport so many millions to Bangladesh. And two-thirds of those left out are Bengali Hindus.

Second, the Assamese groups and the BJP have different approaches to the issue: the former wants exclusions based on ethnicity, while the latter wants exclusion of illegals on the basis of religion. This point was explained by Assam Finance Minister and BJP pointman for the North-East, Himanta Biswa Sarma, who defended the Citizenship Bill the other day by pointing out that if the Hindus are not given citizenship, power will pass to Muslim groups, including Assamese Muslim Badruddin Ajmal of the Assam United Democratic Front.

Sarma was blunt when he said that the “Prime Minister has now entrusted 17 assembly seats (where Bengalis dominate) in the hands of Assamese and not Muslims. Without this bill, these 17 seats would have gone to Badruddin Ajmal.”

Third, the non-BJP “secular” parties, including the Congress, are playing a double game, for they benefit from the Assamese disquiet over the bill, even as they benefit from the polarisation of Muslim votes in their favour due to the BJP’s efforts to leave them out of the bill’s provisions.

The Congress and the Left would like to pretend that there are very few Muslim illegal immigrants, when Muslims have a huge 34 per cent share in Assam’s population and several districts adjoining Bangladesh have a Muslim majority. Their numbers grew particularly fast in the last census. If these trends persist, demographics will tilt further in favour of Muslims.

The Assamese clearly have a difficult choice to make, and both are losing ones. One, they can seek deportation of all illegals, but they may find that you can’t pack off four million people without violence or the cooperation of the Bangladesh government. The other option is to accept the religious demarcation as a lesser evil, and accept Bengali Hindus as inevitable citizens, while disenfranchising the rest. This will lead to communal trouble, and it is not clear that the courts will allow this.

The BJP can offer two guarantees to the Assamese to address their twin fears of being demographically challenged either by Bengalis, or Muslims, or both.

#1: The BJP should legislate majority seats in the Assam assembly and in the Lok Sabha for the ethnic Assamese and other smaller tribal groups that fear marginalisation. This should be done by amending the Constitution.

Such guarantees already exist for the SC/STs in terms of seat reservations. Even in linguistic terms, the southern states get Lok Sabha seats that are disproportionate to their current population numbers.

#2: The BJP must also guarantee that those who qualify for citizenship under the amended act, will not all be settled in Assam. Some of them will be incentivised or asked to shift to other states, and provided financial assistance for the same. A million people moved to other states will ease the concerns of the Assamese.

#3: The real option when it comes to illegals identified by the NRC process is disenfranchisement, not deportation. If the illegals are struck off electoral rolls, their residency and livelihoods will not be threatened. They can seek citizenship after a much longer period of waiting for naturalisation. This again needs amendments to the Citizenship Act.

#4: The BJP has a communications challenge in the short term. It must ask the Home Minister, Rajnath Singh, and Himanta Biswa Sarma to address lots of public meetings in Assam to explain why they are doing what they are doing, and what safeguards for Assamese identity they will provide. They should also meet chief ministers of other north-eastern states to assure them that the bill will not threaten local identities, and, if needed, safeguards will be put into the Constitution.

The BJP has extended its dominance in the North-East after a lot of effort and sweat; it makes no sense to blow it all up by poor communication on the Citizenship Bill.