'Nellai' Kannan, A Tamil Orator And Senior Congress Leader Who Once Exhorted Muslims To Assassinate PM Modi, Passes Away 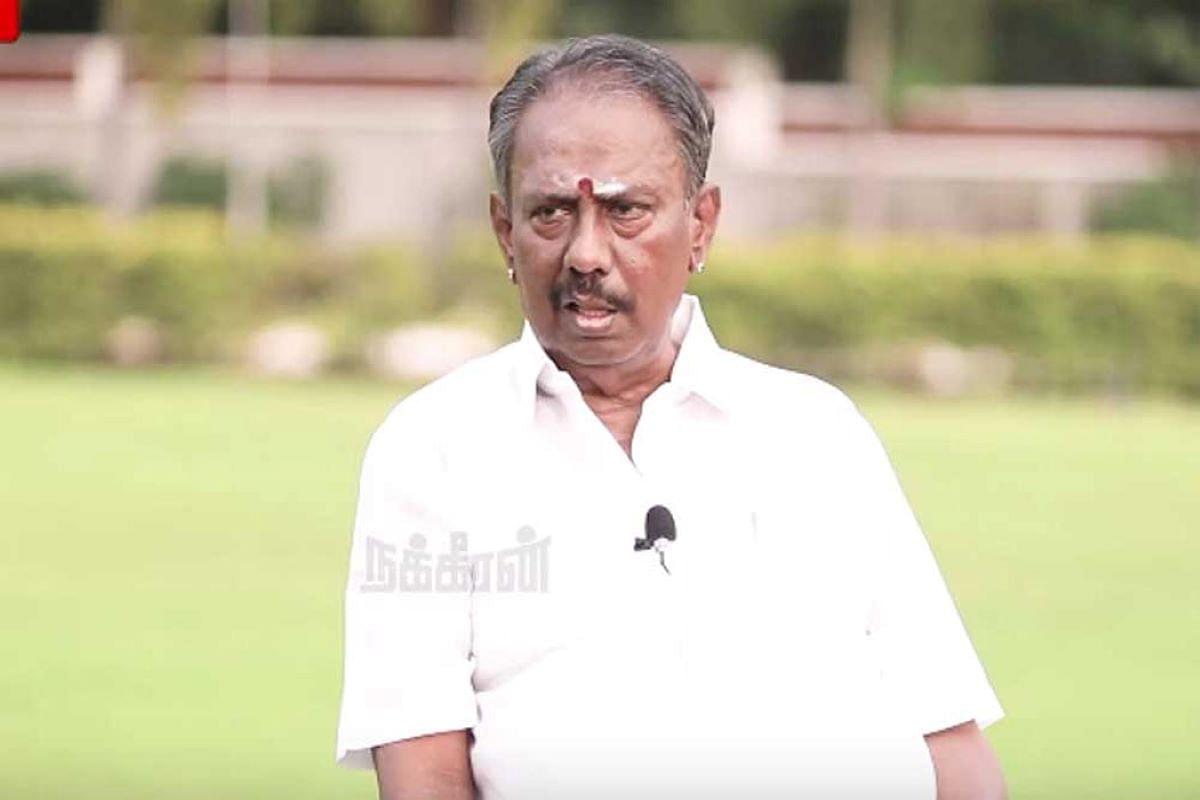 'Nellai' Kannan, a veteran Congress leader and noted Tamil orator, who was arrested in 2020 for delivering an incendiary speech exhorting the Muslim community to assassinate Prime Minister Narendra Modi, passed away at his residence in Tirunelveli.

Born in an affluent Saiva Pillai family in Tirunelveli, Kannan gained prominence for his popular discourse on Ramayana, Mahabharata, Silapadikaram and other Tamil literary works.

However, in the later part of his life, he transformed into a notorious rabble-rouser noticed for delivering hate speeches against political opponents and directing casteist slurs against specific communities.

Kannan was associated with the Congress party for several decades. He has been closely associated with leading Congress figures like Indira Gandhi, Kamaraj, Mamata Banerjee, G K Moopanar, and P Chidambaram, among others.

He contested thrice as a Congress candidate in assembly elections but lost every time.

In 1989, Congress fielded him as a candidate from the Tirunelveli assembly constituency, but he lost to veteran Dravida Munnetra Kazhagam (DMK) leader A L Subramanian.

In the 1996 assembly elections, he contested as a Congress candidate against late chief minister M Karunanidhi but faced a humiliating defeat.

Kannan briefly supported and campaigned for All Indian Anna Dravida Munnetra Kazhagam (AIADMK) in the 2006 assembly election as the Congress party denied him a seat.

A bitter critic of DMK for the most part of his political career who often revelled in vulgar attacks on the party leaders, Kannan began warming up to the DMK after the demise of Karunanidhi.

In 2021, Nellai Kannan was awarded the Kamarajar Kathir Award in the presence of Tamil Nadu Chief Minister M K Stalin. Kannan expressed his gratitude to Stalin for recognising his 'contribution' to the Tamil society.

He also offered an apology to Stalin for contesting against his father and former chief minister Karunanidhi in 1996 state assembly elections. Kannan claimed that Congress high command and then prime minister P V Narasimha Rao deceived him into fighting against Karunanidhi.

Within hours of Kannan showering praises on Stalin as an "indispensable leader of multiple generations who is providing a vision not just for Tamil Nadu but entire India" during the award ceremony, an old video of the veteran Congress leader hurling abusive and vulgar personal allegations against the Chief Minister went viral on social media.

In the video (likely from the year 2016), Kannan is seen and heard launching a vituperative personal attack on Stalin by linking him to the abduction of a popular female newsreader.

After years of maintaining stoic silence, the newsreader herself rubbished the allegations in 2018. Despite his opponents frequently hurling scurrilous allegations against him, Stalin himself has never spoken about this issue in public and has maintained a dignified silence on the allegations.

In an otherwise fawning profile of Stalin, The Economist drew attention to the controversy "As a young man with a famous, powerful father, Mr Stalin reportedly developed a thuggish reputation", as a leaked American diplomatic cable put it, "including alleged involvement in multiple sex scandals". (Stalin has not publicly responded to the allegations.)

In January 2020, Kannan was arrested by the Tamil Nadu Police after he called for the assassination of Prime Minister Narendra Modi.

Delivering a speech at a gathering of Muslims, he asked, "Why Muslims have not yet killed Prime Minister Narendra Modi and Home Minister Amit Shah?"

Kannan made these remarks while addressing an anti-Citizenship Amendment Act (CAA) rally organised by radical Islamist outfit Social Democratic Party of India (SDPI) in Tirunelveli. The hundreds of Muslims who had gathered for the protest cheered his statement.

Kannan also went on to say, "If his (Amit Shah's) story is finished then the story of the PM would also be over. I was expecting something to happen, but no Muslim is doing it."

Kannan was arrested and lodged in Central Prison in Salem. He was granted bail within a week.