Not Islam, Not Christianity, It Is The Left That Is Particularly Inimical to Hinduism 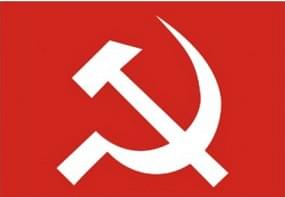 The Left is inimical to Hindu interests.

Hinduism’s biggest challenge comes not from rival religions, but the Left. From its control of major academic institutions to slanted history-writing to building anti-Hindu political coalitions, the Left is clearly inimical to many Hindu interests.

The Left is in action again in the current controversy in Karnataka where some sections of Lingayats are agitating for declaring themselves as a non-Hindu religion, a demand being opposed by the Lingayat-Veerashaivas, who include the seers of the community. The Lingayat community sees itself as a social reformist movement started by Basavanna in the twelfth century, who revolted against caste inequities.

But the differences between Veerashaivas and Lingayats are essentially over small pieces of doctrine, which we need not get into here. These doctrinal differences are now being used to drive a wedge, and the Left is inserting itself into the dialogue by making it about class ideology as well.

In an interview today (2 August) to The Times of India, Kannada writer Chandrashekar Patil (aka Champa), asserts that Lingayats are non-Hindu, and hence need to be delineated from the Veerashaivas. He is quoted as saying: “Veerashaivas and Lingayats are poles apart. The two communities have been waging a silent war for about 800 years, ever since 12th century social reformer Basavanna defied Hindu tradition and started Lingayatism. The Veerashaivas, like any other Hindu group, believed in the hierarchical stratification of society, caste system, reincarnation, and karma…”.

Then he brings in the class angle to religious identity. “Lingayats are Left wing and Veerashaivas are Right wing. They can’t be together.”

This stereotyping is typical of the Left. Class differences can exist within faith systems as much as between faith systems. Islam is said to be a radical faith, but everywhere you find regressive elites leading Muslim nations and communities, including in India, where they are opposed to basic issues of fairness such as the abolition of triple talaq. You won’t find the Left holding placards calling for the abolition of this practice, or against jihadi ideology. Or in favour of free speech for Taslima Nasrin or Salman Rushdie.

In India, Muslims are separated by doctrinal issues (Shia-Sunni) as well as class and caste associations. Hence, we have the Ashraf and the Ajlaf, the latter being local converts, often from the poorer communities. If the existence of Right and Left in Lingayatism is reason to declare one a separate religion, why not do the same with other class divides in other religions?

When asked how governments and courts can legislate or create a new religion, Champa answers: “While some courts have refused to give legal sanctity to a new religion in India, the same court has passed judgment saying Hinduism is not a religion but a way of life.”

He is right to point out this confusion, but he is surely wrong in presuming that there can be no overlap between faith and a way of life. Hinduism can be faith, culture, civilisational ethos, and/or a way of life. In a smaller or larger measure, this is true for all faiths. Faiths do not evolve from nowhere; they evolve within a culture or a community, and they spread to other communities and cultures. So, faith and ways of life are linked even though they are not the same.

But the most important point is this: the idea that states or governments can recognise or derecognise a religion is past its sell-by date. This is regardless of whether the Lingayats consider themselves a part of Hinduism or not.

Just as religions sprang up in the past, religions could spring up in the future too. A new religion may emerge from an older one (like Sikhism separated itself from Hinduism), and reform movements can make the same religion look different from what it was earlier.

This suggests two realities: that the state, including the courts, should not be in the business of protecting, defining or recognising religion, for it is not possible to define what a religion is when the ideas keep changing and evolving depending on social circumstances. This is particularly true for Hinduism, which should be seen as an evolving framework of ideas, and not limited to a historical founder or one holy book.

It is perfectly all right if Lingayats want to think of themselves as non-Hindu, and it needs no government or court to say this is really so.

The more fundamental problem relates to the idea that only minority religions have the right to run their own religious and cultural institutions. This lies at the root of the general preference for declaring yourself non-Hindu.

Clearly, the Constitution has been mangled out of shape in terms of its intent. The idea was to ensure that minorities were protected, but what we have ended up achieving is making Hinduism fair game for deconstruction and disembowelment.

The Left’s hand is most evident in the sponsored violence against the Rashtriya Swayamsevak Sangh in the killing fields of Kannur in Kerala, but is also visible in the Left sabotage of an amicable settlement of the Ram Janmabhoomi issue, as documented brilliantly by Meenakshi Jain in her book, The Battle for Rama. The book suggests that the Left historians who backed the Babri Masjid Action Committee lied through their teeth to claim that there was no temple below the Babri Masjid. The archaeological dig ordered by the Allahabad High Court later proved them completely wrong, but no apologies have come from the Left for misleading the nation.

In 2008, the murder of Swami Lakshmanananda Saraswati by alleged Maoists led to a spate of communal violence that took months to subdue. If the Left is supposedly atheist, one wonders why the only targets are Hindu religious leaders who try to fight conversions. Some linkage between the Left and groups that seek to boost conversions away from Hinduism seem apparent - at least at the intellectual level.

Whether it is the hard Left of the Maoist variety, or the soft Left that has spread itself out in various “secular” parties, the attempt to dismember and deconstruct Hinduism is manifest in many of its endeavours.

To be sure, not all the Left-wing antipathy is ill-thought-out. When the Left is talking class oppression or against caste hierarchies, they are surely on the right side of social change. The irony is that the Left is dominated by precisely the kind of Brahminical arrogance that they believe is retrograde in Hinduism, and the Left leadership has almost always been exclusively upper caste: consider the Chatterjees, Bannerjees, Basus, Mukherjees, Yechurys and Namboodiripads who have dominated the Left for decades.

In the US, the Left is in bed with Islamists against mainstream Christianity; in India, the Left and its “secular” allies, while doing nothing to uplift the minorities, is decidedly anti-Hindu in its postures.

The Left has played a crucial ideological role in creating an anti-Hindu bias in Indian political discourse, and hence needs to be combatted both intellectually and politically.

(This is a slightly expanded version of the article published earlier)