One Nation, Two Polls – A More Workable Idea Than One Nation, One Poll 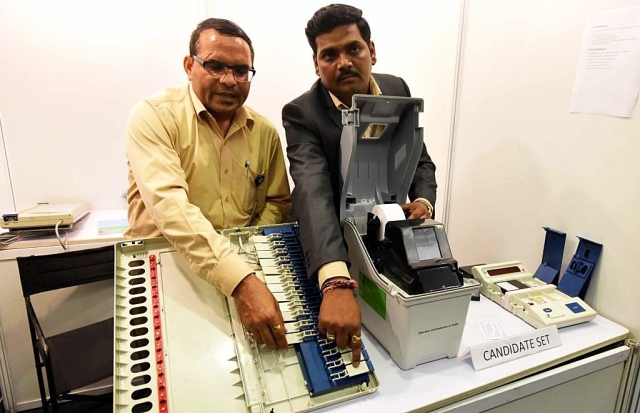 The Prime Minister has thrown his weight behind the idea of One Nation, One Poll (ONOP). This is not a new concept; in fact, it was the norm till 1967, with the exception of Kerala, where the first non-Communist government was unceremoniously dismissed by Nehru Government in 1959. However, the election scenario in India has since turned into a never-ending circus, in which we ended up holding nine rounds of Assembly polls between 2014 and 2019.

Relentless coverage on mainstream media and unprecedented outreach of social media has ensured that not just electorates of the states voting for their Assemblies, but people across the country are hooked onto this never-ending election melodrama. It has become addictive to an extent that people have begun enquiring about the next phase of polls even as the results of the current ones are coming in. This continuous cycle of electioneering and holding of veritable referendums puts a lot of pressure on governance. Politicians keep dithering and hesitating to take difficult and unpopular decisions, which any well-meaning administration must occasionally take.

We have just been through the din and bustle of a general election. A sort of poll-fatigue has set in. But preparations for the assembly elections in Maharashtra, Haryana, Jharkhand and Jammu-Kashmir are already underway. Needless to say, it puts a strain on the central government, the Election Commission of India (ECI) and the Armed Forces for different reasons.

Frequent ‘model code of conducts’ (MCCs) hold the centre to ransom. The ECI is forever kept busy with the electoral process, and hardly finds any time to formulate and roll out electoral reforms. The Armed Forces find themselves perennially under a state of deployment. It is difficult to forge any sort of multi-party consensus on any issue — be it social, economic or related to foreign policy — in this ever-charged political atmosphere.

There is no gainsaying the fact that we do need a more logical and spaced-out election programme. The tyranny of the election calendar and its demands on politico-administrative system are quite taxing to bear.

One Nation One Poll is much too ambitious an idea for it requires the central government to spend a lot of political capital to build consensus to push through the necessary Amendments required to implement it. By looking at the current timeline, the idea seems almost unfair, unreasonable, impractical and frankly un-doable.

Besides, any such grand idea requires legislation on ‘fixed tenures’, or something equally tricky, which can take care of exigencies arising out of a fall or dismissal of state governments midway through their tenures. ‘Fixed tenures’ might be ruled unconstitutional by courts.

Ultimately , the aim must be to improve governance and not force some grandiloquent scheme to attain bragging rights. With a little bit of imagination, flexibility and spirit of compromise and sacrifice, the Bharatiya Janata Party (BJP) and the National Democratic Alliance(NDA) can actually push forward the idea of One Nation, Two Polls (ONTP). ONTP has the potential to bring down constant electoral pressure on the centre.

In 2017, in ‘Analysis of Simultaneous Elections: The “What”, “Why”, and “How” ’, Bibek Debroy and Kishore Desai of NITI Aayog also proposed two-phase elections as the most feasible solution. Phase I (Lok Sabha + 14 States) during April-May 2019, and Phase II (remaining States) during Oct-Nov 2021. This concept is in-sync with the proposal of the Parliamentary Standing Committee’s discussion paper as well.

They ruled out fixed terms for legislatures. But the problem of premature dissolution and resultant disturbance in synchronous pattern led them to suggest various impractical measures like coupled ‘no-confidence’ and ‘confidence’ motions as well as curtailed tenures, and even President’s Rule at the centre. We must not let the idea of simultaneous elections become a dogma, rather India should try to preserve the simplicity that is a hallmark of our electoral system.

The centre must acknowledge that ONOP comes across as an exercise to weed out mid-term mini-referendums. Even in the US where the Presidential elections are held after every four years, the Lower House gets reconstituted every two years (along with 1/3rd seats for the Senate, which come up for elections every two years). These mid-term Congressional polls are validly seen as virtual referendums. As such, it does not seem quite desirable to weed out all state elections between the five year tenure of the Lok Sabha. In fact, a mid-way poll in half the states shall help in gauging the mood of the nation.

Anyway if they are serious, the BJP must lead by example and take the following steps –

It is striking to note that out of 29 states, only J &K is going to witness mid-term polls (Nov-Dec 2019). Elections in Telangana were held six months prior to their due date since the ruling party opted for premature dissolution of the assembly. All other state assemblies completed their five-year tenures. This is a heartening trend that suggests that once the ONTP convention gets established, it can actually be maintained.

With the proposed schedules, the election programme between 2019 and 2023 might look like what is shown in Table 2.

Our Social Studies’ textbooks used to enlighten us that one of the reasons for high population growth in rural India was lack of means of recreation. Cable TV and social media have turned politics into the much-needed, full-time entertainment and filled crucial gaps. But no country can afford to celebrate an election season for five years and expect that the march towards development won’t be hampered. ‘Poll-aholic’ Amit Shah might miss the din and bustle of ceaseless election campaigns. Yogendra Yadav might not enjoy regular gainful employment as an analyst. Psephology might lose its lustre. But India (and the central government) does need to smarten the election schedule.

Great leaders are remembered for successful ideas and projects — Nehru for IITs and NAM, Indira for the Green Revolution, Bank Nationalisation and Bangladesh, P V Narsimha Rao for liberalisation, and Vajpayee for the Golden Quadrilateral. If persisted upon, ONOP would head the way of the River Interlinking Project — a great idea , but unfeasible.

Perhaps the Prime Minister should settle for One Nation, Two Polls (ONTP), which, with a little bit of self-sacrifice, flexibility and pragmatism, can turn out to be more palatable to swallow, as well as become a part of his legacy.