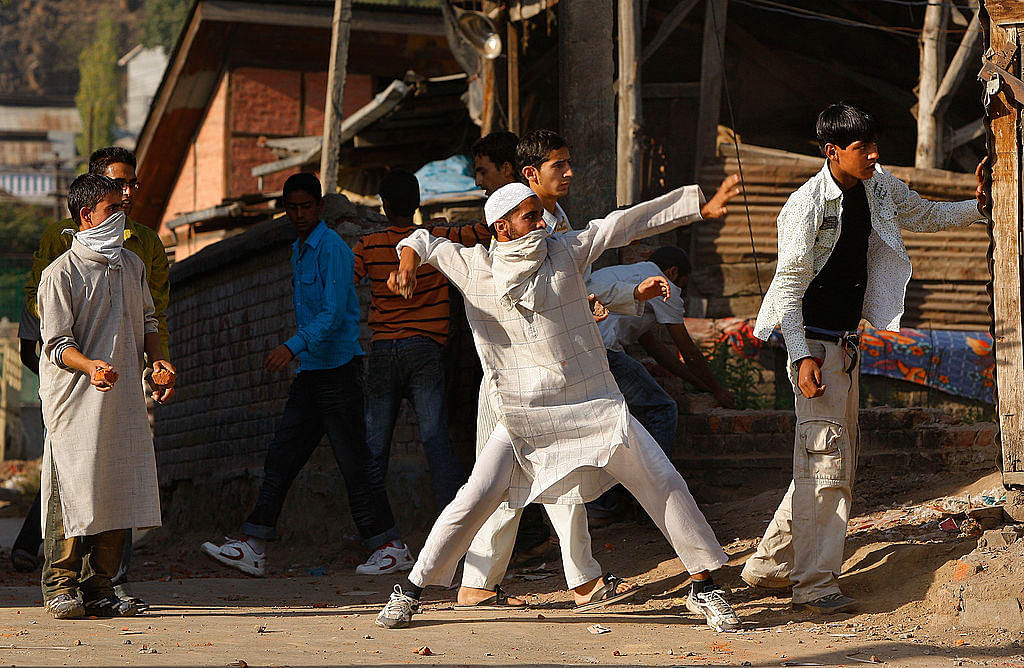 The killing of a Rajasthani bank manager and a Bihari brick kiln worker in Kulgam and Budgam in Jammu & Kashmir has generated more panic among Kashmiri Pandits in the Valley and non-Muslims from outside Kashmir who are working there.

Most of them now want to leave the valley for safer places, even though the state government is unwilling to let this version of “ethnic cleansing” succeed by relocating them.

The government is caught in a bind, because relocating them means admitting the Valley is not safe for non-Muslims; but keeping them there means making airtight security arrangements for thousands of people – a near impossible task.

No solution is ideal, and the one offered by DS Hooda, a former chief of the Army’s Northern Command is even less likely to succeed. Hooda says in a Times of India article that it is all right to temporarily relocate non-Muslims in Jammu or even outside Kashmir – which makes some sense.

But his other suggestions involve more of the same: building the “trust” of Muslim locals in the security forces by making them “feel safe” even while terrorists are being eliminated; adopting a “genuine outreach” to civil society, particularly the youth, since the promise of economic development is not enough to overcome historical grievances and perceived wrongs (oh, really?); and co-opting local politicians in the fight against fear spread through local terrorism (God help us).

How is this any different from what this government and previous governments have been doing? Lt Gen Hooda actually has no new ideas, and his “more of the same” approach is doomed to fail. The only thing worth considering is temporary relocation of the vulnerable, but we know how “temporary” the 1990s exodus was. It only made things worse, and the man who organised it, Governor Jagmohan, was wrongly alleged to have caused it.

What J&K needs is exactly what KPS Gill did to get the Khalistani movement and targeted assassinations of Hindus under control, by rough and ready methods.

Gill was head of police during the peak of the Khalistani militancy in 1991, and in 1992, there were more than 5,000 deaths of civilians and terrorists. By the next year, though, the deaths were down by 90 percent – to around 500 or thereabouts.

What did Gill do?

First, he told his loyal Sikh policemen that they have to fight back proactively, and be feared by the militants rather than fearing them. In J&K, the equivalent would be the creation of a powerful police force comprised largely of Kashmiri Muslims, those who know the areas terrorists operate in, and make them go after them with shoot-to-kill empowerments. In a year or two, the terrorists will be on the run, and Kashmir closer to normality, though actual normality may take years.

Second, it is foolish to ask politicians to help restore order, when politicians are the ones most likely to be vulnerable to terrorist threats. To ask them to help restore order in Kashmir, as Lt Gen Hooda suggests, is no different from asking the hen to get the fox to behave. It is only when the fox is despatched to Jannat that the hen can come into its own. Normal politics returned to Punjab only when politicians stopped fearing the Khalistani terrorists, and that came only when Gill made that possible by eliminating most of the dreaded killers.

Third, the only political move the government should make is to hive off Jammu from Kashmir and give it early statehood, through another act of parliament. This will allow the armed forces and special, well-armed and motivated Kashmiri policemen to hermetically seal the Valley, and finish their job as soon as possible.

The answer to jihadi terrorist is the same as the one given to violent Khalistani terrorism. Gill had answers; Hooda has only platitudes. The reason is simple: when ordinary Kashmiris fear the jihadis, why would they support the Indian state in eliminating terrorism? Till their fear evaporates, they will mouth the same things the terrorists do. They cannot do much to restore normality.

Surely, a bold Modi sarkar can do what a not-so-bold Narasimha Rao sarkar could in 1991?