Opposition To One-Nation-One-Poll Boils Down To One Reason: Fear Of Modi’s Charisma 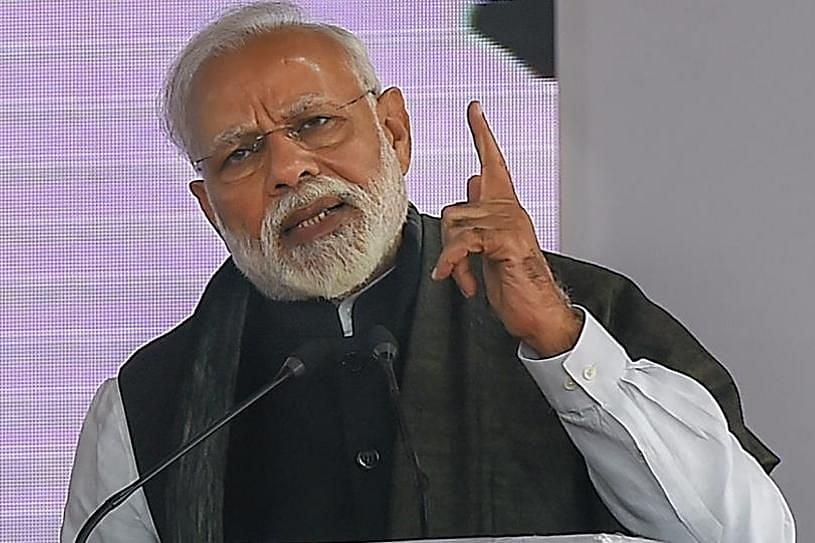 The idea of one-nation-one-poll, mooted by Prime Minister Narendra Modi once again after his big win at the recent general elections, is likely to evoke the usual negativity from opposition leaders, including the Congress and some regional parties. A key exception is Biju Janata Dal’s Naveen Patnaik, who has just demonstrated that even in his relatively backward state of Odisha, the voter is able to distinguish between who she wants in the state, and who at the Centre.

There are two reasons why many opposition parties oppose the idea of holding simultaneous national and state assembly elections. One is the fear that national parties may get the edge in state elections too; and the second – largely unstated – fear is that the change will directly benefit Modi and his party.

The second reason is central – and it is about improved governance. If elections are held simultaneously, there will be no elections every other year to distract governing parties – as is the case now. The model code of conduct will not be in force for several months every year, but only once in five years.

In short, governance will get better. Parties in power can focus on delivering on promises over their whole tenure, rather than just focusing on short-term freebies as they navigate election after election every year. Officials and security forces will be freed from election duty every year.

Those who oppose the idea have the following points to make.

One, what, they ask, happens if a government falls soon after it is elected to power? What happens if there is a hung house and no party is in a position to form a government?

Two, national parties may get an unfair advantage, as national issues could swamp local issues.

These are valid objections, but they can be dealt with as long as one agrees that improved governance is a worthy goal to pursue.

The logical, and middle, path is to have elections in two time-windows every five years: that is, bunch them up once every two-and-a-half years.

If a government falls, we could always have President’s Rule for a few months, but when that expires, the logical thing to do is for the Governor (or the President, in case the instability is at the Centre) to ask the legislature to elect a Prime Minister or Chief Minister, and ask the head of government to include all major parties in it, or govern without taking major policy decisions until the next round of elections are held. You can have a policy-neutral government holding office until the next elections.

Another option, in case we stick to the five-year cycle, is to hold elections as soon as a government falls, but with the caveat that the elected government will have a tenure that is shorter, and coinciding with the regular election cycle. If, say, general elections are held in April-May 2019, and a state government falls in October 2019, the successor government after mid-term elections will rule only until May 2024 – and not get a full term of five years.

Second, the assumption that national parties may get an advantage over regional parties is also fallacious. Reason: when the voter votes separately – though simultaneously – for state and Centre, she knows what she is doing. If a state party can focus on state issues, it can easily carry the day if it is credible. The only advantage for a national party is that it can offer both an agenda for the Centre and another one for the state, but it is far from certain that the voter will buy it. The fact that the voter votes differently in state and central elections has been demonstrated repeatedly in Delhi (2014 and 2015), Bihar (2014 and 2015), and Madhya Pradesh, Chhattisgarh, Rajasthan, Karnataka and Telangana (2018 and 2019).

On the other hand, it isn’t as if regional parties don’t face the same governance issues as national parties, once elected. If local body and municipal elections, not to speak of national elections, are constantly defocusing them from governance, they too cannot deliver on their promises.

The real issue ultimately boils down to Modi. It is Modi’s popularity that the opposition is scared of, not the mere idea of one-nation-one-poll.

In a post-Modi scenario, it is not improbable that even the opposition could find a charismatic candidate to challenge the BJP, or vice-versa. In politics, there is no such thing as permanent popularity, and even an Atal Bihari Vajpayee or Modi is not going to be there forever.

The opposition is being short-sighted in opposing the idea, when it is clearly beneficial for governance.

Or is it just plain scared that it will never produce a good and credible leader ever?