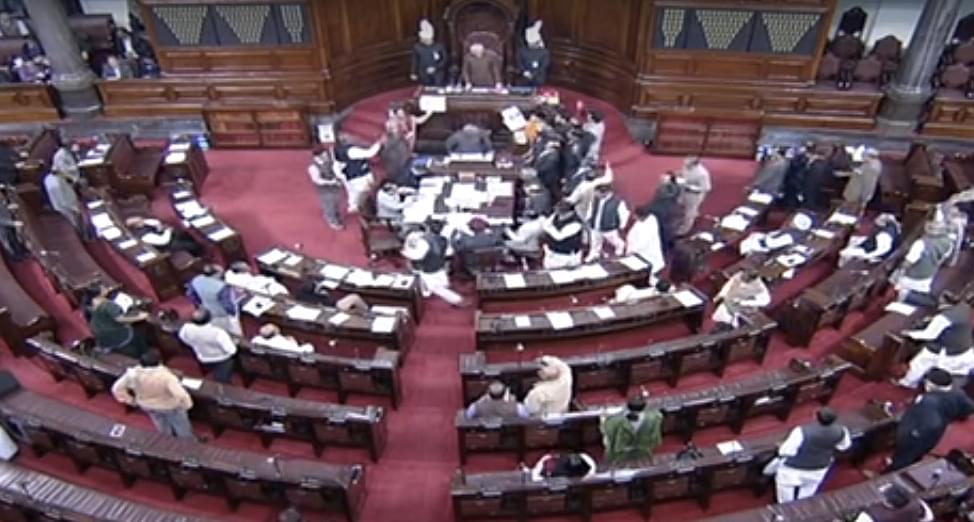 The goods and services tax (GST) may be indefinitely delayed because the Constitution amendment Bill is stuck in the Rajya Sabha, but another big bang reform will come through in the budget session of Parliament in February 2016.

In a smart move, the Narendra Modi government introduced the Insolvency and Bankruptcy Code 2015 – the law that allows for quick closure of ailing companies – in the Lok Sabha as a money bill. Which means the Rajya Sabha can only delay it by 14 days. As this article in Swarajya points out, such a law is necessary for companies to close down and reassign resources to another venture.

For a Bill to be a money bill, it needs to do any or all of the following: impose, abolish or alter a tax; make regulations about borrowing of money or standing guarantee by the central government or impose financial obligations on the central government; deal with payments to or from the Consolidated Fund; declare any expenditure as being charged on the Consolidated Fund.

The Insolvency Code has some provisions that enable it to be categorised as a money bill, among them the establishment of an Insolvency and Bankruptcy Fund which will receive grants from the central government and amendments to the Income Tax Act, Central Excise Act and Customs Act.

The opposition can do nothing but gnash its teeth in frustration. All it can do is create a ruckus to prevent a money bill from being introduced in the Lok Sabha and question its categorisation as a money bill. But the Constitution is clear (Article 110(3)) that in the case of any dispute about the nature of the bill, “the decision of the Speaker of the House of the People thereon shall be final”.

The Insolvency Code has been referred to a Select Committee, which will go through it with a fine toothcomb. It should give its report in the budget session. Once the Lok Sabha passes the Bill, it will be sent to the Rajya Sabha. The Rajya Sabha can do three things: pass it, suggest changes or reject it. But all this has to be done within 14 days. In case amendments are suggested, the bill goes back to the Lok Sabha, but the lower house need not accept these suggestions. Rejection or stalling also has no value. The Bill becomes a law after 14 days.

This will be a huge relief for India Inc. It will undoubtedly give more ammunition to the Congress to call the Modi government a suit-boot sarkar but the new law will help a lot of small and medium enterprises and not just big business. Besides, the trickle down effects of this move will be significant as unviable businesses get shut down and new ones come up in their place.

This is clearly the right way to deal with senseless obstructionism by the Congress, which appears determined not to let any major reform measure that requires legislative sanction go through. Having tasted blood after forcing the government to withdraw the land acquisition Act, it had extended this tactic to the GST Bill as well.

Unfortunately, because the GST Bill is related to a Constitutional amendment, the government could not use the money bill route. But it needs to explore this route for all future economic reform measures that need to go through Parliament. Not all reform measures may have the potential to be categorised as a money bill, but the government should not give up exploring every opportunity there is to insulate crucial economic legislation from filibustering.