PM Security Breach: Understanding SPG And Its Standard Procedures May Be Key To Cracking The Case 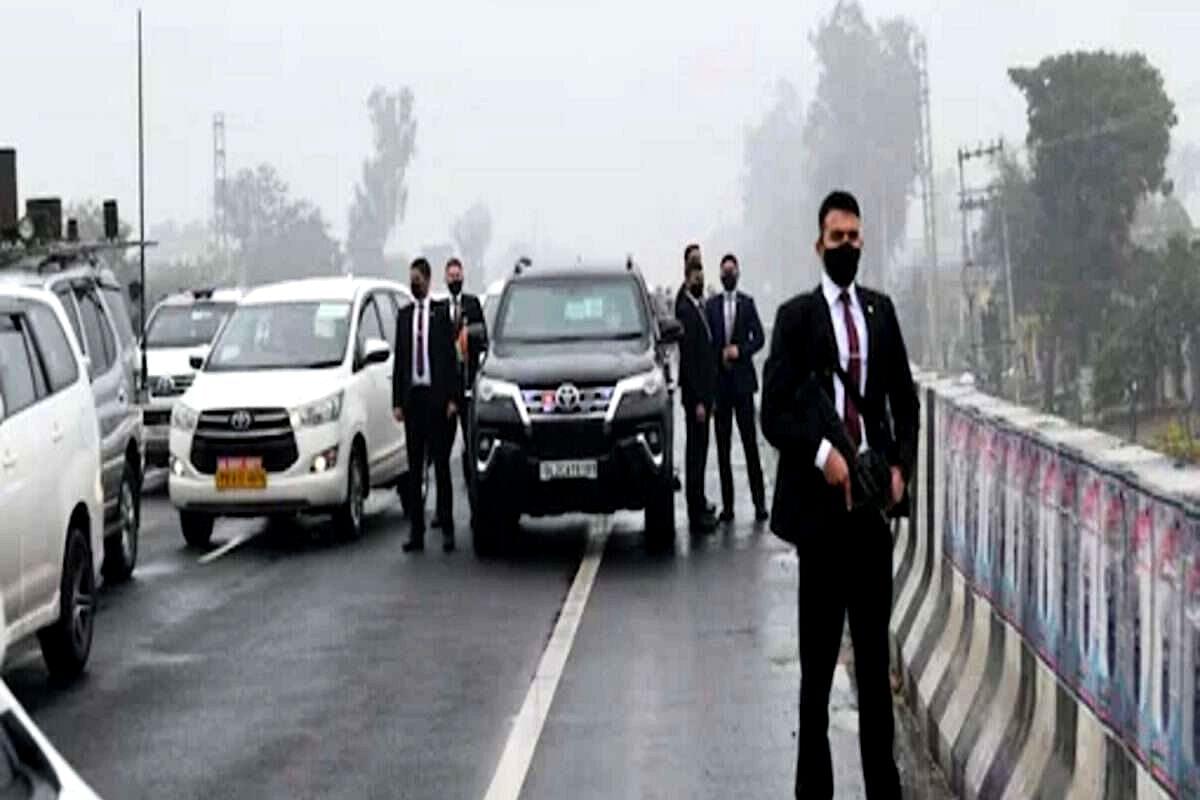 A huge row has erupted in the country over the issue of a breach in Prime Minister Narendra Modi’s security during his visit to Ferozepur, Punjab. The Union Ministry of Home Affairs, calling it a ‘major security lapse’, has sought a report from the Punjab government and asked it to fix responsibility for this lapse and take strict action.

While the Punjab government has constituted a high-level committee to probe the matter, reports suggest that the centre is likely to take action against the erring officials under the provisions of the Special Protection Group (SPG) Act.

“What happened on Wednesday (5 January) in Punjab is a violation of the SPG Act as the state government failed to follow all protocols set by the SPG for the PM’s movement. Things are being worked out. Action will be taken,” MHA said in a statement, reports TheIndianExpress.

To this pretext, let us take a look into what is the standard operating procedure for the Prime Minister’s security:

What is the SPG?

The Special Protection Group (SPG) is an “armed force” entrusted with the exclusive responsibility of guarding the Prime Minister of India. The group is responsible for the safety and security of the prime minister at all times, both in India and abroad, as well as his immediate family members residing with them at their official residence.

The force was constituted in 1988 by an Act of the Parliament of India, namely the Special Protection Group (SPG) Act. The law was later amended in 2019, and as it stands today, SPG protection is granted only to the prime minister of India.

Highlights of the SPG ACT and the 'Blue Book'

The Special Protection Group Act, 1988, is an Act to provide for the constitution and regulation of an armed force of the Union for providing proximate security to the Prime Minister of India and the former prime ministers of India and members of their immediate families and for matters connected therewith.

With the 2019 amendment, the SPG security for the former PMs is now granted for only a year after they step down from office.

The Act has provisions for “providing proximate security” to the Prime Minister of India. As per the definition provided in the act, “proximate security” is defined as the protection provided from close quarters, during journey by road, rail, aircraft, watercraft or on foot or any other means of transport and shall include the places of functions, engagements, residence or halt and shall comprise ring round teams, isolation cordons, the sterile zone around, and the rostrum and access control to the person or members of his immediate family.

However, Section 14 of the SPG Act makes the state government responsible for providing all assistance to the SPG during the PM’s movement.

As per the provision titled 'Assistance to Group', "It shall be the duty of every Ministry and Department of the Central Government or the State Government or the Union territory Administration, every Indian Mission, every local or other authority or every civil or military authority to act in aid of the Director or any member of the Group whenever called upon to do so in furtherance of the duties and responsibilities assigned to such Director or member."

For PMs visits to the states, the SPG follows the instructions as stated in the 'Blue Book' issued by the MHA.

The Blue Book mandates that three days before any visit by the prime minister, the SPG holds an Advance Security Liaison with everyone involved in securing the event, including Intelligence Bureau officials in the concerned state, state police officials and the concerned district magistrate.

Contingency plans are made by the agencies at all levels for any emergency situation. Keeping the road route safe for the PM's travel is the responsibility of the state police. Also, it is part of the SOP that the DGP or a designated officer must travel in the cavalcade of the PM.

A mere 'security breach', or a well-planned conspiracy?

Many are of the view that what transpired at the scene during PM Modi's Punjab visit was a sinister plan to make an attempt at the PM's life, or to provoke a violent retaliatory action from his side, which could later be used as an excuse for whatever untoward might have happened with the PM.

As per the provisions of the Act, the sole responsibility of the SPG commandos is to protect the life of the Prime Minister, and the SPG Act thus, empowers them to do whatever deems necessary to ensure the same - be it opening fire on the probable threat if need be.

At the flyover where the PM was stranded for over 15 minutes, many protestors had reportedly reached as close as 150 m to the PM's vehicle. In such a situation, it is imperative for the SPG to act immediately and ensure that no harm is inflicted upon the PM.

The theory even holds weight as no designated state official was present on the scene, and in case of any mishappening, the SPG commandos, or the central agencies, could easily have been blamed for the same.

Also, as per the recent revelations in the case, the information of the PM's land route was leaked to the protestors by the Punjab police.