PMK Makes A U-Turn In Its Pan-Tamil Nadu Approach, Sets Quota For Vanniyars As Condition For Poll Alliance 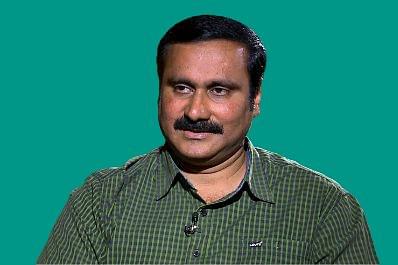 The Pattali Makkal Katchi (PMK), seen as a political party serving the interests of the Vanniyar community in Tamil Nadu, has renewed its demand for reservation for the community and made it a precondition for any alliance in the state assembly elections, scheduled to be held in a couple of months.

PMK founder Dr S Ramadoss yesterday (11 January) tweeted that there were talks on the party’s alliance hinged on meeting its demand for Vanniyars reservation being met.

He said that two ministers of the ruling All India Anna Dravida Munnetra Kazhagam (AIADMK) S P Velumani and P Thangamani met him at his Thailapuram residence in Villupuram and they had discussed only the reservation for the Vanniyars.

Both parties had decided to continue their talks after Pongal, which is on Thursday, the PMK leader said, indicating that his party was firm in its demand, though "no politics was discussed", he said.

The PMK’s grievance is that nine communities that account for some 12 per cent of the population in the state walk away with 48 per cent of gazetted officers and 37 per cent of non-gazetted staff jobs in Tamil Nadu.

According to 1985 report of J A Ambasankar, who headed Tamil Nadu’s second Backward Class Commission, Vanninyars, including sub-sects, comprised 13 per cent of the state’s population.

The PMK, launched in 1989 after the Vanniyar forum's demand for reservation in 1987 turned violent, has been demanding 20 per cent reservation for the community but over the years, it had diluted or gone soft on its demand.

This year, however, it has renewed its demand, probably sensing that the party’s clout even within its community is on the wane.

The perceptible change in the party’s stand now, though, is that it is open to a sub-quota in reservation.

The PMK has suddenly become alive to the situation that its role will be crucial in the assembly elections, given the fact that Vanniyars make up a significant percentage of the population in north and parts of western Tamil Nadu.

The only way then to garner votes from the community is to up the ante on reservation.

The PMK sent clear signals on 1 December last year when it called for a protest demanding reservation for the Vanniyars and its cadre stoned express trains in Chennai after the police refused permission to a group of protesters to enter the capital city.

The PMK’s insistence on reservation now is a far cry from the political strategy it adopted in 2016 when it projected Ramdoss’s son Anbumani Ramdoss as a chief ministerial candidate.

Then, Anbumani undertook a state-wide tour, held state-of-the art meetings and was at pains to tell the people and media that PMK wasn’t a caste-based party anymore.

While Anbumani’s dream of emerging as a potential chief ministerial candidate crashed five years ago, the PMK, too, fared poorly.

With PMK failing to earn the confidence of the people in the state, it drew a blank and gained nothing even in terms of vote percentage.

In the 2019 Lok Sabha elections, PMK reunited with the National Democratic Alliance (NDA) with the AIADMK, Bharatiya Janata Party, and others but again failed to win any seat.

Thus, the PMK has now been forced to think hard and redraw its strategy and reformulate its policies. As a result, gone are its pan-state view and its stand that it does not represent one particular community.

Ramdoss’ current stand is a throw-back to 1987 Vanniyar forum demand during the AIADMK’s reign under M G Ramachandran, who did not keep good health then. The community forum resorted to blocking roads by cutting trees and pelting stones at vehicles then.

The agitation went of hand with police having to fire at unruly Vanniyar community groups, resulting in the death of 21 persons.

However, the PMK’s demand was partly accommodated in 1989 by the Dravida Munnetra Kazhagam (DMK) government led by the late M Karunanidhi.

Since then, the party chose to keep silent, including when it was part of the ruling AIADMK alliance in 2001.

The PMK froze its demand when it was part of the NDA during 1998-2004 Atal Bihari Vajpayee’s regime and also the United Progressive Alliance (UPA) during 2004-2009.

During the time when the PMK was part of either the NDA or UPA cabinets at the Centre, reservation demand for the community took a back seat, particularly after Anbumani became the Union Minister of Health and Family Welfare.

Though the PMK was part of the NDA when it regained power in 2014, PMK’s efforts to get Anbumani inducted did not yield results as he was under a cloud in a graft case.

In 2019, the Delhi High Court set aside the trial court orders to frame charges against Anbumani in two cases for allegedly favouring two medical colleges.

But that did not pave way for Anbumani’s return to the Centre since the PMK had made it clear that its presence in the NDA was only through the AIADMK.

Much to the chagrin of the party, the Delhi High Court ruling was scrapped and the lower court was asked to file the charges. Anbumani has now approached the Supreme Court for relief.

Though Tamil Nadu Chief Minister Edappadi K Palaniswami (EPS) has not adopted the aggressive stance of his predecessor M G Ramachandran in tackling the reservation demand, he set up a commission to collect caste-wise data on castes, communities and tribals in Tamil Nadu on 21 December.

The commission, headed by retired judge A Kulasekaran, has been asked to submit its report within six months but PMK is not ready to accept it, probably fearing either the electoral outcome or what will happen in the aftermath of the elections.

Ironically, Anbumani, who was projected as the best man fit to rule Tamil Nadu in 2011, is nowhere on the scene. That’s an indication that Ramdoss has given up his dream to see his son lead the state and the PMK feigning to be a pan-Tamil Nadu party.