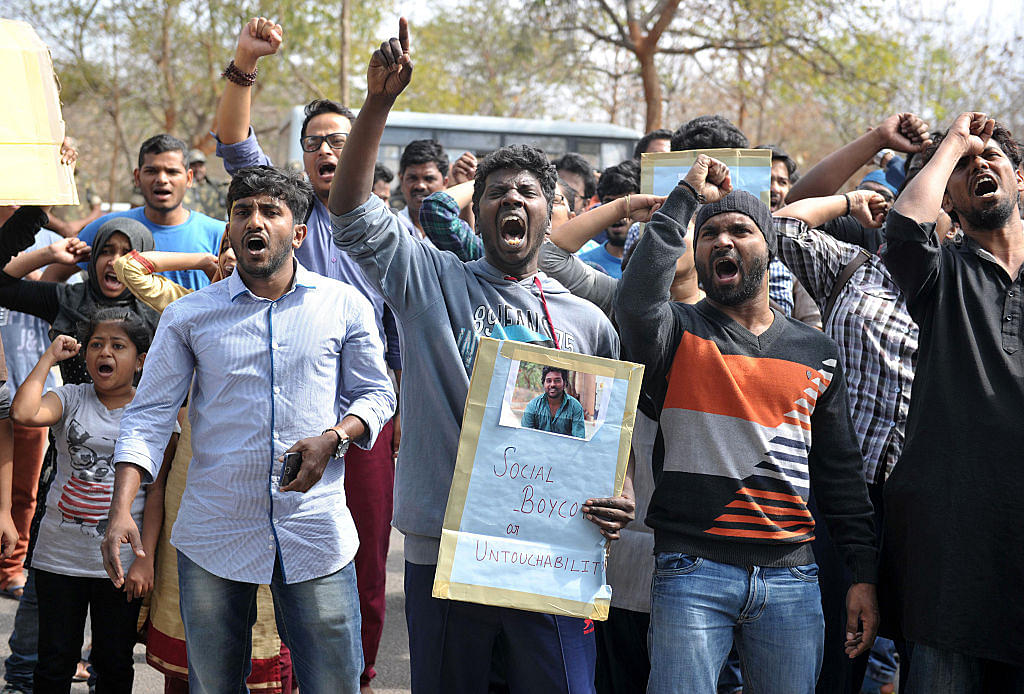 When politicians take interest and offer support, things go bad or situations turn ugly. This is what happened today (Tuesday) in Hyderabad.

Ugly scenes were witnessed at the University of Hyderabad as Vice Chancellor Appa Rao Podile rejoined work after nearly two months on leave. One student suffered injuries to his arm as the students broke the glass panes of VC’s lodge on the university campus. University officials have requisitioned additional police forces to deal with the situation on the campus.

Students, who have been protesting ever since Dalit research scholar Rohith Vemula committed suicide inside the varsity campus, vandalised the VC’s residence and office before he addressed a press conference. The students broke furniture, television set and printer. They went on a rampage as they were angry over the VC rejoining work.

Meanwhile, Jawaharlal Nehru University Students’ Union (JNUSU) president Kanhaiya Kumar, who has been booked under sedition over raising of anti-national slogans inside the university, will be visiting the Hyderabad Central University on Wednesday.

He is scheduled to meet with Veumla’s friends at a part of the Hyderabad campus where a makeshift memorial has been set up for the 26-year-old.

However, the university officials say Kumar’s meeting with students, which is likely to include a speech, has not been sanctioned.

Appa Rao had in the last week of January proceeded on an indefinite leave in the wake of Rohith’s suicide. Rohith’s suicide on the university campus in January had led to protests not just inside the varsity but by students’ community across the country.

Rohith, 26, committed suicide by hanging himself in the Hyderabad Central University campus in January. He was earlier suspended from the university hostel in August last year by the administration for allegedly attacking an ABVP leader.

The university had allegedly stopped giving scholarship to Rohith after the incident which led to financial hardship and culminated in his suicide.

Also in August 2015, Union minister Bandaru Dattatreya, in a letter to HRD Minister Smriti Irani, had alleged that the Hyderabad Central University had become “a den of casteist, extremist and anti-national politics”.

It was alleged that Dattatreya had sought action against research scholars including Rohith. The police had booked Dattatreya, Appa Rao and two others for ‘abetting’ the suicide of Rohith.