Post-Headley, How Will The Ishrat Jahan Lionisation Industry Twist The Tale? 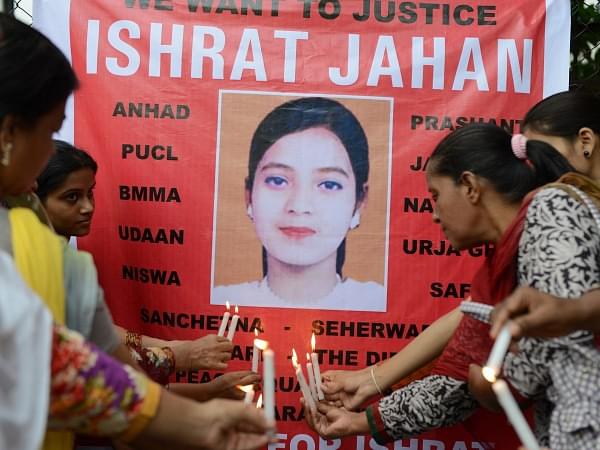 Don’t expect anything to change. The rot will continue. In media, in institutions, in public discourse. The only hope and saving grace is an educated, well-informed electorate.

David Coleman Headley, one of the main accused in the 26/11 terror case, has admitted in his deposition to the Mumbai court that Ishrat Jahan was a suicide bomber of the Lashkar-e-Toiba. Ishrat was killed in an encounter in 2004 along with three other alleged terrorists, two out of whom were from Pakistan. According to this report, this is how Headley admitted to the court that Ishrat was a terrorist.

Ujjwal Nikam:: What was the relation between Abu Aiman and Muzammil Bhatt?David Headley: They were together in Kashmir

Ujjwal Nikam:: Do you know of any suicide bombers in the LeT and can you recollect any?David Headley: No.

Ujjwal Nikam:: Did Zakiur Rehman Lakhvi tell you about any botched up operation that Muzammil Bhatt was involved in?David Headley: Yes, I believe there was a shootout with the police in India at some naka or picketUjjwal Nikam:: Did Zaki-ur Rehman Lakhvi (LeT commander) tell you that Bhatt was involved in it?David Headley: A woman was also there who was killed in the shootout with the police. She was an Indian member of the LeT.

This is not a new finding, but only a confirmation of what intelligence agencies have been saying all along. According to media reports, Headley himself had confessed so, certifying the Jihadi credentials of Ishrat to the NIA team which had gone for questioning him when he was held in a Chicago prison. But the agency had dismissed these media reports as hearsay. One now wonders to what extent the instruments of the state security apparatus, even ones as important as the NIA, were probably compromised at the altar of politics by the Sonia Gandhi-led UPA.

Asif Ibrahim, credited with dismantling the Indian Mujahiddin module in India, had also opposed the CBI’s attempt to fix Narendra Modi in the Ishrat Jahan “fake encounter case”, by opposing the CBI’s attempts to rope in Rajendra Kumar, who had tipped off the Gujarat police on Ishrat and three others planning an assassination in 2004. He had shot off a letter to PM Manmohan Singh and Home Minister Sushil Shinde saying that CBI had enough evidence that proved Ishrat was a LeT suicide bomber.

In 2013, India Today had also run a story revealing that Ishrat’s handlers had entrusted her with the responsibility of assassinating the then Chief Minister of Gujarat, Narendra Modi. The news network had released audio tapes of the conversation of a LeT commander and Javed Sheikh, one of the Jihadi colleagues of Ishrat killed in the encounter. The encounter is being questioned in courts as a fake encounter.

In his overzealousness to appear secular, Nitish Kumar, the potential electoral counter to Modi (in the 2014 Mahabharat), didn’t have any qualms about his party leader Ali Anwar appropriating Ishrat as ‘Bihar Ki Beti’.

Communist Brinda Karat even inaugurated a ‘Shaheed Ishrat Jahan’ ambulance in the Mumbra area outside Mumbai.

Spin doctors of the old media pulled out every trick they could from their hats to  humanise a jihadi terrorist by calling her ‘moon-faced’, ‘sole breadwinner of her hand-to-mouth family’, etc.

Will the latest revelation by David Headley change the narrative among SLOBs – the Secular-Left Outrage Brigade? Possibly not.

Accepting Ishrat as a terrorist is out of the question. That will deal a huge blow to their ‘Idea of India’ narrative and the slanderous campaign that they have run and sustained for a decade.

SLOBs will try to do what they do best: Spin the story in a way so as to discredit it. Right now discrediting Headley’s testimony seems to be the easiest way out.

Expect some to call Headley a sellout to the Indian establishment. Never mind the fact that the guy is held in an American prison and has no incentive to cooperate with Indian judiciary.

Anytime now, we can expect a sympathy march in JNU, the cesspool of leftism, with slogans like ‘Tum kitni Ishrat maaroge, har ghar se Ishrat niklegi’ and calling for the destruction of India.

Terrorist sympathizers, the more subtle ones, will limit themselves to just taking out mombatti marches in her memory.

Finally, don’t be surprised if you find a headline in leading national daily that reads,”And They Killed Ishrat Jahan, Again’.

Nothing will change. The rot will continue. In media, in institutions, in public discourse. The only hope and saving grace is an educated, well-informed electorate.