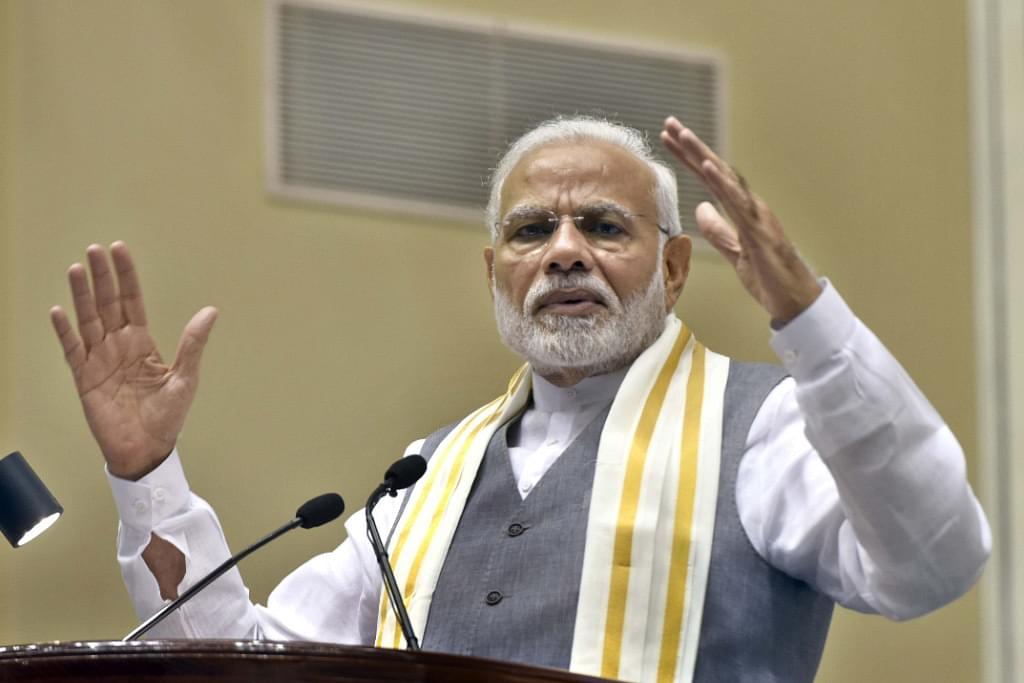 “We need big and bold reforms” — this is often said in the Indian media. Many commentators who write on economics and current affairs have often used this phrase over the years. Perhaps, one reason people asked this was the tacit assumption that there won’t be any big and bold reforms.

So they could keep asking the same question column after column, year after year, and yet the contention remained valid.

This was until Prime Minister Narendra Modi took over in Delhi. Since 2014, Prime Minister Modi has unleashed a series of structural changes which are having and will have far reaching impact on Indian economy, society and foreign policy.

He has gone from strength to strength, winning the nation’s renewed and stronger confidence in 2019.

The 2020 monsoon session of Parliament will be very much in contention as the single-most impactful session ever in the history of the country. While several bills were passed in this session, five areas stand out for their far-reaching impact on the destiny of India.

Firstly, the government completed the process of labour reforms which started with the passage of the Wage Code bill last year. Now, labour codes on industrial relations, occupational safety, health and working conditions and social security have also been passed by Parliament. These are the biggest reforms ever in the labour factor market.

The government has ensured that Indian entrepreneurial spirits are rekindled, foreign firms look at India as a favourable investment destination and the concerns of Indian workers are also accounted for.

Secondly, the agriculture reforms will unshackle Indian agriculture and enable the farmers to double their income over the next few years.

Indian farmers have generally bought what they need for farming in retail, but have sold their produce in wholesale — a big travesty.

For the first time, the Modi government has ensured that Indian farmers can go to the market with full confidence and the right to sell their crops at market price. This is a bold move because it makes sure government is no longer infantalising the farmers.

Thirdly, the amendments to the Companies Act have been path breaking. In May, Finance Minister Nirmala Sitharaman had announced the intent to decriminalise several offences under the Companies Act. That has now been legislated formally. This is a big step in recognising the key part played by Indian businesses.

Small and medium businesses take risk and bring in capital to create jobs in India. They should not be penalised for minor mistakes made in the course of the business. The government has clearly signalled that it respects wealth creators.

Fourthly, Home Minister Amit Shah brought in important changes to the Foreign Contribution Regulation Act (FCRA). While the non-profits in India can continue to operate for the betterment of society, the government is making sure that any foreign contributions received are not misused.

The recipients will have to use the funds for their core activities and not on themselves for administrative purposes. This will limit misuse in the areas of money-induced religious conversions first and foremost.

Another area where the misuse will be plugged will be demonstrations and protests against India’s national interests.

Meaningless protests against all development agenda — be it factories or roads or infrastructure assets — have taken place in the last few years. Why should Indians be deprived of a better lifestyle via protests funded from overseas?

Fifthly, the focus on policing reforms by Home Minister Shah is commendable. He understands that India needs proper training in the area of policing and internal security so that the personnel deployed understand the complexity of their jobs.

The designation of Rashtriya Raksha University, formerly Raksha Shakti University in Gandhinagar, Gujarat, as a central university is a step in the right direction. It is a model security educational university covering the key area of behavioural and functional skills needed for better policing. This is yet another far-reaching thought implemented by the government.

Usually a single reform in one sector is celebrated for days together. This time we have had very eventful 10 days, with reforms in many sectors — all equally important and leading to fundamental changes in the way the Indian economy works.

When Prime Minister Modi gave the call for an Aatmanirbhar Bharat, an India which is self-reliant, not inward looking but rather not afraid of taking on the world, he had mentioned his intent of taking up a series of structural reforms. It has only taken one Parliament session to translate that into action, despite very difficult operating conditions due to the Covid-19 pandemic.

It is a pity that some commentators are trying to find fault in the very measures they have advocated over the years.

Indians have always fought adversities with strong will and courage. Using the helping hand lent by the Modi government, Indian farmers, traders and workers will once again do the same in the post-pandemic world.

The critics can keep searching for the needle that pricks from their haystacks, but the Indian society is resilient and not fragile. These government nudges will further improve the living conditions of the last person standing in the economic queue.

On 25 September, the birth anniversary of Jan Sangh stalwart Deen Dayal Upadhyaya, there is no better tribute to the spirit of the antyodaya. The Modi government has once again demonstrated that it is living and breathing the long-cherished ideal of antyodaya and making India better, stronger and prosperous.