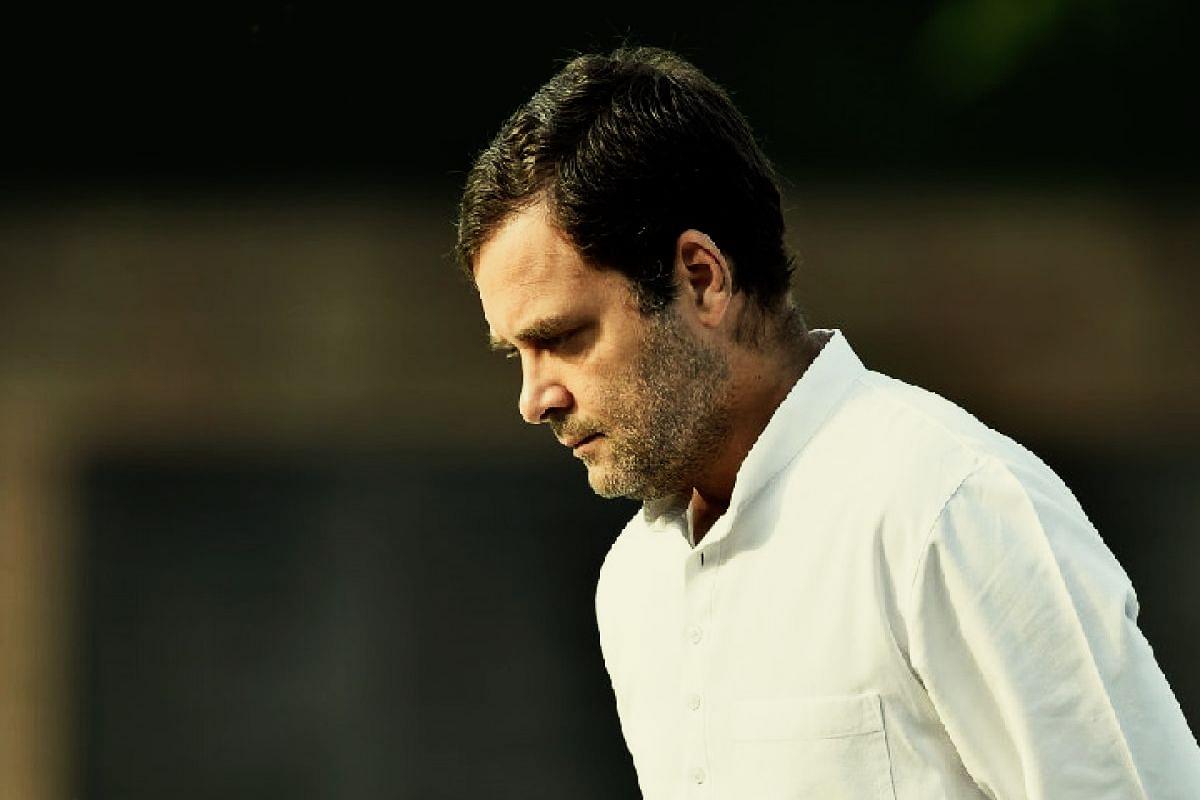 One of the few admirable things Rahul Gandhi has done is to stick to his stand – so far – to quit his party post. And one of the worst things his alleged well-wishers are doing is to dissuade him from doing so.

Rahul Gandhi, like his mother before him, was always a reluctant politician. In a country where politics is a full-time, often 24x7 vocation, he was simply not cut out for its rigours. Unlike his mother, who could control her party once she decided to abandon her reclusive status and enter formal politics, Rahul is neither fit for command-and-control leadership nor fully democratic politics.

Rahul seems to like his space and down-time, and even though he discovered his voice two years ago, he chose all the wrong issues to wrap his political statements around. Whether it was backing the tukde-tukde gang at Jawaharlal Nehru University, or using the Chowkidar Chor Hai slogan against Narendra Modi, or his suit-boot-ki-sarkar jibe, it showed poor judgement. You do not attack your opponent in his strongest areas – nationalism or personal probity. Rahul efforts to paint Narendra Modi as some kind of captive of business cronies made no sense, when everyone and his aunt knew that this was what was true for the period under United Progressive Alliance (UPA) rule.

It is possible that Rahul Gandhi was trying to wipe out his father’s taint on Bofors, and his mother’s in corruption-infested UPA-1 and UPA-2, by smearing Modi with the same muck, but it simply did not stick.

Clearly, Rahul does not know how to separate bad advice from good. And any politician who cannot figure out who among his acolytes and advisers is worth trusting is unlikely to succeed. This is one of the reasons for Rahul Gandhi’s failure, and he probably knows this better than anyone else. His instincts are thus right that politics is not for him.

If many, including some party insiders and opposition parties, are still trying to keep Rahul at the top of the totem pole, clearly this has more to do with their own vested interests than the interests of the Congress party.

The anxieties of his close advisers and hangers-on are understandable. If Rahul moves out of the power matrix, their own salad days will come to an end.

As for the DMK’s M K Stalin and RJD’s Lalu Prasad Yadav, one wonders why they think Rahul is some kind of essential ingredient in an opposition alliance. Stalin laid it on a bit thick when he said that Rahul may have lost an election, but had won people’s hearts, while Lalu said that a decision to quit will not only hurt the Congress, but the entire opposition.

This is hogwash. If Rahul had really won a significant number of hearts on the campaign trail, he would not have lost his own seat in Amethi to an outsider like Smriti Irani.

On the contrary, one wonders how Rahul failed to reconnect with the Amethi voter when Irani was beginning to show traction between 2014 and now. There was clearly some arrogance or obstinacy in him that refused to believe that voters in his backyard were willing to consider voting for his opponent, and that he didn’t need to campaign hard to win back their confidence. His decision to contest additionally from Wayanad probably convinced voters who may have been willing to vote for him to also switch to Irani.

There are probably two reasons why both Lalu and Stalin are still batting for Rahul: one, having anointed him as Prime Minister material when no other opposition party was willing to do so, they are embarrassed that India rejected the idea emphatically. Two, both Lalu and Stalin are progenitors or beneficiaries of dynasty politics, which took a hard knock from the Modi wave. Their own legitimacy depends on giving legitimacy to the Congress dynast.

It is possible to point out that there are dynasts even in the BJP, where fathers and sons continue to retain power posts in the party, but there is one huge difference. All BJP dynasties are transient, and not one of them controls the whole party. This is not the case with parties like DMK, RJD, Shiv Sena, LJP, NCP, SP, TRS, JD(S), RLD, et al.

Rahul should know that his well-wishers are really not his well-wishers, and they are backing him for their own narrow purposes. He should thus stick to his decision to opt out of an active role in the Congress party, though there is no reason why he cannot remain an effective MP – unless he wants to bow out of active political life altogether. He can, however, help oversee a transition to a new leader, popularly elected by party members.

In real life, political vacuums get filled sooner than later, and if Rahul isn’t around, the party will surely find someone else to head it. If it splits, we will have several regional Congress parties emerging.

If he is honest with himself, Rahul Gandhi will know that he is not indispensable. Acknowledging this is the greatest and most humble thing he can do.

If rivals gloat, it shows them up as arrant fools. The Indian public always puts people who give up power on a pedestal. His mother did so in a fraudulent way in 2004, when she gave up the office of Prime Minister, but then anointed a prime minister who was subservient to her. Rahul should not follow her dubious path. A resignation that isn’t quite one is not what one expects from him.