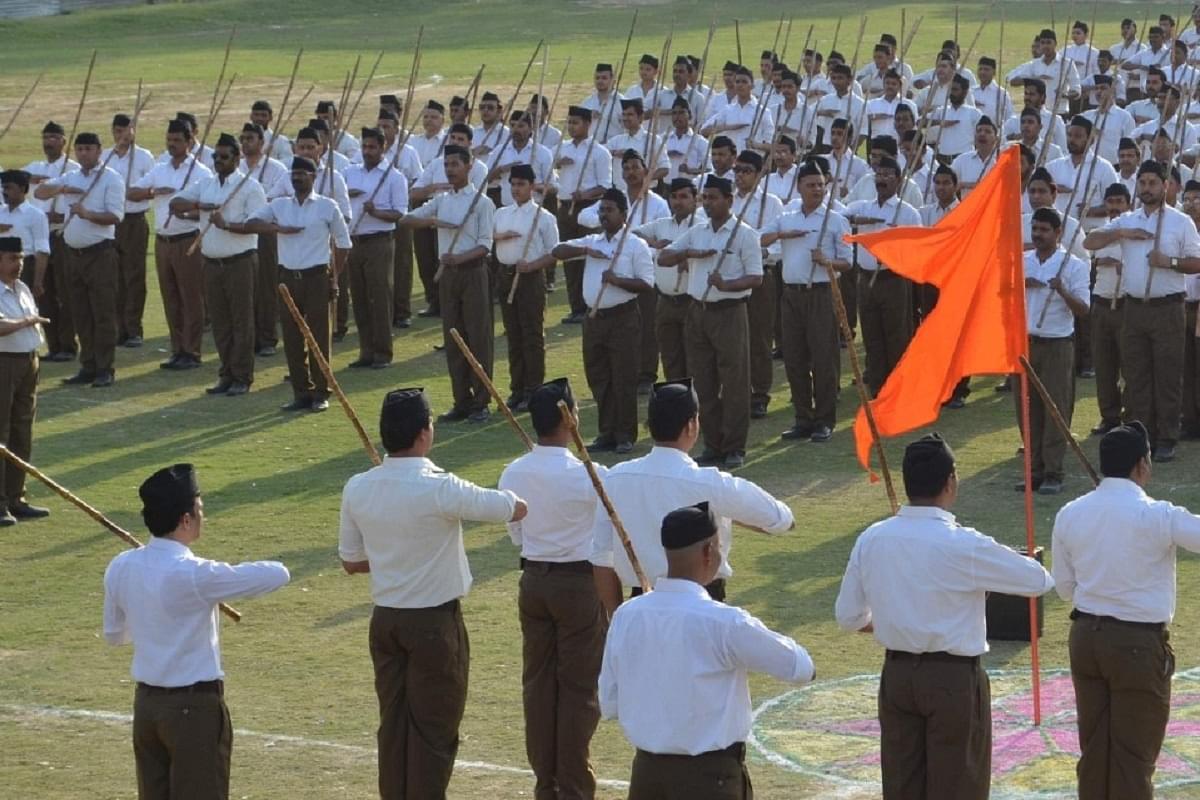 To commemorate India’s 75th year of independence, the Tamil Nadu unit of the RSS had planned to conduct this year’s route marches in 50 locations across the state on 2 October 2022. Complying with all civil procedures, permission to conduct the marches was sought from the police authorities/state government.

With the requisite permission not forthcoming, RSS approached the Madras High Court. The honourable court decreed that the state government/police to provide bandobust for conducting the march on 6 November 2022.

It is deplorable that some of Tamil Nadu’s ministers and politicians especially those helming caste-based parties opposed the rally citing non-existent law and order issues. It is ironical that the route march rally has been conducted in an organised and peaceful manner by a truly nationalist organisation like RSS over the past nine decades.

The reasons put forth by the state government for denial of permission were even questioned by the honourable judge of the High Court.

The judge quoted that FIRs of 2007, 2008 and some magazine reports could not be a criteria for denying the permission.

The state government quoted implausible and trivial reasons like monsoon, traffic, minority presence in some areas despite the proposed schedule sought for conducting the march was Sunday, 6 November 2022.

The Madras High Court decreed against the anti-Hindu Tamil Nadu government for banning the RSS rally.

However, the judgement allowed the march to be conducted in 44 of the 50 locations only, albeit with a lot of riders. Barring three locations like Cuddalore, Kallakurichi and Perambalur, the ruling imposed severe restrictions for rest of the 41 places like conducting the march in an auditorium or within the four walls of compound.

This was not acceptable to the RSS and they decided to appeal against this verdict. RSS conducted the route march in three district headquarters of Cuddalore, Kallakuruchi and Perambalur on 6 November 2022 as it was permitted by police/court.

Braving all threats and the stringent conditions, around 1,000 RSS swayamsevaks marched along the streets to demonstrate the organisation’s nine decades of systematic work. The RSS’s motto of preparing the society for discipline, unity and service is paying dividends, as can be seen from the enthusiastic response from all.

While India has witnessed protests by Popular Front of India (PFI) to convert the country into an Islamic nation by 2047 and anti-India ‘tukde tukde’ gang protests across Delhi, it is farcical to deny permission for RSS rallies in Tamil Nadu, which exposed the pseudo-secular practise of the state government.

RSS rallies are not blocked even in communist-ruled Kerala or in the most sensitive places like Kashmir. The state government is trying to block anything and everything associated with the nationalistic spirit. The fear of opposing ideologies and erasing it is fascism. History shall remember this fear and how this ban backfired.

The Cuddalore, Kallakuruchi, Perambalur route marches on 6 November established the organisation’s tenacity, disproving the charges put before the judiciary by its staunch opponents.

Inevitably, RSS has decided to approach the courts to challenge the state government’s decision not to approve the full-fledged rally. Truth shall emerge eventually and the last word on this is not spoken yet.

K R Shankar is a strategic sales head at Fine Chemicals. He writes extensively on socio/political issues in various online publications.
Get Swarajya in your inbox everyday. Subscribe here.
Tags: