Ram Mandir: Those Who ‘Mixed Religion With Politics’ Were Only Doing Their Duty, And Morally So 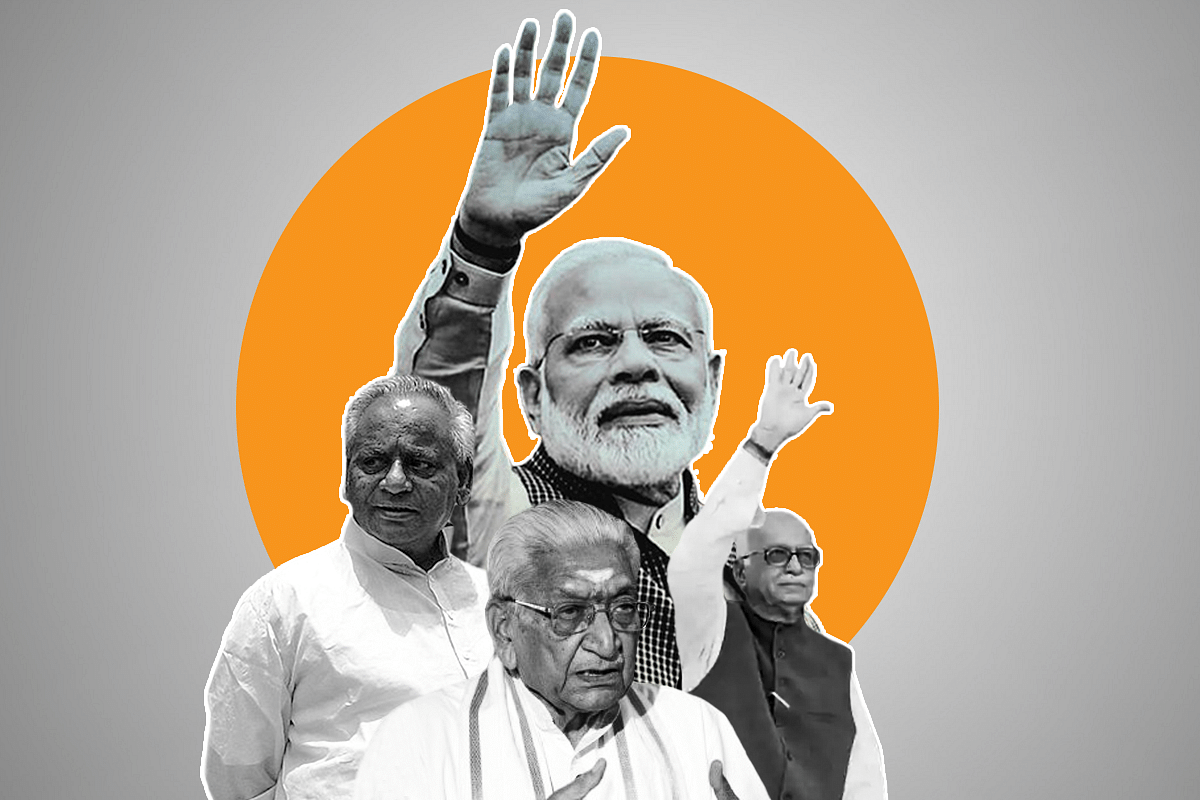 Politics was necessary for temple construction

On the Ram mandir, those who complain of ‘mixing religion with politics’ are indirectly saying that the temple should not be built.

Indirectly, because they do not seem to have the courage to say so in simple terms. Ambiguity, even perceived, has its own comfort.

The basis of my charge is this: once you agree that a temple to Ram should be built at the site, then the only way to get that done was through organising Hindu society politically.

Politics was the medium. Temple was the objective. You cannot oppose the only medium through which an objective can be achieved and still say that you are all for the mission.

But why was politics the only way to realise the Ram temple?

Because the temple could only be built through the action or direct support of the Indian state. And the only way to get the Indian state, or any state, carry out the will of the people is through politics.

Sure, the temple construction is only being realised after a unanimous judgment of the Supreme Court, but ask yourself: would the verdict have been similar if in place of the BJP, it was the Congress which got 282 Lok Sabha seats in 2014 and 303 in 2019?

Would the case even have reached the Supreme Court, after a journey of 135 years, if it was not so important politically? And would the case have achieved such a political importance had it not seen the largest mobilisation of Hindus in post Independence India? This mobilisation was driven by devotion, yes, but its aim was unabashedly, and very rightly, political.

In practical and direct terms, it wasn’t any religious community that was preventing the Hindus from constructing a temple at the site, but the state itself. Ergo, what was needed was either leverage or direct control over the state. Mere ‘devotion’ wasn’t going to deliver that. Politics would.

This argument stands strong even if you superimpose it on the sixteenth century, when the original temple was destroyed.

The temple which stood at the Ram Janmabhoomi was brought down by the might of the Mughal state.

Even in that era, restoring the temple would have required defeating the local seat of Mughal authority in armed conflict and declaring the region liberated. In other words, seize power. Political power.

Here again, politics was necessary, though in a different form — rather than democratic strength, victory was determined by which side was better at combat.

But would Ram have approved of it?

The most noble-sounding opposition to the temple construction goes something like this: ‘Ram is great; we should all be devoted to him, but we should not contaminate this devotion with politics’.

This line of argument, if I may, is dishonest too, and for two reasons.

One, anyone making this argument is positing an abstract solution for a practical, real-world problem. He is trying to bring in philosophy because he knows he doesn’t have a case in logic or common sense.

As said earlier, merely chanting the name of Ram wasn’t going to get the temple built.

What was needed was to hit the streets, gather in the thousands, and then chant his name, and collectively unify behind a political party — that promised the temple — to make the sheer number of temple supporters count.

Second, even if the 'devotion-politics' relationship has to be discussed within the realm of philosophy, then the philosophically appropriate view of it is that politics for the sake of the temple was only a natural extension of devotion to Ram, and not a contamination of it.

To the extent that devotion to Ram includes moral courage, struggle for justice, stomach for a fight, adherence to duty, and above all, patience, those who led and participated in the Ayodhya movement were only fulfilling a comprehensive and robust definition of being a devotee of Ram.

In modern times, a nation organising itself politically to gain control over the state is literally the definition of nationalism.

In Independent India, over time, the state had diverged too far from the nation. A relationship that had to be natural had become perverse. Bharat Mata was being asked to get into an ill-fitting, moth-eaten gown of Queen Victoria. The gown had to fit, even at the cost of deforming the body.

The Ram Mandir movement, hence, was not only a struggle for a temple, but a gigantic exercise in an attempt to restore the natural order of things. The state has to express the will of the nation; the nation doesn’t have to deform itself to conform to the whims of the state. Prime Minister Modi was hardly indulging in hyperbole when he compared the Ayodhya movement to the Independence movement.

In our age, that expression is electoral politics.