Ram Mandir: Why Hindu Groups Have Their Work Cut Out Even If They Win The SC Case 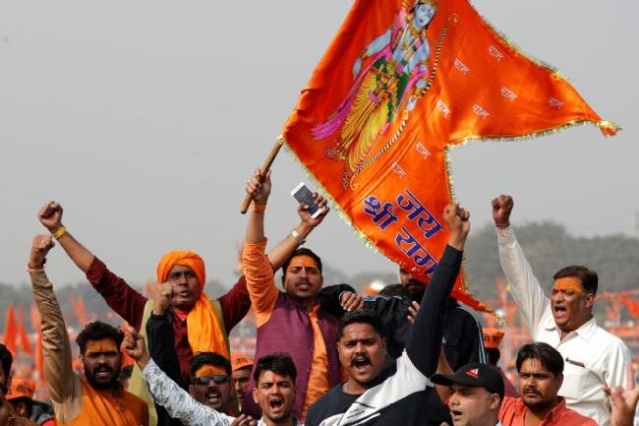 The five-judge Supreme Court bench hearing the Ram Mandir case has done well to set 18 October as the deadline for concluding hearings. It has even promised to work on Saturdays if extra time was needed by the petitioners.

The deadline was necessitated by the impending retirement of Chief Justice of India (CJI) Ranjan Gogoi, who will hang up his robes on 17 November. If he had retired without giving finality to the judgement, a new bench would have had to hear the case all over again. This would have suited the 'secular’ parties, which would like the case to drag on endlessly. Luckily the bench scotched that possibility yesterday (18 September) by announcing its deadline.

Now, if the hearings conclude by 18 October, the judges will have four weeks in which to write their collective or separate judgements.

Given the composition of the bench – apart from CJI Gogoi, we have two future CJIs, S A Bobde and D Y Chandrachud, plus Ashok Bhushan and S Abdul Nazeer on it – the chances are that the verdict will not be unanimous. One can at least expect justices Nazeer and Chandrachud to write separate, if not dissenting, verdicts, though it is by no means certain that the other judges will swing in one direction. A split verdict will intensify calls for a larger bench, and so one cannot also presume that this will be the end of all litigation relating to the Ram Mandir.

But, either way, all sides must start preparing for the endgame – especially the Hindu parties and the governments of India and Uttar Pradesh – so that the final outcome is in favour of the temple.

Technically, three verdicts are possible. One could favour giving the entire land to the Hindus, another could give it entirely to the Muslims with some rights for Hindus to worship in the area, and the third could resemble the Allahabad High Court verdict, which gave two-thirds of the land to Hindu parties, and one-third to the Muslim side. For wanting to appear fair to both sides, one can presume that the Allahabad verdict of compromise will offer a tempting template for the bench.

No matter what the outcome, Hindus must clearly plan ahead and settle problems that can be foreseen even now.

For example, it is quite likely that the central and Uttar Pradesh governments will move to take over the land no matter what the verdict is in November. This is logical when the basic dispute is being treated by the Supreme Court as a property tussle rather than one of religion.

Even if the property is handed over to the Hindu parties, given our quarrelsome nature, one can expect the Nirmohi Akhada and the Ram Janmabhoomi Nyas, among others, to start fighting over who should have which part of the land, and eventual control of the temple. The government, which will play a key role in acquiring not only the disputed site, but also the adjoining land, will continue to have a hand in the pie.

On the other hand, as a matter of principle, the temple should be run where the voices of devotees reign supreme, and not that of the government or the two litigating parties. For India’s temple freedom warriors, it makes no sense to allow the government to control such a crucial temple directly, when they are fighting for freeing temples from state control in other states in the south.

The government’s role must be limited to gaining control of the land and handing it over to a temple trust created by Hindu groups and devotees. The government can also legislate or prescribe the right kind of corporate and governance structures for the temple.

The Ram Mandir cannot merely be a place of worship run by a small cabal. It must become a centre for building Hindu unity through social rejuvenation, where educational and health services are also provided to the poor. Tourism will boom once the temple is constructed. This means the ultimate temple properties will be large, and they must be managed transparently on sound management and governance principles.

None of the current litigants from the Hindu side looks competent enough to ensure that this happens, which implies that government will step in sooner than later.

This is not a development Hindus should be comfortable with, for when governments run temples, they cannot promote the faith by seeking to bring in more followers. They will run it like a railway station, or like a public utility.

On the other hand, what the Ram Mandir needs to achieve for Hindu society is not just denominational unity, but become a focal point from which to grow the faith. This is what churches and mosques do, and Hinduism cannot compete with the Abrahamic faiths without targeting more ‘ghar wapsi’ or conversions from other faiths.

It would be a tragedy if the Ram Mandir in Ayodhya merely becomes another tourist spot, a place from which corrupt politicians and babus skim the cream off the money donated by devotees – as is the case with the Tirumala Tirupati Devasthanam, India’s richest temple complex. In the process, they will damage Hinduism in the name of serving it – as we have seen with all state-controlled temples in the south, and increasingly in the west, east and north too.

In Maharashtra, rich temples have been asked to provide funds for the state’s development programmes, including the Shirdi Trust and the Siddhivinayak Temple in Mumbai. The wealthy Shri Padmanabhaswamy Temple in Thiruvananthapuram is still being messed around with by the courts.

While it is not unreasonable to expect temple wealth to be used for social programmes, these programmes cannot be government-dictated or controlled. A school set up by a temple on its own will have a different DNA from a school set up by the state, but financed by temples. In one case, the temple does not get to use its money to promote its religious beliefs. In the other, it becomes a secular enterprise.

So, while it is good that we will finally see the Ram Mandir movement finding a successful ending, there is simply too much work to be done even after the court settles the case one way or the other.

Hindus do not have the luxury of celebrating too much and too soon.