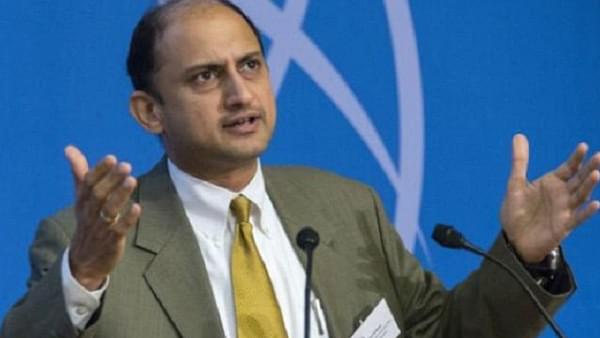 India is still reeling from the problem of banks’ stressed assets. It is a kind of an emergency situation, and the gross delay in fixing public sector banking is inexcusable.

First, the National Democratic Alliance (NDA) government has simply been too slow in recognising the problem of bad loans (also known as NPAs, or non-performing assets), which hit Rs 6.7 lakh crore for 41 listed public and private sector banks in September 2016.

Second, it did not think innovatively on how to recapitalise banks and provided reasonable budgetary resources only in 2016-17. But in 2017-18, only Rs 10,000 crore has been provided, which is grossly inadequate given the scale of the problem.

Third, it has simply not moved quickly enough to improve the quality of top management. Thus, incumbent chairpersons and managing directors are more likely to sit on their hands and wait for retirement instead of taking the tough calls on bad loans – like selling them at a loss, converting loans to equity and seeking the ouster of bad managements.

This grave problem was on the mind of the Reserve Bank of India (RBI) Deputy Governor Viral V Acharya when he spoke at an event organised by Indian Banks’ Association last month. Appreciating the limited success of Asset Quality Review launched in 2015 under former RBI governor Raghuram Rajan, Acharya acknowledged that “little has been achieved in resolving the underlying assets to which banks had lent” because most of the assets still suffer from very high levels of bank debt.

Acharya warned of the critical situation that the NPA problem puts the economy in. He said that if we don’t take steps to resolve this mess urgently, the economy may be staring at years of stagnating growth reminiscent of Japan in the 1990s.

What are the key principles of successful restructuring? Acharya provides three pointers:

1) Give the banks incentive to clear their stressed assets at a lower price. If they delay, increase the costs they bear as a result.

2) While deciding on the right price for a restructuring package to the bank, focus on efficiency and viability of the restructured asset instead of fretting on giving the best price to the bank.

3) The government shouldn’t foot the entire bill for bank losses. It should also ask private shareholders to get involved. To attract private capital, bank balance sheets should be consolidated and strengthened. Disinvestment is another option.

Based on these principles, Acharya has suggested three plans to swiftly resolve bank NPAs.

Private Asset Management Company (PAMC): For sectors such as metals; engineering, procurement and construction; telecom and textiles, where assets are likely to have economic value in the short run, with moderate levels of debt forgiveness.

Get the banking sector to resolve and restructure its 50 biggest stressed exposures in six months and then next batch in another six months and so on. Turnaround specialists and private investors can be asked for help to formulate and propose several resolution plans for each asset. These plans can then be vetted and rated by at least two credit-rating agencies to assess the financial and economic health, and management quality. Select feasible plans which improve the rating of the asset such that a minimum of two credit ratings is at or above a threshold level. Acharya said that the asset should not have a high likelihood of ending up in stress soon after restructuring. “Therefore, bank debt forgiveness may have to be high enough and its converted equity stake low enough so that new investors can come in with a controlling stake and have incentives to turn the asset around,” he added. Banks can then choose from the plans and whatever haircut the banks take should also be acceptable to the government. Once the timeline expires, unresolved exposure can go under the hammer in the new Insolvency and Bankruptcy Code regime.

The National Asset Management Company (NAMC): Acharya suggests this model for power-like “sectors where the problem is not just one of excess capacity but possibly also of economically unviable assets in the short-to-medium term”.

Why a national management asset company? Because, in the second plan, asset recovery will take longer than it would in the first plan. Also, the government should have incentives to clear approvals and purchase agreements to make them viable, Acharya explains. Infrastructure assets can also be resolved under this plan.

Acharya, however, refrains from calling this quasi-government asset resolution model as a “bad bank”.

Bank Resolution: Acharya is in favour of recapitalisation of public-sector banks; however, he abhors the earlier habit of throwing more money after the bank recapitalisation plan of 2008-09, wherein banks that experienced the worst outcomes received the most capital, sowing the seeds of another lending excess. “We must not allocate capital so poorly,” he says. Instead, he proposes five alternative ways:

a) Get some healthier public-sector banks to raise private capital by issuing deep discount rights to take some burden off the government’s shoulders.

b) Some banks which have assets or loan portfolios in good-enough shape can sell them in the market, which will help generate some of the required recapitalisation.

c) We have many banks. Some of them can certainly opt for mergers, and the government can offer the incentive of a capital injection into the merged entity as a quid pro quo.

d) Acharya believes that some of the undercapitalised banks deserve some tough love and should be subjected to corrective action. “Such action should entail no further growth in deposit base and lending. This will also restore some market discipline in deposit migration, away from the weakest public sector banks,” he adds.

e) Once these measures start paying up dividends, the government can divest a part of its share in restructured banks.