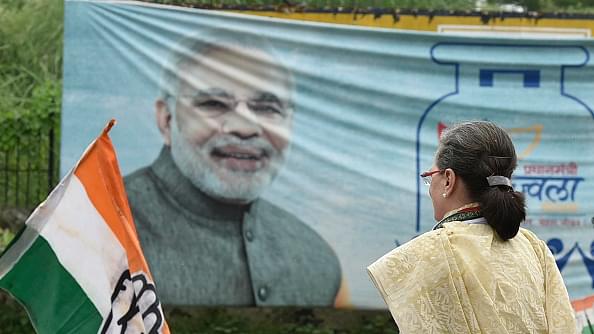 The Karnataka High Court ruled yesterday (16 January) that private schools claiming linguistic minority status needed to fulfill their responsibility of reserving 25 per cent of the seats in the upcoming academic year. The Right to Education (RTE) Act mandates that non-minority schools allot 25 per cent of their total seats to children belonging to weaker sections and disadvantaged groups. While privately-run and government-aided minority schools do not come under the ambit of the RTE Act, all private, non-minority ones do.

After the Central Board of Secondary Education (CBSE) cancelled the affiliation of National Public Schools in Bengaluru on recommendation of the state government’s Department of Public Instruction, some private institutions that had declared themselves as a linguistic minority in the state approached the high court. They said the RTE Act didn’t apply to them and the state government didn’t have the jurisdiction to certify if they qualify as minority institutions or not. They had contended that only the National Commission for Minority Educational Institutions (NCMEI) could do that.

Schools shouldn’t be this bullish and pin their hopes on the NCMEI. This commission was set up in 2004 through an ordinance by the Sonia Gandhi-led United Progressive Alliance (UPA) government as soon as it came to power. This underscores the importance of the body for the ‘Idea of India’ brigade. According to Section 4 of the Act, a Hindu (or non-minority, to use a politically-correct term) cannot be appointed as a member or chairperson of this body.

4. Qualifications for appointment as Chairperson or other Member

(a) is a member of a minority community; and

(b) has been a Judge of a High Court

(a) is a member of a minority community; and

(b) is a person of eminence, ability and integrity

Schools asking for the linguistic minority status are Hindus, and non-Hindus are put in charge of deciding whether they get to have that tag or not.

Do these schools understand the problem here?

Put another way, the Act doesn’t see a Hindu fit to examine the minority status of an institution run by, say, a Christian, but trusts, on the other hand, a Muslim to do so.

For the sake of argument, let’s assume that these Hindu-run institutions escape the brunt of the RTE Act after NCMEI declares them a linguistic minority. Their problems still don’t end there. Section 12C, part (b), of the Act gives the commission power to cancel the status of a minority institution.

12C (b) if, on verification of the records during the inspection or investigation, it is found that the Minority Educational Institution has failed to admit students belonging to the minority community in the institution as per rules and prescribed percentage governing admissions during any academic year.

Now, let’s say that the NPS group of institutions, which runs schools in Bengaluru and Mysuru and is claiming to be a Malayali minority, gets the minority status. It will still have to admit 25 per cent of students ‘belonging to the minority community’, that is, from the Malayali community. The same quota system that it wanted to escape in the RTE Act by claiming the linguistic minority tag will once again apply to it.

Are all minority institutions then required to fill 25 per cent of the seats in primary and secondary institutions with students from that particular community?

NCMEI member Zafar Agha had clarified last year that, according to the commission, “there is no “quota” in minority education institutions.” He had said it would be difficult for minority institutions to fulfil that criterion.

So, then, is there a way out for institutions like the NPS? Not really. NCMEI, or central government bodies, may not have specified this rule, but state governments are taking the lead on this one.

This is what Ajay Seth, Principal Secretary of Primary and Secondary Education in the Karnataka government had to say:

Linguistic minority has not been notified by the Government of India. State governments, including Karnataka, have come up with policies that require these institutions to admit 25 per cent of students from those communities.

Could the innate sectarianism and communalism of the RTE and NCMEI Acts get any more clearer?

Many elite schools, mostly convent schools or those run by Christian and Muslim minorities and exempted from the RTE provisions, usually get to maintain the high standards of education, while those run by, say, Hindus, are weighed down by these laws.

To escape this Act and stay competitive with respect to minority institutions, schools run by linguistic minorities (usually Hindus), for instance, have proliferated since the Act was passed in 2010. Since court judgments have held minorities to be of two kinds -- religious and linguistic, most have taken the ‘linguistic minority’ route.

But as is clear from the arguments discussed so far, their path is anything but clear. They cannot escape the communal demons unleashed by the UPA government.

What the Modi government needs to do is to repeal the RTE and NCMEI Acts along with the 93rd constitutional amendment that sowed the seeds of sectarianism in the education sector. Even though this is easier said than done, one doesn’t see any progress being made in this regard.

Forget progress, one wonders if this administration is even seized of the magnitude of this problem given that we haven’t heard the views of the prime minister, his ministers or even NITI Aayog on the matter. The Aayog has recommended amending the RTE Act and giving more weightage to outcomes, but has failed to address the Godzilla in the room. There seems to be no urgency on the government’s part to correct these monumental wrongs of the previous administrations.

Article 14 of the constitution promises equality before law. It declares that “the State shall not deny to any person equality before the law or the equal protection of the laws within the territory of India.” Well, the RTE, NCMEI and the 93rd amendment are mocking this important article and its victims, the Hindus. And the so-called pro-Hindu party, the Bharatiya Janata Party, is hell-bent on implementing Sonia Gandhi’s sectarian laws with missionary zeal.

Prime Minister Modi is still playing by Mrs Gandhi’s rules. He may be the prime minister, but it is she who is ruling the roost in the critical sector of education. Dharma protects those who protect it, they say. If the prime minister doesn’t even TRY to repeal these discriminatory Acts, he would be understood as complicit in adharma: denying the majority community of equal rights in education. And he will no longer have the protection of Dharma.