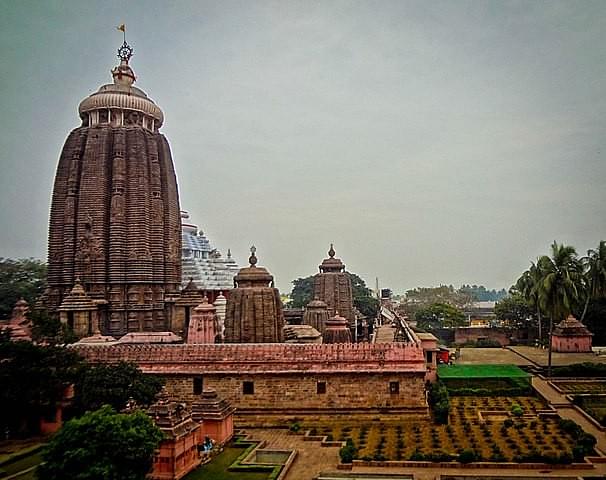 The Supreme Court of India on Wednesday (5 July 2018) sat for the third time to hear the Lord Jagannath Temple petition case in which it had earlier (8 June 2018) directed the Puri district judge to submit an interim report on difficulties faced by temple visitors, exploitative practices employed or deficiencies in the management, if any, and give suggestions.

Armed with the district judge’s report, as well as affidavits filed by respondents, the Supreme Court yesterday (5 July) gave further directions: a) temple website to be updated to reflect information about all the facilities, schedule of visits and so on, for the benefit of the visitors, b) to explore if the temple management can consider allowing people of other faiths to offer respects and make offerings to the deity, subject to some regulatory measures, c) the district judge’s report to be placed on the websites of the temple, Culture Ministry, and the Supreme Court, d) committees to be formed by the Union government, Odisha government to study matters related to temple administration, e) and consultations to be carried out with all stakeholders by the amicus curiae and more.

Before the Jagannath temple case was to be heard on 5 July, lawyer J Sai Deepak appeared before the Supreme Court on 4 July and sought its permission to file an impleadment application on behalf of the Indic Collective Trust. His request was accepted after he reasoned that the court’s order will have a bearing not just on the Jagannath Temple but also on other major shrines.

From a reading of the court’s proceedings as tweeted out by various witnesses and news articles published in various platforms, it appears that the Indic Collective’s arguments helped make an impact in crucial ways. The trust’s legal team deserves five cheers.

First cheer for making the court explicitly state that its directions were for all shrines in the country and not just the Hindu ones. According to the order, any devotee can now move the district court regarding concerns about exploitative practices, deficiencies in the management, maintenance of hygiene, proper utilisation of offerings, and protection of assets in Indian shrines.

Sai Deepak submitted that since the Supreme Court’s order does not limit itself to Hindu religious institutions only, the scope of its directions should be interpreted to apply to religious shrines of all faiths. To this, the court clarified that it was applicable to all shrines. As the order noted, the issue of difficulties faced by visitors “may require consideration with regard to all Shrines throughout the India, irrespective of religion practiced in such shrines.” (emphasis ours)

Second cheer for roping in the central government more actively in this case and committing itself on the issue of temple control by taking an official position. Presently, one is not sure where the Modi government and the Bharatiya Janata Party (BJP) stand on this issue – in Karnataka, the BJP promises to free temples from government control before the election, but moves to take over temples in Maharashtra once the election is over. The Supreme Court has directed the central government to form a committee in two weeks and submit an interim report before 31 August after studying various aspects of temple management. Thanks to Indic Collective’s intervention, now the Culture Ministry will also be involved in the process of consultations.

Sai Deepak had reasoned that the Culture Ministry “ought to take a proactive interest in addressing the grievances of stakeholders with respect to Temple management”, given that religious shrines are of immense cultural significance too. The court has directed the ministry to get involved in the process of taking stock of grievances expressed by various stakeholders.

Third cheer for reminding the court about the judiciary’s limitations in dealing with issues of temple administration in light of various state-level laws or temple-specific acts so that the ‘separation of powers’ principle isn’t trampled with.

Sai Deepak, on behalf of Indic Collective, argued that “the directions of the court must be consistent with such legislation since it could otherwise create confusion in the running of temples” – to which the court replied that its orders will be consistent with existing laws.

This is important because according to the court’s direction, any devotee can approach the district court to raise issue of mismanagement or lack of facilities in a shrine and the judge will have to examine and send a report to the High Court, which will treat it as a public interest litigation petition and issue directions. These can be in contravention with the established acts that currently govern the administration of the temple in question. So, it’s important to accept reasonable boundaries so that the executive’s turf is not trespassed.

Fourth cheer for the (unsuccessful) effort to rope in the Law Commission. Sometimes the effort matters more than the result. Sai Deepak tried to get the Law Commission involved to address concerns of stakeholders who aren’t fans of state entrenchment in temple administration facilitated by various state-level acts. Sai Deepak reasoned that the Law Commission’s assistance be sought for this purpose. The court noted that the central government has been directed to form a committee to do just that. When Sai Deepak asked for the court’s permission for Indic Collective to assist amicus curiae Gopal Subramanium and the central government committee in various aspects of temple management, the court and the amicus curiae agreed. All stakeholders can present their representation to both.

Fifth cheer for securing the Supreme Court’s acceptance of distinction between contribution to temple hundi and dakshina to sevaks. The apex court had directed on 8 June that “no direct collection of the offerings is made by any Sevaks and all the offerings either in hundi or dakshina are deposited and accounted for and properly utilized. They should not be individual pockets by the Sevaks/attendants who may be given their due remuneration.”

The trust must be applauded for the difference it made in the case.

Meanwhile, the Puri district judge’s recommendations are expected to be controversial in nature. These are under various heads such as: Abolition of hereditary sevaks/appointment of sevaks; prohibition to collect money for Annadan Atika by sevaks, ban on placing thali and pitches by sevaks to receive offering; temple management to take control of rosaghar and chullas; proposed amendments in Sri Jagannath Temple Act, 1954, and so on.

However, it is important to remember that a) these are merely suggestions and thus not binding on anyone, and b) the Supreme Court has passed an order and not delivered a judgment. The Supreme Court has directed that the district judge’s report be published online. Other stakeholders can also present their views to the central government committee, the Amicus, and the Odisha government committee. The Indic Collective intends to do that.

Talking to Swarajya, Deepak said, “The District Judge’s report was made available only after the court passed its order yesterday, hence, we didn’t have the time to respond. Indic Collective will respond to each and every point of the report in detail and will submit its recommendations to the committee that is to be formed by the central government and to the Amicus as well.”

The Supreme Court has also granted the trust permission to file a note of submissions on various aspects of temple management, including the responses to the Puri District Judge’s recommendations, to the court on the next date of hearing, 5 September. One can be sure that the Indic side will not be left unrepresented in the court anymore.