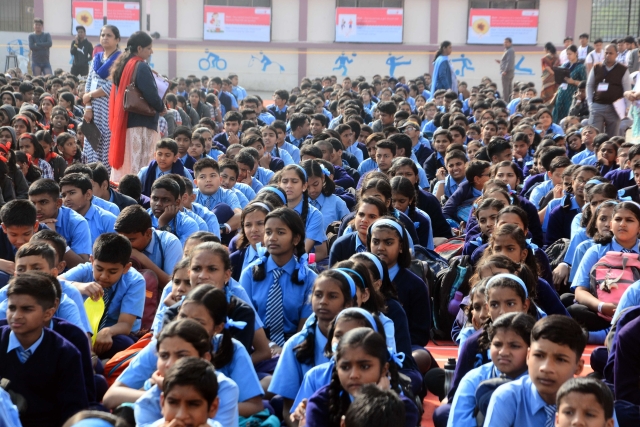 The assault on Hindu heritage and ethos continues. The Supreme Court yesterday (28 January) remitted a petition seeking a ban on the recitation of some Upanishadic verses in Kendriya Vidyalayas to a five-judge constitution bench for a decision. Among the shlokas cited as offending the sense of secularism in state-run schools are Asato Ma Sadgamaya (Lead us from untruth to truth), and Om Sahana Vavatu (May god protect and feed us).

How verses that merely promote the idea of truth and general well-being, with no references to any specific god, can even be thought of as being non-secular in content is a big question. India, clearly, does not lack trouble-makers who use the Supreme Court’s welcome mat for public interest litigation (PIL) as a free-for-all to create social divisiveness where there was none earlier. Some random young lawyers raised the Sabarimala ban on the entry of women in the 10-50 age group and the resultant court verdict damaged a hoary tribal and Hindu tradition. Another random litigant can now make the Kendriya Vidyalas a battle-ground.

If this battle is won by the Hinduphobics, the next target will logically be the Indian state emblem, which includes the Upanishadic phrase Satyameva Jayate. And it could singe the Supreme Court itself, whose motto is Yato Dharmastato Jayah (Where there is dharma, there is victory), words that occur in Ved Vyaya’s Mahabharata, and are uttered by Gandhari after the Pandavas kill all her sons at Kurukshetra.

Further, the PIL alleged that the mere recitation of these verses could “impede development and growth of scientific temper in the young minds of students.”

One wonders how a mere invocation to dispel untruth or seeking the prosperity of all, without any mention of exclusions, will damage the scientific temper of young minds.

One is appalled that the two judges who heard the initial petition, Rohinton Nariman and Vineet Saran, saw the case as being of “seminal importance”. The next target could well be simple rituals like lighting the lamp and songs invoking the blessings of gods at state functions.

The state, secular or otherwise, is not an entity synthetically created out of thin air, with no history or culture preceding it. Even a relatively young nation like the US proudly proclaims in its currency note, “In god we trust”. If this kind of line does not offend atheists or impact scientific temper, pretending that shlokas from Hindu texts are somehow non-secular is Hinduphobia masquerading as secularism. If every Hindu symbol or text is to be erased from the memory of the Indian state, this is cultural vandalism.

The European Court of Human Rights, when confronted with some such case in 2011, ruled in favour of tradition. Some non-Catholics apparently objected to the placing of crucifixes in state-run schools, saying it offended their religious sensibilities.

But the court ruled that crucifixes are acceptable in the continent’s state schools as they were “essentially passive symbols” with no religious significance. There was nothing to suggest that any religious influence was being forced down the throats of people.

It is the same with the shlokas being sung in Kendriya Vidyalayas. Or the motto of the Supreme Court. The word dharma in the Supreme Court’s tagline, Yato Dharmastato Jayah, is not a reference to Hindu religion, as dharma does not necessarily mean religion in the Hindu context.

The Supreme Court bench should understand the true meaning of the motto and not destroy dharma by unnecessarily intervening in the Kendriya Vidyalaya prayer case. It should remember another shloka, Dharmo Rakshati Rakshitaha, which has been adopted by the National Law School in Bengaluru as its motto. It means dharma protects those who protect dharma.

The Supreme Court’s reputation will be burnished or tarnished depending on how it interprets its own dharmic duties in this case. In Sabarimala, the court blew it. It should not repeat the folly. To repeat: Dharmo Rakshati Rakshitaha.