Secular Constitution: Anantkumar Hegde Has Less To Apologise For Than His Critics 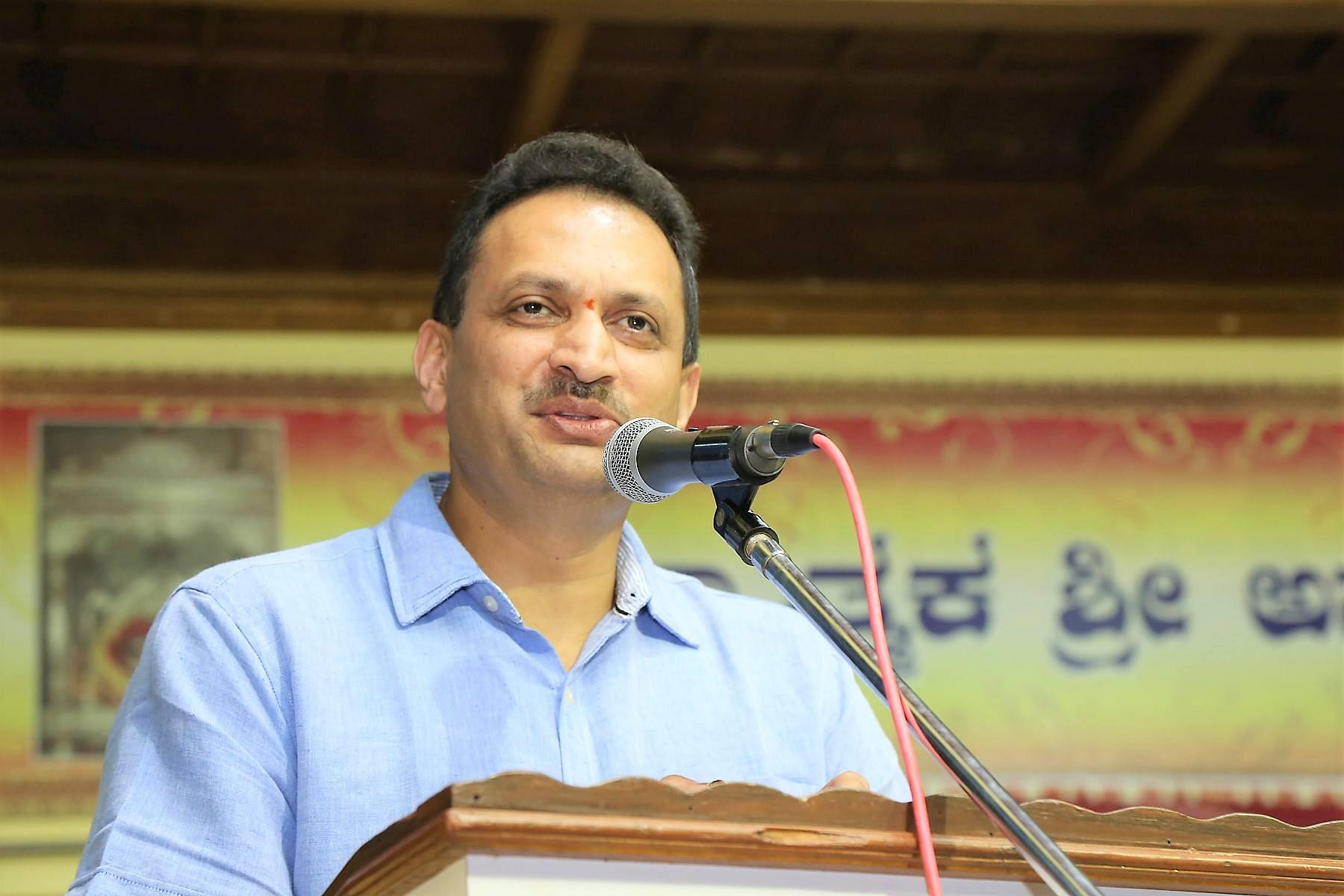 Union Minister of State for Skill Development, Anantkumar Hegde’s injudicious remarks on secularism and the Constitution, sparked a feigned outrage in parliament, leading to an abject apology by the minister.

But one wonders whether there was much for him to apologise about, barring the use of language that was open to misinterpretation.

Then he said: “There is a new culture now of secularists. If someone says I am a Muslim, or I am a Christian, or I am a Lingayat, or I am a Hindu, I feel very happy because he knows his roots. But these people who call themselves secularists, I don’t know what to call them.” He called secularists “people without parentage”.

India is a plural country, and secularism is a European import meaning separation of church and state. However, even this is stretching the truth. The reality is that church and state have never really been formally separated in some European states. The Queen of England is head of state and the Church of England, and the Pope is both head of state and religious head of the Vatican, with his own representation in the UN. As recently as six years ago, the European Court of Human Rights said that crucifixes on school walls were not violative of the rights of non-Christian students to a religiously neutral classroom setting. The judgement said “a crucifix on a wall was an essentially passive symbol whose influence on pupils was not comparable to that of didactic speech or participation in religious activities.”

Even leaving aside the reality of subtle non-separation of church and state in America and parts of Europe, the “secularism” preached and practised in India does not even conform to the European ideal. Our “secularism” is meant to be “equal respect” or equidistance from all religions. But has this been the reality? What then gives the state the right to run Hindu religious affairs and endowments (over 100,000 temples are run by state-appointed nominees in the south, including atheists), and impose legislation like the Right to Education only on majority-run schools? If this is what Indian “secularism” is all about, why should it not be changed or amended?

Then, Hegde talked about people describing themselves as Hindus, Christians or Muslims or even Lingayats, since it meant a person “knows his roots. But these people who call themselves secularists, I don’t know what to call them.”

One can fault Hegde on his choice of words, but isn’t he referring to deracinated Indians, cut off from their roots, rather than “secularists” as such?

Congress MP Shashi Tharoor uses Hegde’s choice of words to say the cat is out of the bag, since it exposes the Sangh parivar’s move to make India an “Hindu rashtra”. He thus quotes from the late Rashtriya Swayamsevak Sangh chief M S Golwalkar and BJP icon Deen Dayal Upadhyaya, to suggest that the Bharatiya Janata Party’s real agenda is “Hindu rashtra”.

He quotes from Upadhyay’s critiques of the Constitution to show that it is all about Hindutva. In an article in ThePrint, Tharoor quotes Upadhyaya’s critique of the Indian Constitution: “We aped the foreigners to such an extent that we failed to see that our inherent national ideals and traditions should be reflected in our Constitution. We satisfied ourselves with making a patchwork of theories and principles enunciated by foreign countries…. The result was that our national culture and traditions were never reflected in these ideologies borrowed from elsewhere and so they utterly failed to touch the chords of our national being.”

“Having rejected its premise, Upadhyaya was scathing about the Constitution’s drafting and adoption: a nation, he argued, ‘is not like a club which can be started or dissolved. A nation is not created by some crores of people passing a resolution and defining a common code of behaviour binding on all its members. A certain mass of people emerges with an inherent motivation. It is,’ he added with a Hindu analogy, ‘like the soul adopting the medium of the body.’”

Tharoor also critiqued Golwalkar’s and Upadhyaya’s refusal to conflate nationalism with the territory of India. He is surely wrong here, for nationhood and territorial loyalties are not co-terminous: a sense of nation and community can transcend borders (as is the case with the Islamic Umma, or the loyalties of Catholics to the Pope, who rules another state). So, while Hindu nationalism is largely geographical in nature since all our holy places are in south Asia, this is not the global norm. So, if Golwalkar and Upadhyaya wanted to redefine Hinduism beyond geography, Tharoor should be critiquing the extra-national loyalties of the Abrahamic religions too.

As for our Constitution, it is more than obvious that its ideas are borrowed from all over. This is not wrong in itself, for good ideas must flow from everywhere, but when these ideas are not co-mingled with the culture of the country they are intended for, they will not find resonance. This was what Upadhyaya probably was referring to.

The Indian Constitution, as it now stands, is a sordid compromise between high ideals and cheap vote-bank politics. The preamble is sublime, but when every other high principle and key articles are contradicted by sub-clauses (the freedom of speech has umpteen exclusions), and when the Constitution has already been amended over a 100 times, and 40-plus more amendments have been numbered for passing at some time in the future, one wonders what is left of the original. Even a fundamental right called the right to property is gone, and inserted into the Constitution (or new meanings read into it) are clauses that were never there in the original: for example, “secular, socialist”, or the right of a collegium of the Supreme Court to appoint all upper judiciary judges without basic reference to the executive.

If anybody mangled the Constitution out of shape, it is largely the Congress. Why pretend that Anantkumar Hegde is trying to burn this book?