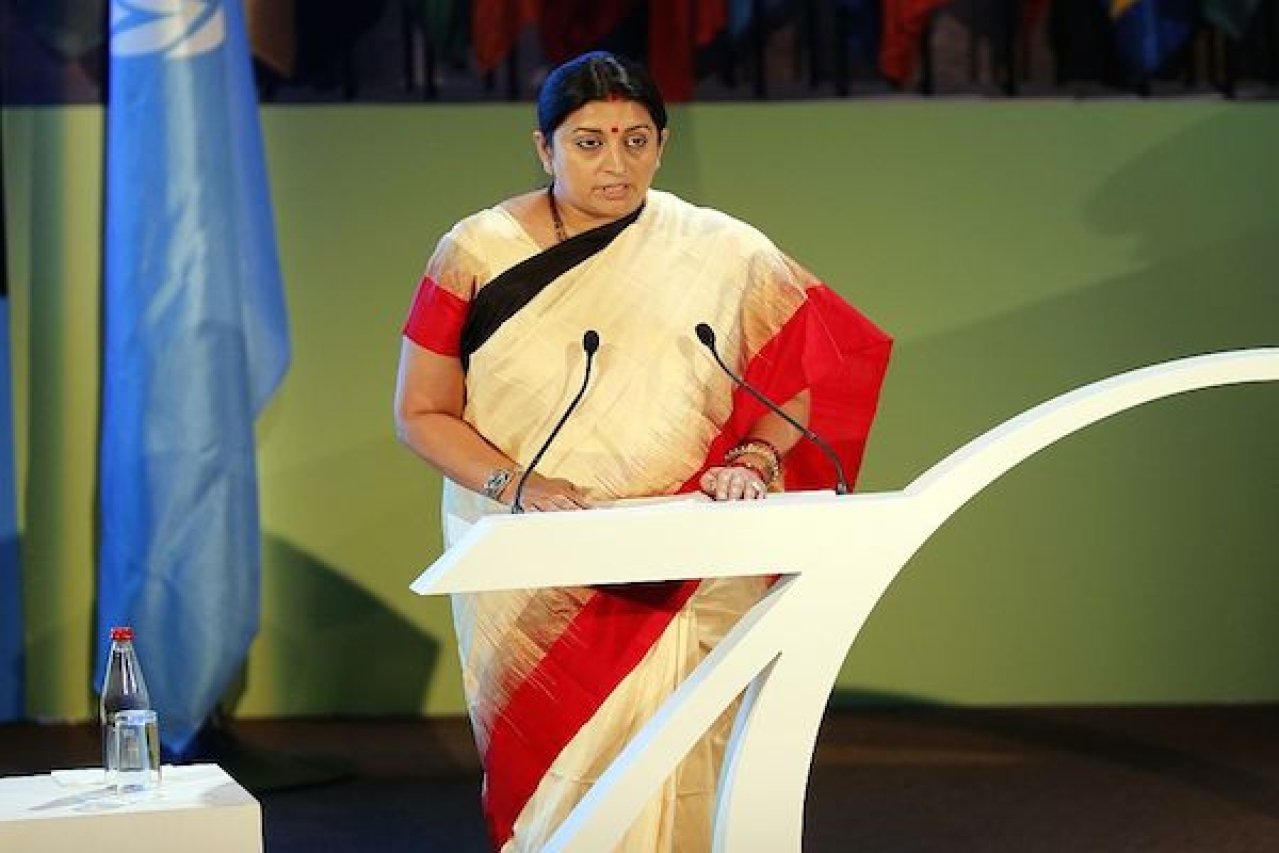 The first introduction we had to Smriti Irani in mainstream Indian politics was when the media told us that she had mopped the floors at McDonald’s once, to struggle through show business. The same virtue, they will tell you, shows that a man has come up the hard way. That, and that her being allotted a house directly behind the Prime Minister’s was somehow significant. Never mind that her husband Zubin Irani has been tweeting: “one thing the world should realise about my wife you can keep throwing her to the wolves and she will return leading the pack.”

Not that she needs a loving husband’s support to justify herself. But asking relatives how distraught they are for the taunts that leading public figures have to live through, is reserved for Raghuram Rajan - an academic from the University of Chicago who is too sensitive to have even his professional motives questioned, let alone personal ones. But those are apples and oranges, they will tell you. Look at his intellectual prowess and look at hers. As Ramchandra Guha put it: “Smriti Irani is a deadly combination of ignorance and arrogance”. But then again, women who question the standard always are.

The issue is not that Smriti Irani has not made some disastrous moves in her two-year stint as Human Resources and Development Minister. By all accounts, it is evident not just from the Cabinet reshuffle but the immature handling of on-campus stirs, the arbitrary interference in autonomous educational institutes and the failure to seize the opportunity to fix the real problems of Indian education, that Smriti Irani has frustrated even the most ardent of Narendra Modi loyalists. But neither is she the first incompetent minister we have had, prior to or in the current Cabinet: what does Mahesh Sharma do anyway? The panic at Jayant Sinha’s departure has much to do with how little faith industry has in Arun Jaitley. Then there were the likes of Salman Khurshid and Sushilkumar Shinde in the UPA. Given that the Indian Mujahideen and the Maoists probably founded the Shivraj Patil fan club, men have been as bumbling a joke as any woman minister.

Public memory is short and media focus is convenient. In 2012, when Kapil Sibal’s HRD Ministry introduced the unification of Indian Institute of Technology (IIT) entrance tests and moved to include Class-XII scores unilaterally, with the IIT council trampling on the IIT senates, he was dubbed the ‘I-will-destroy-IIT minister’. And by this time, his attempt to introduce medical education into the IITs had been forgotten. Or how about when he waved his hand and attempted to make deemed universities and all the students in them disappear? And if you’re looking for moral policing, what was that about too many students watching porn, and Google and Facebook being asked to filter their content to meet India’s high moral standards?

The point - I see the liberal brigade sharpening their ‘whataboutery’ claims - is not that Irani didn’t make mistakes or that Sibal did too, but that one mopped floors and was a woman, the other went to Harvard and was a man. If you must make comparisons of how their degrees - one allegedly faked and another genuine - stack up, it’s honestly surprising that the Harvard grad doesn’t sound a whole lot smarter now, does he? Maybe this is a lesson to kids that they should just save their tuition money and mop floors because that fancy degree certainly doesn’t seem to help.

The difference was that Irani possibly lacked the people skills to smooth over those who were gunning for her, even as she took on a ministry they knew she was not qualified to handle. The case, sadly, was built on her personal background and shortcomings. Sibal, being the go-to lawyer for Lutyens’ Delhi’s sordid scams and the suave that comes from wealth and inner circles, had humour, camaraderie and the back-slapping boys’ club to dodge bullets like ‘Aunty National’ and ‘Spinderella’ in 72-size font lead flyers.

Irani, isolated as a woman with showbiz antecedents in a status-and-wealth-obsessed Delhi circuit, and with her outspoken manners - the same that earned her a party ticket in 2003 - and a pointed lack of an old woman’s club, was left with no cover. Women are not allowed to fail, men are. And you must be a certain kind of woman to merit power. Never mind that crass and under-qualified men are constantly being handed it every day. Women who do receive that power and do not suitably display gratitude and submission, will be taken down.

The objection is not to criticism, or even whether it is warranted - indeed, all criticism of politicians is warranted. It is the cherry-picking of women to be slammed in a manner that is degrading and humiliating of the person, and not their work.

The jokes on Smriti being handed textiles ministry, misunderstanding it for a ministry of ‘texting’, or the beti being given a sewing machine instead of education, have come from even the most feminist of women, all with unbridled glee at seeing a woman fail.

For all the thrust on women’s empowerment in the last few years, not one agency of that empowerment, woman or group or media, has come forward to caricature on their front page Congress’ Sanjay Nirupam for asking Smriti Irani to do thumkas, Nilamoni Sen Deka for calling her ‘Modi’s second wife’, Sharad Yadav for telling her “I know what you are” and JDU’s Ali Anwar claiming Irani has been given the textile portfolio to ‘cover her body.’

That this is said of any woman in public life by a man in public life should merit a 62-font headline. You can deal with incompetence by criticism, reshuffling, shunting and sacking. Sexism can only be called out and shamed to be fixed.

It brings to mind the alleged 1989 molestation of Jayalalithaa by the members of the DMK in the assembly. The physical bringing down of a woman (also from a showbiz background), the wrong sort of woman that they disagreed with and wanted to see silenced. Today, it is notional. This is what vastraharan feels like - with all the elders sitting around, silent.

A woman has spoken out of her place. She does not want to be called someone’s second wife. She does not find her floor-mopping struggle anything to be ashamed of. She won’t have her husband give press interviews on how stressed she is by the taunts. She had a fruitful career in show business that she won’t apologise for. She does not want to be called ‘dear’ patronisingly, for whatever reason it makes her uncomfortable. She could not get for herself the educational degree that would make all this cool and her outspokenness polished. And, on top of all this, she won’t go quietly. Therefore, and please note - not because her incompetence is no less than those before her - Smriti Irani is arrogant and must be put in her place. As Shekhar Gupta put it: “vicious, but that’s how the minister plays the game”. As if every incompetent man that ever played hardball got caricatured for it.

Jayalalitha responded to her incident by crafting her signature cloak, wrapping her violated body in it, sweeping into power in 1991 and having her partymen fall at her feet - a practice that continues to this day. There’s a lesson in that somewhere. Irani certainly has all the cloth for it at her disposal now.

Get Swarajya in your inbox everyday. Subscribe here.
Tags:
5 Shares