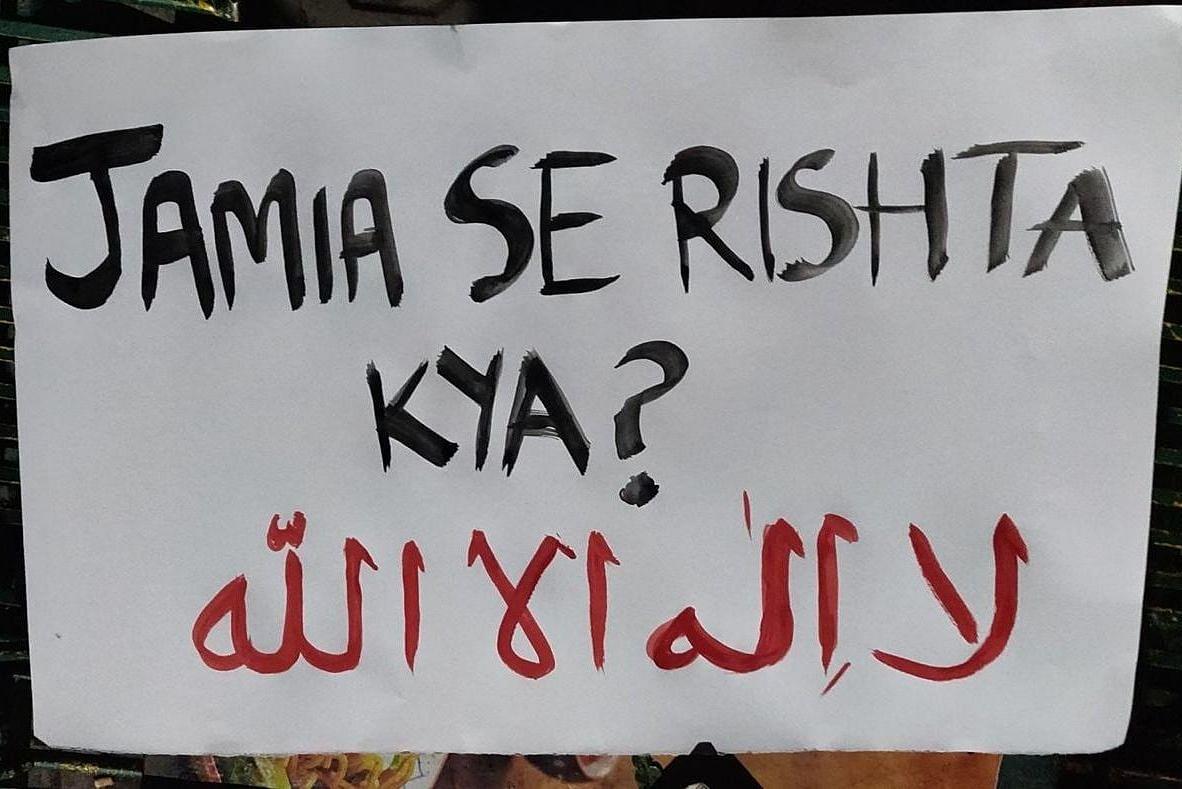 Ask what non-Muslim students of AMU and Jamia feel inside their campuses. ‘Terrorised’ would be an understatement.

The Muslim-led protests, ostensibly against the Citizenship Amendment Act, 2019 (CAA), and the National Register of Citizens (NRC), are driven more by rage than reason. However, whichever way it ends, it has the potential to change Muslim identity politics in India. “Secular” politics as we know it will cease to exist.

At the obvious level, the protests seem to be about the CAA and NRC, with the Bharatiya Janata Party-Rashtriya Swayamsevak Sangh (BJP-RSS) being targeted as the villain of the piece, but the real rage is probably not against the government or its actions. Underneath it all is (probably) anger over how Muslims have been led up the garden path and left high and dry by the “secular-left-liberal” caucus that has ruled India for so long.

The vituperative speeches by various young Muslims at Shaheen Bagh, Jamia Millia, Aligarh Muslim University or Jawaharlal Nehru University have strong Islamist and Hinduphobic elements embedded in them, but one should see them as the fantasy rants of the disempowered.

Consider the kind of incendiary statements that have been made. One guy talked of severing Assam from India to achieve his political ends; another talked of an economic boycott of Hindus and Hindu businesses. We have heard shouts of ‘Jinnah Wali Azaadi’, ‘Tera-mera Rishta kya? La Ilaha Ill-Allah’, and there have been threats to dig the “kabr” (grave) of Hindutva in AMU. One hijab-wearing young woman fantasised about what Muslims would do to Hindus once their numbers crossed those of the latter.

On the other hand, there have been saintly sides to the protests, with the Preamble to the Constitution being read in some places, as if imbibing its spirit for the first time.

This is an essentially schizophrenic movement, for you cannot in one breath talk of the Constitution and then threaten an Islamist revival with implied threats of communal violence.

The group that comes out looking most foolish in all this is the “secular” group. While some “secular” journalists tried to make “Sheroes” out of two Islamists who tried to protect a Jamia protester from police lathis, others like historian Ramachandra Guha pretended that the Islamic rants at Shaheen Bagh were somehow very secular. Guha tweeted: “The women of Shaheen Bagh are opposed to communal laws, patriarchal politics, and violence. No wonder the Home Minister of India does not like them.”

Ashutosh Varshney wrote in the Indian Express about the Shaheen Bagh protests: “The preamble of the Constitution, pictures of Gandhi and Ambedkar, songs, poems and artwork of defiance as well as pluralism, and a commitment to civil disobedience (were) aptly depicted in a Shaheen Bagh poster, ‘Don’t be Silent, Don’t be Violent’.”

What the “secular” intelligentsia is trying to do is pigeon-hole the Islamist underpinnings of the anti-CAA protests into something they wish it had been. In short, they are worried about their own likely irrelevance if this new brand of Muslim identity assertions gain currency among the young.

It is too early to predict what impact the anti-CAA-NRC protests will ultimately have on national politics, but here are some thoughts on what these protests are really about.

First, not one of the protesters hyperventilating against the BJP and Hindutva has said one thing to laud the regular “secular” parties which are supporting them in their protests. Clearly, they are done with pretending that “secular” parties speak for them. They may not be willing to play second fiddle in national politics any more.

Second, the apparent anger is against CAA-NRC and the BJP for reminding them that Muslims are persecuting Hindus in three neighbouring countries, but the latent anger may really be about being let down by Indian “secularism” which forced them to become vote banks and hid the real truths they had to deal with as a community – whether on Ram temple or the need for social reform in the community. Once the dust settles on CAA, this anger is likely to scald the “secular” parties more than the BJP.

Third, young Muslims are keen to express pride in their community identity even as they look for new leaders who speak their language. They may want out of the lose-lose situation their old clerics-led leadership landed them in. The retrograde mullahs and maulvis the “secular” parties wooed did sweetheart deals with them for the sake of personal power. They undermined real Muslim interests. Few young Muslims would have relished the idea of a Rahul Gandhi studiously ignoring them even while going on temple-hopping tours to prove he was a Shiv bhakt, a janeu-dhari Brahman, in pursuit of the Hindu vote.

Four, the logical new path young Muslims may seek is the development of new leaders, including more visible representation in the political power structure. This implies that they may find an Asaduddin Owaisi more acceptable than a Rahul Gandhi or Mamata Banerjee, or even a Pinarayi Vijayan or M K Stalin. They will bargain for specific seats and ministries, just as the Indian Union Muslim League does in Kerala. Tokenism will not work.

Five, this leadership will probably seek reform within Muslim society even while emphasising identity like a badge of honour.

One cannot, of course, expect all this to happen immediately, but this is the direction Muslim politics in India might take. It poses a real threat to “secular” parties, and provides an opportunity for the BJP to accept genuine power sharing as the route to gaining a majority. If the BJP accepts its Hindu identity as its real self, it is in a better position to offer power-sharing deals with empowered Muslim parties. When Muslims and Hindus bargain on the basis of their own identities and interests, they will need no middlemen.

The 'secular parties', if they want to retain their votes, will also be forced to do the same. The simple point is Muslims may no longer want predominantly Hindu parties to pretend they speak for Muslims.

We are back to the pre-1947 situation. Indian political parties should stop pretending that they represent every community when they don’t. We should not repeat the mistakes of Nehru, Gandhi and Patel. Jinnah defeated them all in the Muslim minority areas of India in 1946.

That is the real lesson of pre-Partition history that is now coming up for a revision in Shaheen Bagh.