Shaheen Bagh Verdict Is A Slap In Face For Lutyens Lobby: ‘Peaceful’ Protest Is Not Same As Lawful 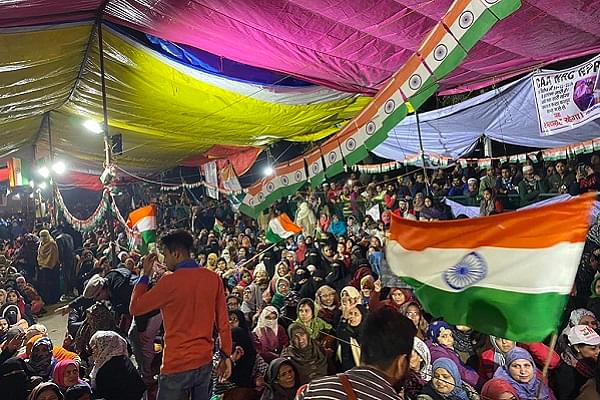 The verdict of a Supreme Court bench, which held that the prolonged sit-in by Muslim protesters at Shaheen Bagh earlier this year was unacceptable, should come as no surprise to anyone who knows the law. Only agenda-driven intellectuals can afford to pretend that long-term blockade of public spaces is an acceptable form of democratic protest.

The verdict is thus a slap in the face of the Lutyens elite, who were busy trying to paint the protests as peaceful, when all kinds of incendiary speeches were made on its platform.

In a judgement yesterday (7 October), a three-judge bench headed by Justice Sanjay Kishan Kaul, while upholding anybody’s constitutional right to protest, made it “unequivocally clear that public ways and public spaces cannot be occupied in such a manner, and that too indefinitely. Democracy and dissent go hand in hand, but then the demonstrations expressing dissent have to be in designated places alone.”

Throughout the Shaheen Bagh protests, those opposed to the government’s Citizenship Amendment Act 2019 – which essentially fast-tracked citizenship to persecuted minorities in three neighbouring Islamic countries and affected no Indian citizen’s rights – kept harping on the fact that the dadis who blocked the roads were protesting peacefully.

They were clearly trying to mislead us all, for being peaceful (ie, not beating up anybody or resorting to arson) does not mean behaving lawfully. You can’t enter my house and say you are protesting peacefully against my political views when you have violated my private space.

This applies to public spaces too, where the rights of the general public trump any rights of a smaller group of people to protest against laws they disagree with. The court did the right thing to indicate that protests have to be conducted only in designated spaces.

The Supreme Court also made a more important point: that the police, which dealing fairly with the protesters and holding a dialogue with them, do not need the court’s permission to oust the protesters in order to stop them from inconveniencing the public. The verdict observed tartly: “The courts adjudicate the legality of the actions and are not meant to give a shoulder to the administration to fire their guns from.”

This raises another question: what if, despite police efforts at a dialogue, protesters refuse to move out of public spaces? What if violent protesters are using the shoulders of old women to fire their guns from? Will the courts pretend that the police are always wrong when removing people by force may mean some occasional injury to some protesters?

The judgement clearly implies that force can be used lawfully. Will the courts then stand by the police, or pretend that more than necessary force was used, when it cannot be the judge on how much force needs to be used to oust which kind of protesters. And what if the protesters are armed, or capable of organising communal riots in protest?

The unstated aim of the Shaheen Bagh protesters was to show that the Indian state as intolerant of dissent, which used force against “peaceful” protesters. The idea was to provoke a response from the police, use mobile cameras to record some old dadi being dragged to a police van in tears, and then set off another round of more violent protests, this time against “police atrocities”.

The Delhi Police may have abdicated its responsibility to clear Shaheen Bagh, but it has prevented a wrong narrative from taking root. Now that the court has told them they can act, and if anything violent happens the next time some Islamist group uses old women to further their own communal agenda, they can be better prepared.

The court has nipped some Islamist agendas in the bud. But the police must, in future, act smarter. They can do the following.

One, they must use body cameras to record what protesters are doing, instead of just responding to private cameras catching them using lathis to quell mobs or carrying women or children away from protest zones.

The next time they should expect not just women, but more children to join the protests. We saw that in Shaheen Bagh, too, where the mother brought a sick child for the protests and he died later in the night at home. But the mother had this to say: “I am not afraid of anyone now. I have already lost a child. I don’t mind if the lives of my other two kids are sacrificed for the same cause. My family might not support my decision, but it is for a greater cause.”

For Islamists keen on paralysing the Indian state, everyone is cannon fodder, including children.

Two, the police must use media-savvy spokespersons who can engage with them instead of using only police persons to do the job. At best of times, most police people make statements that are easy to misinterpret and converted to propaganda. The media anyway believes that the police can’t be trusted to speak the truth. This impression cannot be changed without deeper media engagement with the help of professionals.

Three, the police need better training in handling these new situations. Beating everyone with lathis, even when warranted, always sends the wrong message. This means more subtle means of using force must be practised and used.

Shaheen Bagh is a warning to the police and the people of India that the forces that created Pakistan are alive and well in India. We accepted Partition as inevitable given Jinnah’s implacable stand the Islamist penchant for violence, as evidenced by Direct Action Day and the Great Calcutta killings.

Today, many mini-Jinnahs are at work, and the Partition mindset among Muslims is being reignited. The courts ultimately cannot do much to prevent this even after giving a sensible verdict on Shaheen Bagh. It is upto the leaders and people of India to defeat the mini-Jinnahs from alienating Indian Muslims from the mainstream.