Shiv Sena: Course Correction Is Best Way Forward For The Party, Or Else... 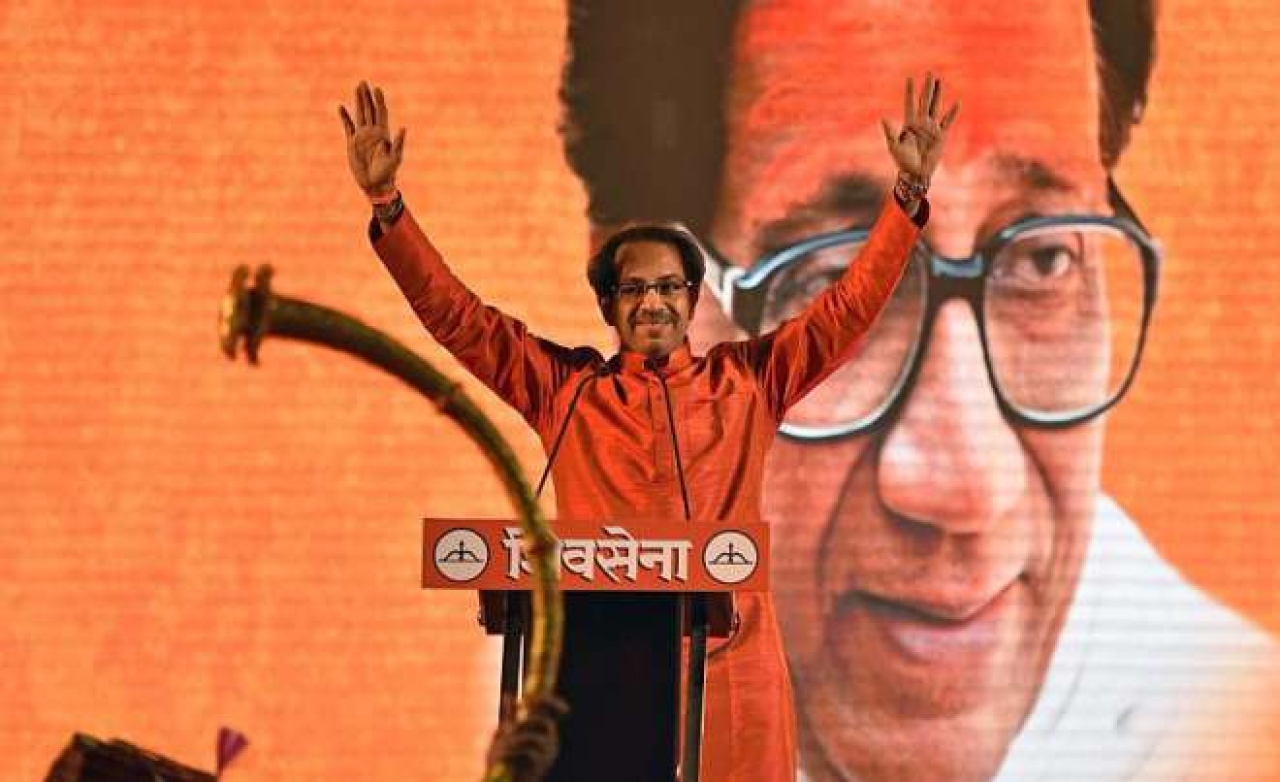 Maharashtra has been a hotbed of coalition politics for decades. While Congress and Nationalist Congress Party (NCP) have formed one pole, saffron partners Shiv Sena and Bharatiya Janata Party (BJP) have formed the other. Each party has grown to occupy a certain electoral space in the state. Shiv Sena has carved its own space and over the years has registered itself as a Hindutva-based militant outfit.

Shiv Sena, which propounded the ideals of Chhatrapati Shivaji, was formed on the premise of the ‘son of soil’ movement and the 'Marathi manoos' sentiment. Over the years, it has tried to reconcile with the changing political realities of the day. The 'son of the soil' movement diminished in the late 1970s and the party adopted the Hindutva plank, which proved to be a major course correction in its outlook. From here, it stormed to power in the Brihanmumbai Municipal Corporation (BMC) and entered into an alliance with the BJP. Its electoral prospects over the state began to flourish and it saw a mercurial rise during the days of the Babri Masjid demolition and subsequent 1992 riots.

The effects were evident in 1995, when the Sena along with the BJP came to power for the first time in the state. Perhaps, the popularity of the Sena had reached its peak, and the party supremo Bal Thackeray became the de facto remote control of the new saffron government.

Despite Sena losing power in 1999, its presence in the state politics was still visibly prevalent. It continued to yield power in the BMC and remained an effective opposition in spite of many sulking Sena leaders leaving the party for better prospects. The party's alliance with the BJP was smooth and despite many ups and downs, they were quickly mended with the likes of Pramod Mahajan stepping in for reconciliation.

However, after the demise of Bal Thackeray, has the Sena lost its sheen and is increasingly sounding like any other regional entity?

Perhaps the answer to this question lies in jeopardised relations with its alliance partner and its subsequent flip flop over its core agenda or ideology.

There are, however, few notable reasons which have changed and made Sena strikingly different from its earlier version.

Firstly, Sena has always derived its strength and power from Bal Thackeray. The Sena founder with his no-nonsense approach and powerful oratory had a considerable clout among the party workers and its supporters. His successor and son, Uddhav Thackeray, lacks those essential qualities and is increasingly influenced by his coterie. This has resulted in a lacklustre leadership, which has not helped the party grow further in the state. Shiv Sena's political space is shrinking in the state and BJP is make inroads, its vote share is dipping and more importantly, it even had to struggle to retain its bastion of the BMC. Uddhav Thackeray has not been able to translate his father's legacy into turning Sena as a formidable force, and is now facing stagnation. Just like other regional parties such as Bahujan Samaj Party and Samajwadi Party, the Sena has imbibed VIP culture and access to party high command is not easy either.

Additionally, Shiv Sena is known to have an effective cadre and is in fact touted as a cadre-based party. Since its inception, Shiv Sainiks have demonstrated pride in this role and ‘Shakha Pramukh’ has been the prestigious managerial promotion of the same. Since the days of its formation, during its struggle against the communists or other trade unions, and especially after donning the Hindutva mantle, the Sena cadre has been quite aggressive and is known to play a prominent role during rallies and bandhs. The army of foot soldiers who are part of different sister organisations of the Sena  have derived their bubbling enthusiasm from Balasaheb Thackeray who's word meant the world to them. After Balasaheb, Uddhav Thackeray somewhere hasn't been able to galvanise and inspire the same cadre which had given an edge to the Sena over other parties in the state. Other political parties in Maharashtra such as the BJP or the NCP lack this crucial resource and Uddhav Thackeray in his inability to guide or mentor them will lose a big advantage.

Secondly, the party has adopted dynasty and succession, which is prevalent in other regional parties and the Congress. The first big blow to the Sena was when Raj Thackeray left the party after Uddhav Thackeray was anointed successor to Bal Thackeray. Raj Thackeray eventually formed Maharashtra Navnirman Sena (MNS) and Shiv Sena, which was vying to be an all-inclusive party had to fall back to its original 'Marathi manoos' agenda. In this process, Marathi votes were divided and it affected the party's vote bank.

Recently, Aditya Thackeray was made the party general secretary which further added to its dynastic inclinations. As seen in the Congress, nepotism and family-based succession have damaged political fortunes of organisations. The Congress in its quest to retain the Gandhi family supremacy has been reduced to a mere 44 in 2014 Lok Sabha elections. Shiv Sena may face similar fate in Maharashtra and may turn out to be a poor clone of the grand old party.

In the past, a common sainak like Narayan Rane could rise through the ranks and became the chief minister. Now a days, leaders like Sanjay Raut yield tremendous leverage in decision making process. Those were the days when loyalty was based on merit, which is replaced by complete sycophancy. A dynasty with a lacklustre leadership compounded with inner coterie has further deteriorated Sena's organisational prowess and dampened the enthusiasm of its cadre.

Thirdly, relations between the BJP and Sena have soured, leading to frustrations in the party. BJP is quietly making inroads and performed increasingly well in all formats of elections recently held in the state. It was the single largest party in assembly polls, was better than Sena in terms of seats and vote share during Lok Sabha polls, nearly displaced them in BMC and has won many corporations and municipal bodies. A helpless Sena could only resort to unsubstantiated threats to withdraw support from government, formally ended their alliance with the BJP for 2019 and have criticised every policy and decision taken by the Narendra Modi government. Their anger basically is owing to two reasons. Firstly, the BJP has emerged as the big brother in the coalition which the Sena is finding it too difficult to digest. Secondly, the CM's chair was occupied by the BJP which symbolised an end to Sena's dominance of the alliance. In this era of Narendra Modi and Amit Shah combine, Sena is becoming too confrontational rather than seeking a compromise which is further damaging its prospects. May it be discussing seat sharing or about fighting the elections together, egoism has been the hurdle and it has brought friction out in the open.

Lastly, in its quest to divert attention from the BJP or unsettle it, the Sena has resorted to many unprecedented methods. From undue criticism of the Gujarati community to striking a rapport with Hardik Patel, the party slowly is distancing itself from its core ideology, which is getting diluted owing to its associations and actions. Sharing a dais with West Bengal Chief Minister Mamata Banerjee or even praising the Congress chief has taken them to a different tangent and has rendered them into a no man's land. This has split their agenda into many confusing directions. On the one hand it is still a part of the Nation Democratic Alliance and on the other it is taking potshots by aligning with pseudo seculars and third front opportunists. Between these extreme positions, the party is struggling to maintain its ‘Marathi manoos’ narrative.

Nitish Kumar’s decision to break away from the BJP and join hands with Lalu Prasad Yadav was potentially a political suicide. As he realised its implications and came back into the NDA fold, there are some lessons which Sena needs to learn from this episode. The era of coalition politics is slowly drifting away and its effect will also be felt in Maharashtra. The Sena needs to wake up to see the political realities of the day and get accustomed to it. As 2019 Lok Sabha polls draw closer, the party has officially announced to part ways with the BJP. Although, the ramifications of this decision will be known with the advent of time, the Sena is obsessed with undermining its saffron partner. Will the Sena pay the price for its recent transformation or will its affinity to parties such as the Trinamool Congress give it a new identity? All said and done, the new Sena without its aggressive or ideological instinct may have reduced itself to just another regional party.

Shridutt Gaitonde is an embryologist and political commentator.