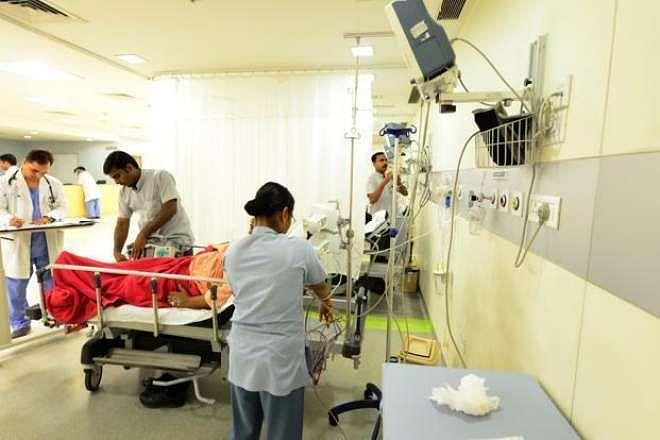 This week, NITI Aayog — the central government think-tank — and the Ministry of Health & Family Welfare came out with a health index report titled, “Healthy States Progressive India”, ranking states and union territories based on how the health system functions in their respective regions.

What has been generally covered in the report is how states have fared with respect to standard health index parameters. The report is a reference material that highlights issues of concerns too. In fact, here are six areas of concerns with regard to the health system across the country.

In the case of neonatal deaths, there is a huge disparity across the nation. In states like Odisha and Madhya Pradesh, the neonatal death rate was 32 per 1,000 births in 2016, much higher than some least-developed countries. This is despite the fact that the death rate has dropped from 35 per 1,000 births in 2015. On the other hand, states such as Tamil Nadu and Kerala have already reached the 2030 target in reducing neonatal deaths. Madhya Pradesh, again, fares poorly on the under-five child mortality index.

Unfortunately, death of under-five children has increased in Uttarakhand (38 to 41 per 1,000) and Chhattisgarh (48 to 49 per 1,000). The death rate of children below five years of age is again higher than countries that have witnessed the same level of economic growth as India. The government wants to bring down the death rate to 25 per 1,000 and states like Tamil Nadu, Punjab, Kerala and Maharashtra have achieved this target.

Sex ratio at births is an indicator of how many female children are born compared to males. In India, the number of girls born are lower compared to boys and this is attributed to gender discrimination, attracting world-wide attention. Unfortunately, data is available only from large states.

The Health Index reveals that the SRB during 2014-16 was higher at 950 per 1,000 boys only in Chhattisgarh and Kerala. In fact, the ratio dropped in 12 states, including Kerala, while it increased in nine states compared to 2013-15. In at least seven states — Punjab, Uttar Pradesh, Maharashtra, Rajasthan, Uttarakhand, Rajasthan and Haryana — the ratio is below 900 per 1,000 boys. Haryana fares the worst in sex ratio at 832 girls per 1,000 boys.

Notification of tuberculosis (TB) rates showed large variation between 2016 and 2017, according to the index. Himachal Pradesh had the highest notification rate of 226 per one lakh population, while Kerala notified 67 cases. The notifications included new and relapsed cases.

The centre had over 85 per cent success rate as target for treating TB patients between 2015 and 2016. Only 11 states and five Union Territories achieved this target. In fact, the success rate declined from 2015 to 2016 in some states including Uttar Pradesh, Odisha and Bihar by 15 percentage points.

One of the most concerning aspects in the index is the lower tenure of key health officials in the states. A stable tenure for the key officials — health secretary, director of National Health Mission and director (Health Services) — is a must for the sustainability of public health programmes.

For the three-year period 2015 – 18 compared to 2013 – 16, only in Bengal did officials last for the highest period of 28 months. In the case of Nagaland, the average tenure of the officials was 5.8 months. States like Tamil Nadu, Andhra Pradesh, Assam, Bihar and Telangana reported an increase of six months in the officials’ tenure, while states such as Punjab and Uttar Pradesh reported a sharp drop of over six months in their tenure.

The other concern with regard to health department officials is the short average occupancy of district chief medical officers (CMOs) that affected implementation of public health programmes. Of the 36 states, 28 reported occupancy of the CMOs post for over a year, while in states like Uttar Pradesh, Tamil Nadu, Andhra Pradesh and Punjab the occupancy of these posts was for less than a year.

Public health facilities continued to be affected by lack of manpower resulting in under-utilisation of health care facilities. Auxiliary-nurse-midwife (ANM) posts play a key role at health centres. In states like Uttar Pradesh, Odisha and West Bengal, ANM posts were fully filled between 2015-16 and 2017-18. In Bihar, nearly 60 per cent of ANM posts were vacant, while in Karnataka 33.4 per cent of the posts were not filled up.

At least 40 per cent of medical officers posts in primary health centres were vacant in five states, while three states had less than five per cent vacancies. Uttarakhand saw the vacancies rise to 70 per cent from 12 per cent during the review period.

Again, most states reported significant vacancies in specialists posts. The vacancies were less than 20 per cent only in Tamil Nadu, Kerala and Punjab. Some of the union territories like Diu and Daman, Lakshadweep, Andaman and Nicobar Islands had over 40 per cent of such posts vacant.

The centre sees functioning of cardiac care units in districts as an important indicator of the abilities of the health system to provide life-saving and critical procedures. In this regard, Assam, Jharkhand, Telangana, Uttar Pradesh and Arunachal Pradesh besides a couple of smaller states did not have such functional cardiac care units in their district hospitals.

Some states like Tamil Nadu, Kerala, Himachal Pradesh, Punjab, Bengal and Maharashtra have at least one such unit for every two districts.

Though there are some more areas of concerns, these are the ones that need immediate attention. Health is a state subject and therefore, the centre can only play an advisory role. However, it can encourage the states through allocations for various health programmes. Probably, it can come up with some “carrot and stick” policy to force the lagging states to buck up.