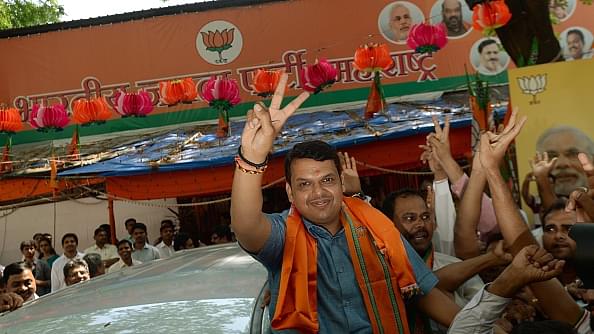 Apart from the Akali ruled Punjab, it is the BJP led alliance in Maharashtra which has tried implementing the disastrously sectarian Right To Education Act in a ‘strict’ manner. This as you can imagine, has had consequences. None of these can even remotely be characterised as - ‘good’ unless your thinking process is similar to the likes of Anurag Behar and his comrades who believe not much needs to change in the RTE.

(At this point, if the reader doesn't know why the RTE is sectarian and bad for children, it would be useful to read this)

1. According to data collected by the National Independent Schools Alliance (NISA), the state government sent official closure notices to at least 7000 schools between January 2015 and October 2016. Due to the very nature of the 93rd Amendment to the Indian constitution, it would be safe to deduce that almost every one of these 7000 schools were established by individuals who were born Hindu.

2. Data from NISA also tells us that there were 1404 threats of closure made by government officials or ministers through non-official public announcements in the year 2014. Since January 2015, there have been 1539 more such threats. While it can be argued that we shouldn't hold the threats made in 2014 against the then newly formed ‘Hindutva’ government in Maharashtra, the same can't be said about the 1539 threats made since 2015.

3. Research by the Centre for Civil Society tells us that a mere media report about a threat of closure made by government officials and ministers is enough to scare parents into withdrawing their wards from schools and admit them in other schools. This attrition in most cases is enough to precipitate closure, even without any formal issue of a closure notice by the state government.

The suffering on Hindu run schools haven't stopped with the closure notices and unofficial threats. Shri Devendra Fadnavis’ government seems to have expanded the scope of this suffering whilst publically stressing on providing autonomy to our institutions.

But also we need to focus on autonomy of institutions, research, innovations: CM @Dev_Fadnavis at #Loksattaat69

1. While the Congress government in Karnataka has made the fee reimbursement process for RTE affected (i.e. Hindu) schools online and mostly glitch free, the NDA government in Maharashtra claimed in the Bombay High Court during the hearing of a case filed by Uran Education Society, that the RTE Act ‘says schools must just admit students, and not ask for reimbursements of the costs incurred to do so.’!

One and a half years after the Bombay High Court ruled in the society’s favour and ordered the Maharashtra government to reimburse Uran Education Society and other such schools (other Hindu) for the costs incurred in admitting students from ‘disadvantaged sections of society’ under the 25 % quota, it turned out that the Maharashtra government had still not paid up ! The cash flow problems that this would cause to Hindu run schools cannot and should not be swept under the rug. This is nothing short of extortion.

2. The Devendra Fadnavis government also recently (January 2017) imposed a ban on privately held competitive exams in the state. The Hindustan Times quoted the circular issued by Govind Nandede, director of primary education. As saying - ‘We are putting a permanent ban on private illegal talent search or competitive exams’. The reason for issuing such a circular is simple- according to the state government, there is no provision in the RTE Act for the same.

One has to ask, will the Fadnavis Government issue circulars banning every practice among private schools not specifically dealt with by the RTE Act? Does the government want school kids to grow up thinking competition is something to be afraid of and avoid? Does the government believe that it is better for kids to not work hard and learn more lest they feel stressed?

3. In the process of streamlining the process for RTE admissions, the state government through a government resolution earlier this month is ensuring that Hindu run private, unaided, budget schools can't even independently verify documents (income certificates, residency proof, etc) submitted by prospective students admitted via the 25 per cent quota. Only ‘Education officers’ can do such verification. Here is what this means - if you can grease the palms of the concerned education officer, you can get your ward admitted in any school you want to in that officer’s area. This probably is the much vaunted single window clearance system.

It is not as if CM Devendra Fadnavis has no way out. The state government can adopt a version of Gujarat’s rules for RTE implementation. It can also take a look at eliminating input norms with regards to infrastructure, salary regulations and TET requirements for hiring teachers and turn around to making this a completely outcome oriented process. I cannot imagine why his government would refuse to reimburse Hindu run schools for RTE admissions. That is another place he can make a start. However, before any of the above, he needs to recognize a simple fact - RTE is a death sentence to most Hindu run budget schools.