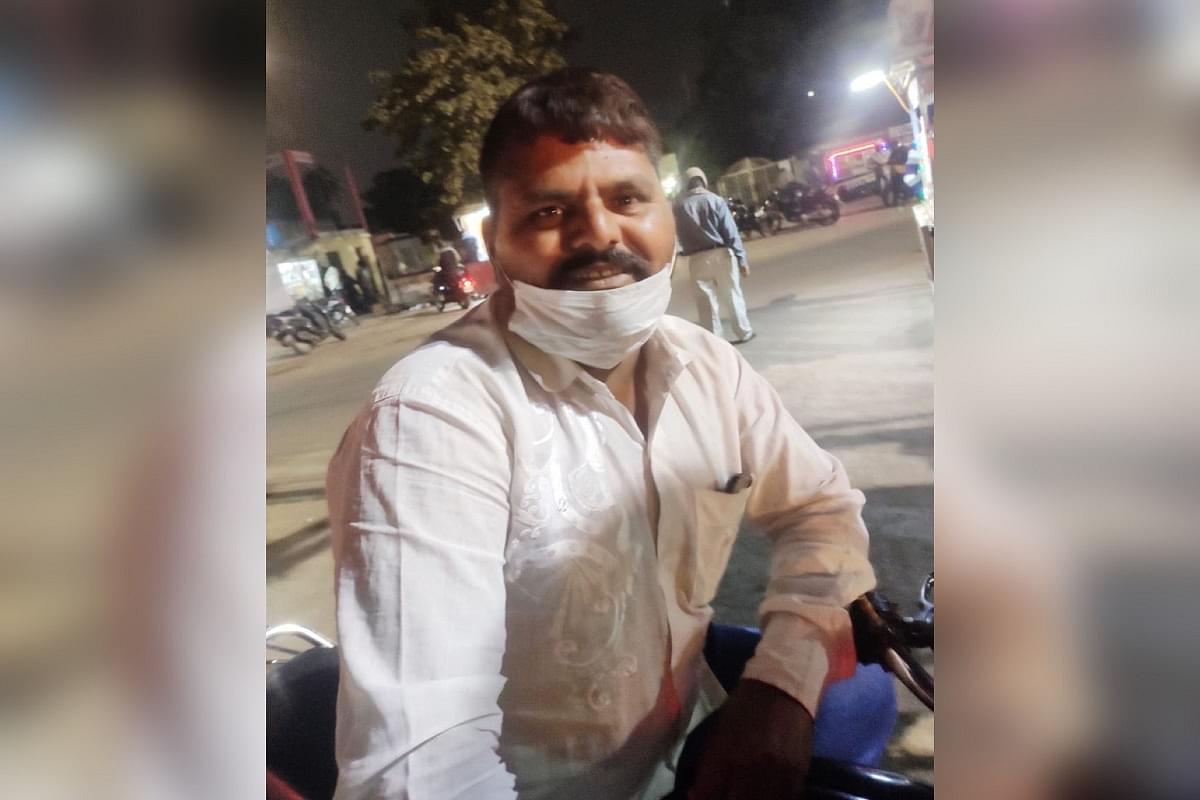 January 2022: a minor girl from Madhya Pradesh belonging to a Scheduled Caste community went missing from her house last week.

When she was tracked down and rescued by the police, she had been raped and filmed during the sexual act by the very man who lured her into ‘eloping’ from her house on the pretext of marriage.

The man, Mohammad Arwaz, along with caretaker of a toilet complex who helped him, Mohammad Sajid, has been booked not only on charges of rape, sexual assault on a minor and Scheduled Castes and the Scheduled Tribes (Prevention of Atrocities) Act but also under the state’s recently enforced anti-forced conversion law as he allegedly tried to force her into converting to Islam.

When The Girl Went Missing

The girl lives in a village in MP’s Khandwa district, around 180 kilometres from state capital Bhopal. As per her school documents given to the police, she is a student of Class X and her year of birth is 2007, which makes her not more than 15 years of age.

As per her family, she went missing around midnight on the intervening night of 17 and 18 January. The first information report (FIR) filed at Harsud Police Station on 18 January (number 35/2022) names an unidentified person as suspect for kidnapping her.

The complaint recorded in the FIR by girl’s brother Mahendra Dhurve says that around 1 am when his father woke up, he found that the girl was not in her bed. The family began searching for her.

When Mahendra returned home from work, he joined the search, looking for her at houses of friends and relatives. The family failed to find her.

The case was filed against an unidentified person under charges of kidnapping.

The girl was found on 20 January.

A man whose phone the girl used for calling up the accused from the bus stand, led the police to her. The man, incidentally, knew members of a Hindu group who intervened in the matter and created outrage against it on ground as well as social media.

Anish Ajhare, president of the Hindu group named Hindu Jagran Manch, told Swarajya that in the morning after the girl left her house, she borrowed the phone of a man at a bus stand to make a call.

The man, Sachin Kumar, saw the name ‘Arwaz’ flashed on his screen through Truecaller app. Sensing something fishy, he offered to accompany the girl for her next destination. He also alerted his friends in the Manch.

“After her call, the girl told Sachin that she had to go to Khandwa city. Our man told her that he was headed the same way. On reaching Khandwa, Sachin saw from a distance a man coming to meet the girl at the bus stand. Sachin’s suspicions were confirmed. The girl had eloped from her house,” Ajhare told Swarajya.

After coordinating with Harsud police, members of the Manch called up the accused in the evening. Threatened with police action, one of the accused admitted that he had the girl with him and agreed to drop her at the stand.

The police laid a trap and arrested the man on the spot. He was identified as Mohammad Sajid. As per police, Sajid is an accomplice of key accused Mohammad Arwaz. It was Arwaz on whose behest the girl had left her house. He is on the run.

Sajid, as per the officer, is about 40 years old.

They were additionally booked under section 3/5 of the Madhya Pradesh Dharkmik Swatantra Adhiniyam 2021 Act (loosely called the ‘love jihad’ law) and section 3(2)(V-a) of the Scheduled Caste and Scheduled Tribe (Prevention of Atrocities) Act.

The girl’s statement under section 164 of the CrPC (Criminal Procedure Code) in front of the magistrate was recorded on 19 January. The same day, she underwent a medical examination, police officers told Swarajya. The police declined to share the content of the reports with Swarajya citing privacy. However, a police officer, on the condition of anonymity, said that the girl testified to the charges in her statement.

Read the police communication with the magistrate below:

What The Police Says

Swarajya called up Harsud Police Station house officer Shivram Jamra on 20 January. He repeated the contents of the case diary entry made on 19 January (See the picture above).

SHO Jamra said that the police had seized Sajid’s mobile phone on which pictures and videos of the girl during a sexual act were recorded .

He said that the place where Arwaz met the girl was a Sulabh Shauchalaya Complex. He said Arwaz is absconding.

Although SHO Jamra evaded the question saying the matter is under investigation, Ajhare from Hindu Jagran Manch told Swarajya that Sajid is caretaker of the said Sulabh complex in Khandwa. It has been reported in local media as well.

“We are planning to stage a protest against the lackadaisical behaviour of the administration that lets a minor girl get raped at a government premise. The collector office is only a few metres away from where the incident happened. Our organisation demands immediate arrest of Arwaz who trapped a minor Hindu girl and recorded his sexual act with her to blackmail her,” said Ajhare.

The Minor Narrates Her Story

On 20 January, Swarajya spoke to the girl’s brother who testified to statements made by Ajhare. He handed the phone to the girl to listen to her version directly.

She made disturbing revelations.

She said she got in touch with Arwaz through a “wrong number” on 2 January 2022. When pointed out that news reports say she met him on Instagram, the girl said the reports are wrong.

Over the phone, Arwaz introduced himself as Vishal. The two got talking and became friends. The girl developed romantic feelings towards him. One day, he revealed to her that his real name is Arwaz and he is Muslim.

Apprehensive of her family, she tried to distance herself from him. However, Arwaz threatened to slit his wrist if she did not continue the relation with him, she said.

Two weeks later, Arwaz asked her to come to Khandwa to meet him.

On his directions, she packed a bag, took her school documents and left her house at midnight. The next morning, she reached a bus stand where she could get a bus to Khandwa city.

At the bus stand, she borrowed the phone of a passenger.

After the call, the passenger, Sachin, asked her if she was leaving home to marry Arwaz. “I replied – yes, I will marry Arwaz. He is a good man,” the girl says.

Sachin accompanied her to Khandwa and dropped her at her destination. Before leaving, he wrote his number on a piece of paper and handed it to her “in case she landed in trouble”.

After Sachin left, she met Sajid. He told her that he had come to take her to Arwaz. Sajid took her to a place that was lined with toilets. “There were many toilets there, separate for men and women,” the girl says.

There, she met Arwaz. Unlike Sajid, he was young. After Sajid left, Arwaz took her to a secluded corner in the toilet premises and began kissing and fondling her, she says.

The girl further told Swarajya that while she had feelings for Arwaz, she was not prepared for what happened next. “He made relations with me. Until then, I did not know what sex was,” she says.

Arwaz secretly recorded the sexual act on a mobile phone – something she learnt later in the day. The phone used was Sajid’s.

After it was over, she went to a women’s toilet. Sajid came from behind and grabbed her. “He held me by my waist. Then he began touching my breasts. When I tried to push him away, he told me that I am rather ugly and good breasts are all I have got. He then put his hands under my kurta.”

Thankfully, Sajid did not do to her what Arwaz had done, the girl says.

Arwaz disappeared after the sexual act, she says. “I borrowed Sajid’s phone and called up Arwaz repeatedly. But his number was switched off. Sajid told me that Arwaz had done what he had to do and is now busy with his work.”

The girl says that she requested Sajid’s phone again to make “a final call to Arwaz”. “I instead dialled Sachin’s number. He answered the call, but I spoke nothing, as Sajid was around,” she says.

By evening, Sajid had begun getting frequent calls from unknown numbers. When he finally answered one, it was from a member of the Hindu Jagran Manch.

Asked about her family, the girl said she has six siblings and she is the youngest. Her father works as a daily wager. Her mother died several years ago. She says Arwaz had told him that he works as a house-painter, earns well and could take good care of her.