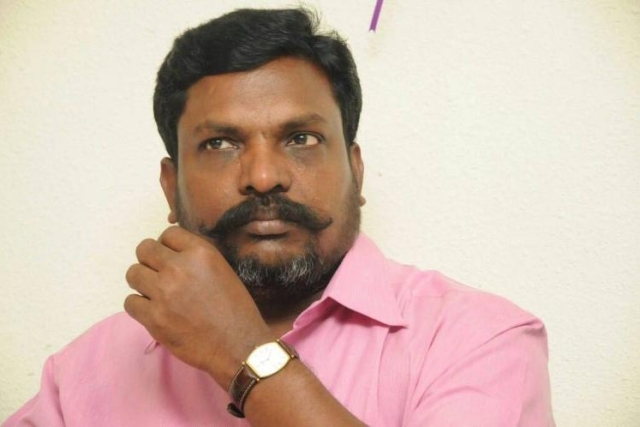 Looks like Viduthalai Chirthuai Kazagham (VCK) founder Thol Thirumavalavan is under pressure to retain his cadre and base. Otherwise, why should he all of a sudden say that he doesn’t advocate conversion, as reported in The Hindu.

In an interview that discussed his study of mass conversion of Dalits to Islam at Meenakshipuram in Tamil Nadu’s Tirunelveli district, the VCK founder said the objective of the study was not to recommend conversion. The statement comes on the heels of criticism by Puthiya Tamizhagam party leader Dr K Krishnasamy, who said the study was an endorsement of conversion.

In 1981, a mass conversion of 220 families of Schedule Caste Hindus to Islam took place at Meenakshipuram, causing a nation-wide furore. Thirumavalavan said that the study aimed at finding out why the Schedule Caste Hindus embraced Islam. He said he also tried to find out if there was influence of Gulf money or any other inducements. The VCK leader is silent on this, though he says that the socio-economic status of the converted families has improved drastically compared with their counterparts elsewhere in the state.

He said discrimination for long led to the conversion and police atrocities precipitated the situation after a double murder in the village. Thirumavalavan met the heads of the families who decided to convert to Islam in 1981 and added that the late V R Nedunchezhian, then minister in the M G Ramachandran’s cabinet, told the state assembly that the oppression of the downtrodden led to the conversion.

Those who have been watching Thirumavalavan closely aren’t surprise with this statement. The VCK leader is seen very close to Evangelical Church of India bishop Ezra Sargunam, who has always been close to the Dravida Munnetra Kazhagam (DMK). Some of Thirumavalavan lieutenants are converts from Hinduism to Christianity. He has always been seen in the company of those who openly criticise the Bharatiya Janata Party (BJP), Rashtriya Swayamsevak Sangh (RSS) and others who espouse the cause of Hinduism. And he has always on record praised Dravidar Kazhagam and its founder Periyar.

Dravidian parties have directly or indirectly supported conversion of Hindus to other religions, especially Islam and Christianity. This is because parties such as the DMK have always viewed these minority religions as a vote bank. Muslims and Christians together can decide the outcome of results in close to 50 constituencies in Tamil Nadu out of the 234. Until 2014, VCK had aligned either with the DMK or the All-India Anna DMK (AIADMK) in the elections. Therefore, there is always an element of doubt when someone like Thirumavalavan gives such an interview.

It would be wrong to imagine that the VCK leader has or is undergoing a change of heart. His critics point out that Thirumavalavan is a street smart leader. In the earlier part of his life, the VCK leader was a RSS worker, and he had been with the organisation for almost a year. In the RSS, he was always considered to be smart, well-behaved and hard working. Maybe, he expected a speedy progress but wasn’t able to achieve it. It was here that someone like Ezra Sargunam saw his potential and drew him out to float his own outfit.

The problem for Thirumavalavan is that over 90 per cent of his cadre belongs to Scheduled Castes. And most of them are staunch Hindus. In fact, Tamil Nadu is witnessing a contest over Schedule Caste votes with Tamil film director Seeman emerging a serious rival for him. On the other hand, the central government has been silently handing out various programmes to these downtrodden people. Certainly, the VCK chief cannot send wrong signals to his cadre and followers by advocating conversion. If he were to advocate that, he will likely witness an exodus.

Meanwhile, Tamil Nadu Fisheries Minister D Jayakumar has set the rumour mill running with his statement that the VCK is inching closer towards the AIADMK. The talk in Tamil Nadu is that the AIADMK could go along with the BJP, probably with the backing of actor Rajinikanth, while some other parties could also join. Has Jayakumar dropped hints that VCK is on its way to join them or has he set the cat among the pigeons? We will know that soon but for now, all that Thirumavalavan is doing is to retain his cadre. Nothing needs to be read or seen beyond that.