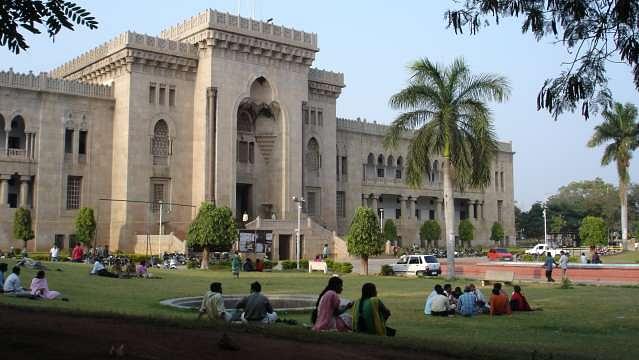 Telangana Finance Minister Etela Rajender presented the budget for 2018-19 with an estimated total expenditure of Rs 1,74,453 crore. While it continues to focus on huge projects like Kaleswaram Irrigation and Mission Bhagiratha, the budget of the Telangana Rashtra Samithi (TRS) government has neglected long term growth areas such as education, entrepreneurship, job creation, child nutrition and woman welfare. Always the devil is in the details, so when we look at the numbers deeply, the bitter facts emerge from the sugar-coated promises and schemes.

The most celebrated investment support scheme (providing Rs 4,000 per acre as investment to every farmer) is only a window dressing, ignoring basic problems like fake seeds, labour availability, market creation, etc. The allocation for agriculture, allied sector and rural development is Rs 20,820 crore for 2018-19, which is 12 per cent of total budget outlay, whereas the Telugu Desam Party government of Andhra Pradesh allocated Rs 33,170 crore, which is 17.3 per cent of total budget outlay. It essentially implies that the TRS government has conveniently ignored the most basic programmes in agriculture and rural development and focused only on the more politically motivated Farmers’ Investment Support Scheme.

Rural development is one of the most important focus areas of any government in order to avoid abnormal urbanisation and discourage distress among rural youth. The focus on rural sanitation, roads and employement is totally lacking. The TRS government has allocated only Rs 3,658 crore for rural development, but surprisingly, the allocation for rural employment is literally zero rupees. Whatever available of the general rural employment programmes has been packaged into caste-driven development projects such as the Rs 200 crore programme for the washermen community.

Ignorance seems to be bliss for the TRS government because education and child nutrition sector is the most ignored by this government. When the Telangana state was formed, it was 28th most literate state with 66 per cent literacy only above Bihar. But the TRS government neither reveals this fact nor does anything to improve the situation. Bihar allocates a whopping Rs 32,500 crore for the education sector alone, which is almost 17 per cent of the total budget outlay. The TRS government talks only about the number of residential schools for Scheduled Castes, Scheduled Tribes and Muslims and have no time for general development of literacy and awareness. The prevailing illiteracy is what is leading to child malnutrition, child mortality and farmer suicides. The allocation for education sector is Rs 12,529 crore, which is only a 4 per cent increase from Rs 12,033 crore in 2017-18 (RE). This low growth implies a lack of focus and an absence of teacher recruitment. Teacher recruitment has not been incorporated in this budget, because if it had been, then there would have been an expenditure increase of at least 10 per cent on education. So this government is again planning to cheat unemployed youth by postponing recruitment.

The Telangana government has been allocating more than Rs 20,000 crore for irrigation every year ever since they came to power in 2014. The most talked about Kaleshwaram irrigation project among others got an allocation of Rs 25,000 crore this year also. But the impact of this expenditure is not yet clear. The cost envisaged for the Kaleshwaram project is Rs 81,000 crore for the total area it serves (ayacut), which in this case 18.26 lakh acres, amounting to Rs 4.44 lakh per acre.

But if we compare this parameter with any other state’s project, the cost is much lower - the nearest figure being Rs 1.22 lakh per acre for Orissa’s Mega Lift Irrigation scheme.

The government must explain this huge inconsistency in fund allocation and must account for the expenditure.

Telangana is the fifth most urbanised state in the country with more than 40 per cent of its population living in cities. However, urban development never gets its due in budgetary allocations of the state. With the recent trend of municipal bonds, GHMC (Greater Hyderabad Municipal Corporation) also raised an amount of Rs 4,800 crore through bonds and other means. The allocations of Rs 5,807 crore for urban development is definitely not sufficient for an urban population of 1.5 crore.

Hyderabad has always been in news for its achievements in sports but the government was least interested in sports and cultural development of the city. In fact, most of the government sports facilities are used for marriages and functions. The city has only seven swimming pools and about 90 per cent of colonies don’t have any sports amenities. Thanks to private facilities, the sports culture is still alive with swimming, tennis, badminton, boxing and shooting drawing a lot of interest in the city.

Industrial development is one of the core activities of any state government, which shows in the capital outlay earmarked. But this budget has allocated only Rs 103 crore; yes you need to believe it. So many bombastic schemes like T-hub, WE-hub, Pharma city and new IT projects in Budvel were launched, but they exist only in numbers and haven’t got off the ground. In reality, the state has seen the closure of 7,627 companies during the last 45 months. In this time, 70 pharma companies shut down near Hyderabad, 20 textile industries closed down near Sircilla (represented by state IT Minister K T Rama Rao), and many manufacturing companies shuttered.

The TRS government, unfortunately, appears to be suffering from amnesia; they conveniently forgot what they announced in previous budgets. When NIMZ (National Investment and Manufacturing Zone) was announced, it promised to create 4,50,000 jobs; ITIR, another 5 lakh jobs, and there is no such mention in this budget. During the last 45 months, more than 5,00,000 workers lost their jobs because of shutting down of industries. The youngest state of the nation suffering from oldest problem: unemployment. On the one hand, the government is shirking the responsibility of job creation; on the other, existing workers of various industries are losing their jobs due to shutting down of the factories. Telangana has the third-highest level of unemployment among graduates in India, claims a fresh report. According to the ‘Unemployment in India - A statistical profile’ prepared by the Bombay Stock Exchange (BSE) and Center for Monitoring Indian Economy (CMIE), the unemployment rate in the state between May and August 2017 was 18.59 per cent. At 26.28 per cent, Jammu and Kashmir topped the charts followed by Assam, which recorded 23.55 per cent unemployment rate.

The Telangana budget 2018-19 is limited to lofty promises, magnanimous schemes and vote bank politics, with education, jobs, public health and sick industries having been cold-shouldered.

All that glitters is not gold.

Amarnath Sarangula is an agri entrepreneur and director of Cornext Agri Products Pvt Ltd. He tweets at @amarhindu.