Telangana For TRS: How KCR Beat The Mahakutami 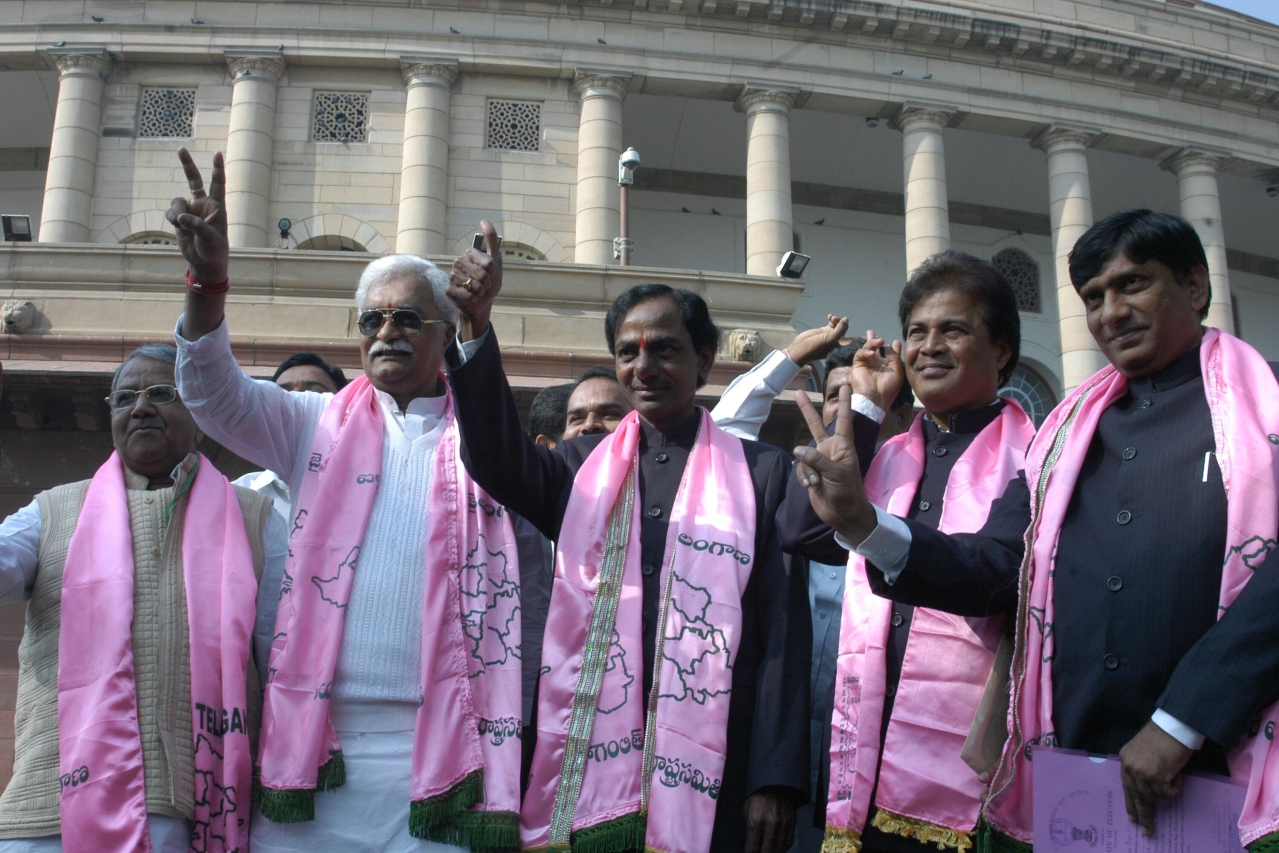 The results are out in Telangana and the people have spoken. The first government of the youngest state of India is all set for a second term. Through the course of this election cycle, Telangana saw a number of ups and downs and power plays being made. Let us look at a few of the factors which influenced the elections and the ways in which K Chandrashekar Rao (KCR) managed to cash in on all of them.

The first power move of the KCR-led Telangana Rashtra Samithi (TRS) government was the dissolution of the assembly, at least five-six months before schedule. This indicated that the government was confident of cashing in on the positive sentiment noted in the state. But there were two possible risk aversions which were also factored into the decision. The first was to not give the Mahakutami adequate time to consolidate and organise and the second was to avoid going to the polls during the general elections.

Historically, the governments who have operated on a confidence premium to dissolve the house before time have not been successful. But for KCR, the gamble seems to have paid off.

The second factor which KCR cashed in upon, was the defection of rebel MLAs. This is something that he had been consistently doing through the course of the past five years. In 2013, the TRS had 63 MLAs in the assembly but by the time the assembly was dissolved, the total had come up to 90. 12 MLAs from the Congress, 13 from the Telugu Desam Party (TDP), three from YSR Congress (YSRC) and two from the Bahujan Samaj Party (BSP) had defected to the TRS, in the process of giving it a 3/4th majority in the house. But, the important thing here was that the traditional vote banks of the TDP in many areas got eroded because of these defections and benefitted the TRS.

The third smart move of the TRS was to establish an early alliance with the MIM. Telangana has one of the largest Muslim populations in the country and the TRS had already pulled out all the stops to appease the Muslims with the promise of a Muslim quota. During 2013, while the TRS had been able to register a decent performance in the hinterland where the statehood agitation was the strongest, its performance in Hyderabad, with high Muslim population, was not up to the mark.

The MIM had won almost half the seats in the Hyderabad district making it a very strong adversary which would have cut into the minority votes in the states. The collaboration between the MIM and TRS led to an intelligent fielding of candidates making the fight a two-way fight in all cases. A few days ago, TRS even refused the offer of a post-poll alliance with Bharatiya Janata Party (BJP), preferring to stay put with the MIM even if they managed to cross the half way mark alone.

The fourth and the most tangible reason behind the success of the TRS is the slew of popular schemes which KCR managed to cash in upon. The party managed to retain their loyal rural voter base of 2013 with a number of schemes, particularly the immensely popular Ryuthu Bandhu scheme. The Ryuthu Bandhu scheme has made ripples nationally as the first model of direct investment support for farmers through which each farmer gets Rs 4,000 per acre for both Kharif and Rabi crops.

The scheme also had its drawbacks because it did not cover tenant farmers but the impact was significant enough even without it. The other popular schemes include Ryuthu Bima (life insurance for the farmers), Aasara pension for the old, widows and physically disabled people, Kanti Velugu (free eye care), free two BHK scheme for the poor, Kalyan Lakshmi-Shaadi Mubarak etc. The schemes have been successful in trickling down to the grassroots, and have worked extremely well in strengthening the perception of the government as pro-poor.

By no means was the fight in Telangana, a small fight for the TRS. With the TDP and the Congress coming together, there was the risk of massive vote transfer which could have impaired the chances for KCR enjoying further power. If the Mahakutami had contested the last election together, their vote share would have been more than 40 per cent with the TRS having a vote share of 34 per cent. This could have skewed the numbers during the last election and could have disturbed the chances of KCR in his own seat of Gajwel where the TDP + Congress had 51 per cent of the vote share in 2013.

There were a number of seats in 2013 where the victory margin for the TRS was in the 1-2 per cent range and the joint opposition threatened the chances of TRS making a comeback in these seats. But, it looks like smart strategising about both the alliances and the timing of the election and the popular schemes of TRS have been able to avert the major risk for them.

But the risk of facing the Mahakutami remains as we go into 2019. Even with a very small window provided for mobilisation and for a fully developed campaign, they have been able to put up a very strong fight. The battle for 2019 might still not be a cakewalk for KCR but for now, the pride of the first ever government of Telangana has been salvaged.

Get Swarajya in your inbox everyday. Subscribe here.
Tags:
278 Shares