Ten Things That Will Decide Who Wins In Chhattisgarh 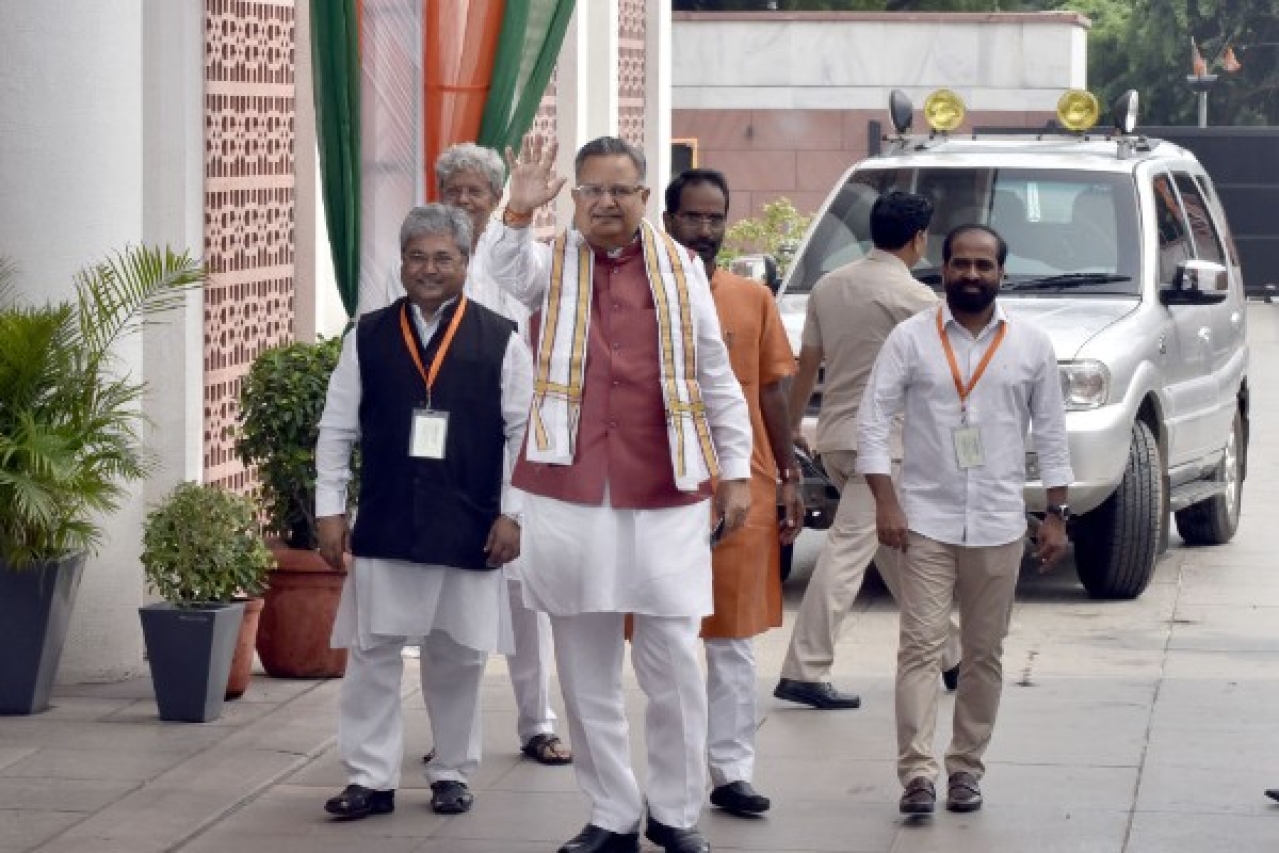 In the first part, we analysed five factors that could have a significant impact on the election results in Chhattisgarh. Now, in the concluding part, we look at a few other factors that could influence this snake-and-ladder chase. The Ajit Jogi–Mayawati alliance has made the contest triangular. The state has been a nightmare for polling agencies.

Farmers account for 80 per cent of the state’s population. While Raman Singh is credited with the turnaround of agriculture in the state, it’s also a fact that more than 1,300 farmers have committed suicide there during the last two and a half years. Forty per cent of the respondents in the India Today–Axis survey have highlighted agricultural distress as a major election issue—the third biggest—in the state. The Bharatiya Janata Party (BJP) expects that Rs 2,100 crore worth Dhan Bonus Tihar will help soothe the nerves of the farming community. The minimum support price (MSP) declared by the central government for 2018-19, claiming to guarantee 50 per cent profit to farmers, will also help.

Sanchar Kranti Yojana (SKY) aims to distribute 5.5 million smartphones to women in rural areas in an attempt to bridge the digital divide and empower women. Under Saraswati Cycle Yojana, 1.5 lakh cycles have been distributed to below poverty line (BPL), Scheduled Caste (SC), and Scheduled Tribe (ST) girls. Under Pandit Deendayal Shram Anna Sahayata Yojana, lakhs of daily labourers are served affordable meals. The ambitious Ayushman Bharat scheme is likely to benefit 40 lakh families in the state. Through a web of state and central social sector schemes, the BJP has ensured welfare for each section of society. The party claims that at least one member of every household in the state has been benefited by one scheme or another.

It is widely acknowledged that while the BJP has a sizeable and strong organisation in the state (35 lakh), the Congress is bereft of such cadre presence. Bhupesh Baghel and T S Singh Deo are trying to revive the party structure at the block and mandal level. In line with the BJP’s panna pramukh, the Congress is also creating its army of booth managers. Both parties have created hundreds of WhatsApp groups to disseminate their political messages and created an army of cyber warriors.

While the BJP’s strategy is to highlight the significant achievements made under the Raman Singh government, it faces the challenge of first-time voters, who have not seen and remember the BJP’s publicised dark age of Digvijaya and Jogi. It is estimated that the state has around 79 lakh voters in the age group of 18-25 years. While the voter in this age group has generally voted for the BJP in the 2014 Lok Sabha and recent state elections, in Chhattisgarh, the Congress has received higher support from these young voters.

As per the IBC24 survey, 56 per cent of the respondents are unhappy with their Members of Legislative Assembly (MLAs). This tends to negatively impact the performance of the party, which has relatively more members in the assembly, like evidenced in Gujarat and Karnataka. The BJP’s strategy elsewhere has been to deny tickets to a large number of current MLAs to negate the impact of anti-incumbency. The presence of the Ajit Jogi–Mayawati alliance means ticket denial could lead to rebel candidates, who could get a ticket from the alliance and negatively impact the party’s chances. Further, in 2013, approximately 60 per cent of the seats witnessed a change of hands, signifying a high level of dissatisfaction with the performance of current MLAs.

Chhattisgarh holds the record for the highest NOTA score till date. In Chhattisgarh, a total of 4.6% of voters opted for NOTA, or none of the above. On 12 seats, NOTA polled more votes than the margin of victory. The Congress lost seven seats of these 12.

According to CMS–India Corruption Study 2017, 56 per cent households feel corruption has increased in the public services in the state. The national average is 43 per cent. Senior Cabinet Minister Babu Lal Agrawal is facing serious bribery charges. Sex scandals have also rocked the government. Forty per cent people consider unemployment as a big issue in the state. Two and a half lakh people are registered in the unemployment exchanges. Thirty-eight per cent respondents in the India Today–Axis survey have highlighted price rise as a major election issue. The price of petrol and diesel has been witnessing a continuous increase in the last few weeks and disturbing households budgets. These are bread-and-butter issues that affect most elections in India.

Raman Singh is credited with putting the state on the path to development and shedding the “BIMARU” tag, used to denote poor economic conditions in the state. Independent rating agency CRISIL rated 16 big states on three parameters of gross domestic product (GDP) growth, inflation, and fiscal position for the five-year period from 2013 to 2017. Chhattisgarh has attained the fourth rank overall, and is only below Gujarat, Maharashtra, and Madhya Pradesh. The state has recorded an average GDP growth of 7.2 per cent, which is higher than the all-India GDP growth of 6.9 per cent. With the lowest debt-to-GDP ratio of around 16 per cent and a fiscal deficit-to-GDP ratio of 3 per cent, the state tops the charts in terms of fiscal performance.

Ambikapur and Bastar are the Naxal-affected areas in the state. Under Raman Singh’s tenure, deaths due to Naxal activity have halved from 327 in 2010 to 169 in 2017. The spate of attacks has increased in 2018 because of a nervousness on the part of Maoists, as also the fear of losing relevance. The southern region of Chhattisgarh, which has 13 seats and is most affected by Maoist activities, polled 5.5 per cent NOTA votes, higher than the state average in 2013.

Ajit Jogi has tied up with Mayawati to contest elections. The alliance is eyeing the 44 per cent SC-ST population in the state and the 39 reserved seats. Currently, the BJP has 20 and Congress, 19, of these reserved seats. It remains to be seen which party it damages more. On the face of it, it should benefit the BJP as anti-BJP votes will be split between the alliance and the Congress.

The ABP-C Voter opinion poll predicts a Congress win with 54 of 90 seats, while the India Today-Axis poll predicts a BJP win, with 50 per cent respondents satisfied with the performance of the state government. Public prediction platform Crowdwisdom predicts a hung assembly with the BJP at 43, Congress at 40, Jogi Congress at five, and Bahujan Samaj Party at two seats.

To sum up, a complex interplay of host of factors will determine who ultimately wins Chhattisgarh. A cracker of an election is in store.