The Dark Rule: Why Congress Went After India’s Institutions 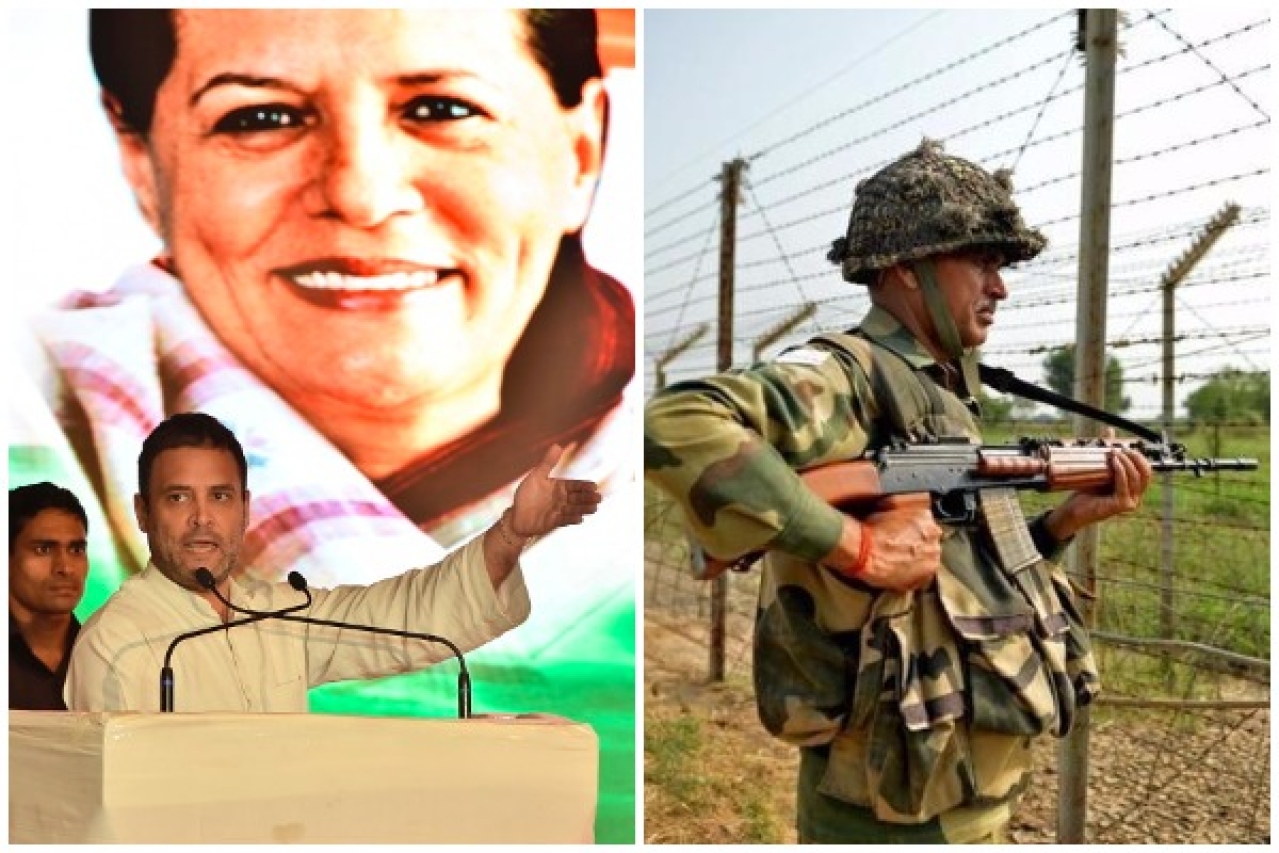 Congress leaders have been showing their blatant disapproval of Indian Army Chief General Bipin Rawat’s stand with statements such as these: “Our Army Chief gives out statements like a sadak ka gunda (street thug)” says Sandeep Dixit, son of three-time chief minister of Delhi Sheila Dixit, a close confidant of Rahul Gandhi and a senior Congress leader, himself. Just a few days ago, Jairam Ramesh, a former minister in the previous Congress government and another Congress leader considered very close to Rahul Gandhi, defended an obscure writer who, in an extremist left publication, had compared General Rawat to the notorious British General Dyer. This sudden public opprobrium directed at India’s serving Army Chief, coming from the Congress party, may seem surprising to some, but there is a definite history to this.

While the 10-year Congress rule between 2004 and 2014 is known to be one of the most corrupt phases in India’s history since Independence, what has gone unnoticed is the concerted attempts to decimate India’s independent institutions in that phase. Consider the following: The Supreme Court of India had to intervene and strike down, for the first time ever, a dubious appointment pushed for Central Vigilance Commission (CVC); the CBI under the then government was described as a ‘caged parrot’ by none other than the Supreme Court; the entire Congress party was mobilised to publicly besmirch an upright Comptroller and Auditor General of India (CAG) through such inventions such as ‘zero loss theory’ in the spectrum scams; the most charitable thing that was said about the prime minister during this period was that he was an ‘accidental Prime Minister’. There was not even one institution that was either not sought to be compromised, and if that was not possible, or not maligned during those 10 years. Not even the media was spared – some of the media houses that sprung up during this period have faced serious charges of money laundering and financial fraud since the very beginning.

However, in a sort of unwritten code between all political parties, there used to be one institution, the Armed Forces and associated with it, the national security, which used to be kept out of politics and political subterfuge. The 10 years of Congress government saw even this last frontier being challenged. For the first time ever, a serving Chief got engulfed in a scam, perpetrated during the Congress rule, and had actually to face arrest and jail time. A fake story of a purported military coup was planted in a Delhi newspaper to malign another service Chief who refused to obey the bidding of the Congress government in dubious procurement deals. It was during this period that the president of the ruling party apparently ‘wept bitterly’ when she saw photos of terrorists killed in an encounter, and it was during this period that a terrorist, who was claimed by a dreaded Pakistan-based outfit as one of their own, was foisted on the nation as an ‘innocent girl’.

Simultaneously every genuine demand of the Armed Forces was turned down with contempt. The 10 years under Congress government became synonymous with institutionalised inaction when it came to even critical procurements. OROP had been a demand pending for 40 years and yet it continued to get postponed year after year. In the last months of that government, a farcical announcement was made that it would be accepted and a budget allocation of Rs 500 crore was made. When the real calculations were made by the present government, the actual amount required came to over Rs 12,000 crore!

More recently, when the entire country was celebrating Indian Army’s surgical strikes across the western border, the Congress party and the ecosystem of NGOs and extremist Left organisations it has spawned were busy casting doubts on the veracity of the Army’s claim. This was the first time in memory that the claims of India’s Director-General of Military Operations (DGMO) were disputed by Indian political parties!

So why is it that the Congress and its affiliates have so systematically gone about stunting institutions? Part of the reason is the very structure of the party – a fifth generation dynasty at the very top and most critical positions below it also filled by minor dynasts. Democratic leaderships that emerge from the cauldron of public service cherish strong, merit based institutions – for they will reinforce the ability of such a leadership to implement policy. Dynastic leaderships, however, place the first and the only premium on personal loyalty and independent institutions that would refuse to do the bidding of a family but would place country first, by their very nature, are an anathema to such leaderships.

In the present case of an all-out attack on the institution of Armed Forces, there is an additional reason as well. The far and the extremist Left ecosystem that the Congress party has nurtured to keep its project going has been consistently pushed on the margins by a rising and aspirational India. Their reaction has been to ally with every anti-India force in the crudest adaptation of enemy-of-my-enemy-is-my-friend credo. From mainstreaming Bharat tere tukde honge narrative to the ‘sainthood’ accorded to Burhan Wani, the self-proclaimed head of a declared terrorist organisation, the efforts of this alliance have been consistently in this one direction. The alliance hoped that orchestrated public opinion, albeit in a miniscule minority, would adversely force the Indian hand in Kashmir, thereby debilitating one of the main planks of the present government. Or so was the calculation. However, not only did the Indian security forces not buckle under such public orchestration, they in fact upped their game – the next designated head of the terror organisation that Wani belonged to has been neutralised while his successor has also been killed.

Terrorists, both domestic and foreign, now have their days numbered, and on the border, there is a new aggressive approach that believes in delivering swift and apt retribution. It is this new resolve that has completely riled up the ecosystem of the Congress party. In the Army Chief, they do not see a General dedicated to the cause of serving India, but an adversary who does not fit their diabolical political revival plans. Between the cause of India and their own future, they have chosen self. As the vice president of the Congress party goes on another ‘vacation’ after stoking these flames, the nation now has to make its choice known once and for all!