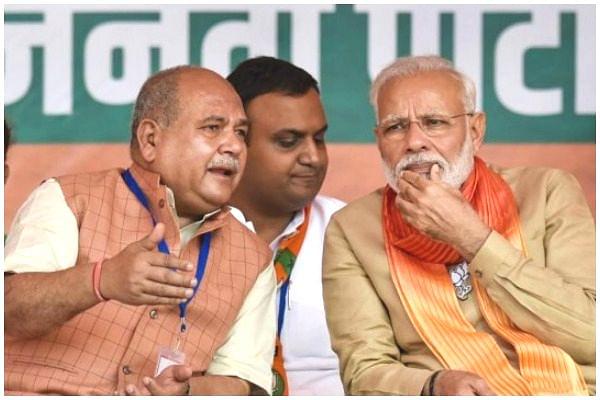 A certain section of farmers is up in arms against the radical agriculture reforms ushered in by the Narendra Modi government in the country. Of course, just like the Citizenship Amendment Act, vested political interests interested in maintaining the status quo are rallying the gullible citizens and whipping up their sentiments against the government with the help of the middlemen who stand to lose the maximum from these reforms.

The two bills passed by both the houses of the Parliament are a) The Farmers' Produce Trade and Commerce (Promotion and Facilitation) Bill, 2020 and b) The Farmers (Empowerment and Protection) Agreement on Price Assurance and Farm Services Bill, 2020. Both these bills were already in implementation since June as Ordinances. The former liberalises the intra and inter-state trade of farm produce (including online) while the latter provides a framework for contract farming.

The third ordinance The Essential Commodities (Amendment) Ordinance, 2020, also promulgated in June has also been passed as a bill by Lok Sabha and is likely to sail through in the upper house as well. This trio of agri reforms agenda is being rightly equated to the 1991 movement for delicensing of industry by agriculture scientists and experts such as Dr Ashok Gulati.

However, this hasn’t stopped the politician-activist-middlemen nexus from casting aspersions of these bills and terming them anti-farmer. But there is no doubt that these reforms will positively benefit both farmers and consumers just like it happened when India opened up airlines, telecom and other sectors for private sector. This not only opens the moribund sector for big corporations but also creates immense opportunities for entrepreneurs. And like always the ones opposing the reforms will have egg on their faces.

This is not to say that these agri reform bills don’t need any scrutiny. They surely do but it has been made difficult by mindless and cacophonic opposition. And this, in fact, is what farmers should be really worried about because those politicians who have a duty to hold the government accountable and improve on the reforms brought for discussion in the Parliament are behaving in the most irresponsible way. In all this noise, the signal is getting lost.

Before I discuss genuine concerns around the three reform bills, let me state what I wrote in May when they were announced: If ever there existed a Rama-baan to solve the woes of Indian agriculture and farmers, this is it.

The ’It’ above refers to Contract Farming particularly and the reason for saying this is because it stands to fix some of the biggest problems with Indian agriculture: the lack of scale, low productivity, near absence of post-harvest value addition, unpredictability of prices at the end of harvest, lack of diversification, lack of private investment especially in agri-tech, seeds, and presence of too many people engaged in agriculture, etc. (explained in detail here)

But facilitating contract farming alone won’t do much if it’s not accompanied by the changes is Essential Commodities Act of 1956 (ECA) and breaking the monopoly of Agriculture Produce Market Committee (APMC).

How? Well, the ECA is a legislation from an era of shortages of the Nehruvian India where the government needed to crack down on hoarders of essential commodities. It isn’t compatible with contract farming, where large volumes of commodities will need to be stored and moved seamlessly across state borders.

Similarly, breaking of APMC monopoly is critical to the success of contract farming, for, the contractor will need the freedom to transport and sell it to any buyer not just within a particular state but anywhere within the country.

Let’s now turn to the genuine concerns around the agri reforms which are missing from the narrative.

This sort of protection for the consumer at the expense of the farmer stands to undo the whole reform itself. Basically, if price of say Onion increases from Rs 30 per Kg to 60 per Kg (100 per cent increase in one year), then stocking limits will be back. The ceiling for reimposition could’ve certainly been higher given that such kinds of price fluctuation isn’t uncommon for perishables (especially over a period of one year) and whenever there is price rise, there will be pressure on the government to “do something”. This will hurt the farmer.

Just before the government introduced these reform bills in the Parliament, it banned the export of onions due to price rise. Calling out this government tendency to put consumer’s interest over the farmer’s is something that should’ve been the top priority of the opposition. Alas.

Second, in the contract farming bill, the arrangement provides for a three-level dispute settlement mechanism: the conciliation board, Sub-Divisional Magistrate and Appellate Authority. Now, this sounds good on paper but we need to see how it plays out in the implementation phase. There have been cases in the past (in states which allow contract farming) where farmers sold their produce in the market instead of selling it to the business they had signed contracts with because they were getting a higher price in the market.

Now, theoretically, the companies or agri entrepreneurs can take the matter to dispute settlement authority but we all know that the farmers have an upper hand in this power relation. Moreover, any government will find it hard to restrain Itself from intervening on the side of farmers when they break their contract.

Third, individual farmers contracting with big companies, processors, etc isn’t a great way to secure their interests. The government, both at the centre and the state level, must focus on creating more and more Farmer Producer Organisations and strengthening them as an institution so that they are able to bargain from a position of strength.

Additionally, these organisations need to be given financial incentives. As Dr Gulati recommends FPOs should get their working capital at 7 per cent interest rate — a rate that the farmers pay on their crop loans - rather than them depending on microfinance institutions and get loans at 18-22 per cent interest rates.

Farmers will be better off if they try to negotiate better terms under these radical reform bills rather than falling for propaganda peddled by the usual suspects. The ones fighting for blanket rollback of these three reform bills aren’t their well-wishers. They are the same people who have kept them poor and stagnated for decades. It’s time they welcomed the liberalisation of agriculture sector with open arms.