The Kalam And The Yakub Template: What Would The Indian Muslims Choose? 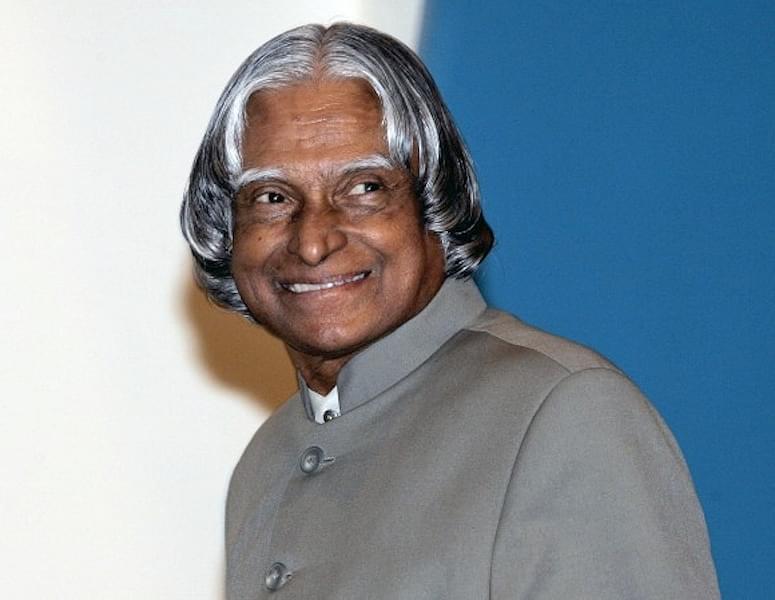 This author believes the Indian Muslims will choose Kalam

Rarely in India have the dichotomies between patriotism and treason, between terrorism and humanism, been summed up so eloquently by two contemporaneous events as they were in the last week of July. Former President Abdul Kalam’s death and Mumbai bomb blast convict Yakub Memon’s hanging caused the sort of convulsions India has often experienced but rarely at the same time. Not many in India and even outside India, particularly those watching in Pakistan, would have missed the irony so stark in two Indian Muslims dying deaths so different from each other. One death much of the nation mourned. The other a minuscule minority protested and mourned.

What these two deaths brought to the fore are the psychological, social, communal, and political schisms that India lives with but which are rarely addressed or accounted for in a holistic way. The widespread sense of loss and sadness at the demise of one of India’s true heroes is something the Indians and the Indian State must proudly claim as the living symbol of India’s civilizational greatness, her vast reserves of genuine admiration for wisdom, and her ability to rise above caste and communal demarcations to celebrate and mourn a great Indian.

Global commentators have often criticised India for its multiple social and communal divisions and disparities. Indians of all castes and creeds have this innate ability to define and applaud what they see as the true essence of being Indian. This is something the foreign observers of India have either completely ignored or not cared to comment upon as generously as they have discussed the many fault-lines in India’s social fabric.

Kalam carried his religious identity as modestly as it deserved to be carried as an accidental fact of one’s birth. He was born a Muslim and died as one. But in between the accident of birth and the inevitability of death lived an Indian, who celebrated India in its glorious eclecticism. Yakub Memon too was, by the accident of birth, a Muslim, and he died as one. But his was a life that was consumed by his religious identity. His commitment to his own idea of India accorded more importance to his religion than his country, and his essential inability to celebrate India for what she was. In that sense, Yakub Memon chose his death.

It is these two lives and deaths that have defined the templates for the Indian Muslims to choose from. The Kalam template is an ideal not only Muslims, but all Indians should always try living up to. But to be able to live up to the Kalam template, it is the Yakub template that we all, particularly the Muslims, need to talk about, address, and finally overcome.

Yakub’s hanging asks certain questions of the Indian Muslims they should not wish away or avoid answering. There are legitimate reasons why Yakub’s case must be treated by his co-religionists as a watershed moment in their quest for true identity and place in their country.

The Mumbai police, and later the CBI, methodically put together the different pieces of evidence to establish a cold-blooded conspiracy with Yakub as one of the kingpins. The Indian judicial system, much maligned for its legendary slow delivery of justice, allowed Yakub to avail every legal option that was there to either commute his death sentence or even prove his innocence. Yet, doubts were raised over virtually everything, from Yakub’s arrest (or negotiated surrender) to his prosecution; from his very involvement in the conspiracy to the extent of his involvement; from the quality of the investigation to his conviction as one of the conspirators when he should have been an approver, and from the justification in awarding him the death penalty to the dismissal of all his mercy pleas.

Yakub’s case has had a legal closure. In that sense, there is little merit in nursing those doubts and letting them ossify. The real take away from the Yakub Memon case for the Indian Muslims should be the opportunity it affords to ask certain questions of themselves and their elected as well as unelected representatives. It is by trying to find answers to these questions that the Indian Muslims can reject the Yakub template and embrace the Kalam template.

Who were the people who signed the mercy petitions for Yakub and built a grievance industry for a criminal? Their ranks were filled up by broadly three categories, not greatly different from each other. One, India’s Left-liberal activists and the leaders of the Communist parties. Second, actors, politicians, and artists who are the usual ‘secular’ Aman ki Asha types and who would readily lend their support to any cause Muslim. Third, the Muslim politicians from several non-BJP parties.

Many of these three categories of ‘mercy for Yakub’ freelancers have had a common agenda and target. Their common agenda is always to speak up for Muslims in India regardless of the fact whether or not Muslims by and large consider them as their representatives. Their common target is RSS-BJP-Modi. They will ride piggyback any cause or even invent a cause that involves even one Muslim and which they think can project RSS-BJP-Modi as anti-Muslim. Yakub provided the cause this time.

There is another thing common to most in this grievance industry. Most of the Yakub mercy plea signatories rarely, if ever, applauded Kalam for what he had achieved despite being a Muslim born into much poorer circumstances compared to Yakub. Poverty, lack of as many opportunities as he would have wanted, and resource crunch even when he had achieved a kind of stature as a scientist did not make Kalam bitter. It did not turn him against his people and country. He also did not accept his ordinary circumstances and choose to live with them. Far from it Kalam defied them and rose to become one of the greatest Indians.

Kalam’s success, and the context in which he achieved it did not get the kudos from the people who made Yakub a wronged hero. Because Kalam was never ‘their’ type of Muslim. Rather, he was true Indian, who not only loved his native culture but also enthusiastically celebrated it. A Muslim who would readily quote the Bhagavad Gita and play the Veena. A President who broke every prosaic protocol of the office to connect with his people. An Indian who loved India above everything else.  If Kalam could do this, what stopped Yakub, an urban and much better-placed Muslim, from coming to peace with his grievances and channelize his energy into doing something worthwhile than what he eventually did? Those who signed petitions for Yakub will never answer this question because their shop runs on adding fuel to the Muslim grievances.

There should be no doubt whatsoever in any right thinking Indian’s mind that these invent-a-cause and dial-a-quote humanists had a genuine affection for Yakub or for that matter Indian Muslims. If they had any concern for Yakub, they would not have been as indifferent to his case as they were for more than 20 years. They suddenly became an out-of-court party to the case the moment the TADA special court in Mumbai issued death warrant against Yakub.

It is high time Muslims saw through the designs of these self-appointed protectors of their faith and interests. By taking up the cause of Yakub Memon to project Modi government as being discriminatory against Muslims, they have painted Yakub as the representative of the Indian Muslim community when he is and must be treated as an aberration. Do the Indian Muslims agree? Do they endorse what Yakub did in the name of their religion?

The drive to get his death sentence commuted was almost carried out in a manner that suggested that Yakub was innocent and was merely being wronged by a Hindu-dominated system. All that mattered to them was an article and claims of a ‘negotiated deal’ between the Indian investigative agencies and Yakub. The methodical way in which the Mumbai police and the CBI gathered evidence and built up a strong case and the 22 year-long trial in different courts, and not an iota of evidence to prove this ‘negotiated surrender’,  counted for little. All that was important was that Yakub was a defenceless Muslim being murdered by a cruel, vindictive, and unfair State headed by a Hindu despot. Headlines such as ‘will someone shed tears for Yakub’ and ‘they hanged Yakub’ came in handy.

This author has a tremendous amount of faith in the good sense of judgment of Indian Muslims. The author knows an overwhelming majority of Muslims in India do not look up to Yakub Memon as their ideal representative. It is true that about 8000 people, who were obviously not Yakub’s relatives, attended his cremation in Mumbai. This author believes it was a shared sense of grievance probably that made so many Muslims attend the funeral of a convicted terrorist. The grievance that almost all the Hindu perpetrators of 1992-1993 Mumbai riots have got away with their crime. This is a valid grievance though it again asks certain questions of the Muslims and their leadership in the so-called secular parties, and their secular friends.

A number of terror attacks masterminded by Islamist terrorists have struck Mumbai and other parts of India since 1993. The majority of those killed in these attacks are Hindus. Very few of these terror cases have reached a conviction. So wouldn’t it be fair to conclude that even Hindus in India may have a deep sense of grievance over the agonisingly slow delivery of justice?

It is one thing to have a grievance against the judicial system, against a community or against the country itself. It is altogether another matter, and anti-national activity be it Mumbai or Malegaon, to let this grievance become a cause for killing the ‘other’. Justice B. N. Srikrishna, who probed the Mumbai riots in 1992-1993, and whose investigation the Congress and later the Shiv Sena-BJP government ignored, has tried to establish a cause-effect justification between the riots and the Mumbai bomb blasts. Justice B. N. Srikrishna forgets that this is exactly the Hindu argument to justify the post-Godhra riots because according to this argument they were triggered by the killings of 59 Hindus. If we, the Hindus and Muslims, accept this as the natural order of things where one grievance becomes a cause for perpetrating violence that in turn leads to another grievance, then all of us are doomed.