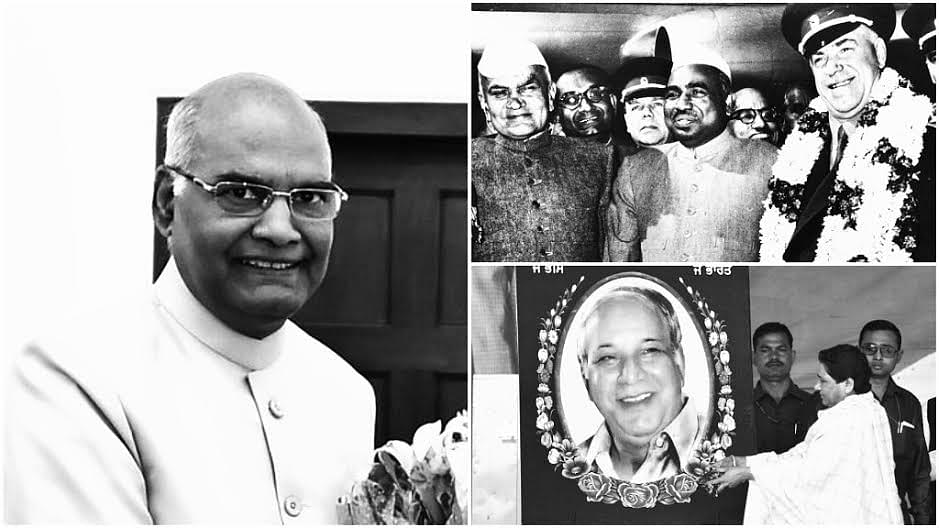 The nomination of Ram Nath Kovind as the presidential candidate of the National Democratic Alliance (NDA) has caught the Opposition off guard. The candidature of the soft-spoken lawyer and politician has spilt the Opposition and sparked a fierce debate among the social and Dalit activists about the meaning and symbolism of the move. In a remarkable display of political bankruptcy, the United Progressive Alliance (UPA) led Opposition has fielded veteran politician Meira Kumar as the opponent of Kovind. Apparently, the reasoning was that since Kovind belongs to the Dalit caste, he must be countered by someone of the same background. This betrays a total lack of imagination as it is the Opposition, which is playing the proverbial ‘Dalit card’, not the Bharatiya Janata Party (BJP).

The BJP has been accused of resorting to symbolism in the backdrop of a series of Dalit unrest revolving around the Rohith Vemula (late student activist of the Ambedkar Student Organisation), Una and Saharanpur incidents. It is being dismissed as an image building exercise instead of any genuine move towards Dalit empowerment. And therein lies the crux of the whole episode. Why is it that the candidature of Kovind is seen from a caste point of view and not his professional credentials? Why is it that when a Dalit rises up in politics, it must be only because of his/her caste? Even the political success of someone like Babu Jagjivan Ram, Kanshiram or Mayawati is dismissed due to their caste, not their talent and hard work. Thus, the brilliant administrator, the hawkish defence minister of the 1971 war and later the deputy prime minister, Babu Jagjivan Ram was only a ‘Dalit leader’ while others from the non-Dalit castes are ‘national leaders’ by default.

And if the BJP is playing the ‘Dalit card’ by fielding Kovind, pray, did Congress play the ‘Brahmin card’ when they nominated Pranab Mukherjee? What message and symbolism did the Communist Party of India (Marxist) have in mind while selecting Sitaram Yechury as its general-secretary? Yes, BJP president Amit Shah did mention the humble background of Kovind and the work done by him for the subaltern sections of the society, but was it not a recognition of his struggle, his work, rather than his Dalit background? Was it not a symbolism, if any, of the new aspirational India rather than merely appealing to just the Dalits?

But the stereotype persists because even today the vast majority of Dalits are trapped in the vicious circle of poverty and social subordination and the successful Dalits seem to be an exception. Question is not why Dalit leaders are viewed as symbolic, but why even after several decades of becoming a Republic, with its explicit emancipatory agenda, around 20 per cent of the population is still disempowered? A disempowered community can never produce strong political leaders – they may be excellent politicians, personally unwavering and determined, but will always be lightweight in national politics as power flows via multiple channels in a society. And in India, caste is the most dominant channel of social and political power.

Despite all the political mobilisation and social counter-culture movements, the Dalits have remained only marginal players in the power-matrix of the country. True, their visibility has increased and they are now actively courted by all the political parties due to the number of votes they command, but that is the end of the story. It is hard to find any politician from a Dalit caste as a powerful functionary in the party organisation, prominent spokesperson or an important minister in the government.

The reason is simple; the Dalits lack the economic muscle apart from the social capital to wield the requisite influence. It must be remembered that before former US president Barack Obama could fly in the Air Force One, there were hundreds of thousands of African-American flying in aircraft, hundreds of African-American businessmen flying in private jets. There were thousands of prominent African-Americans in the academia, media and other spheres of the social and economic life. Till Dalits in India build such strength, it is highly unlikely that we will see a person from the Dalit caste occupying the high seat of power in this country. But the problem with most of the radical Dalit activists is that they want to see a Dalit as a prime minister tomorrow itself without investing much in the social and economic capital first, and worse, they think abusing Hinduism day in and day out is the way to achieve that!

Anything less than that is ‘betrayal’ or cunning manoeuvring of the savarna castes. Anyone not in agreement with them is a traitor or compromised. So Kovind and Jagjivan Ram are ‘traitors’, Mayawati is compromised due to her ‘sarvajan agenda’ and so on. Even people like Chandrabhan Prasad, who has given a new direction to the Dalit movement with his advocacy of Dalit capitalism, is to be boycotted. Dalit Indian Chamber of Commerce and Industry chairman, Milind Kamble, who has done much to promote the first generation Dalit entrepreneurs, is to be denounced as the capitalist propagandist and ‘RSS ka agent’. He should not be allowed to speak in the universities by resorting to open hooliganism.

The Dalit movement today is dangerously devoid of new ideas to negotiate with the rapidly changing times. And this gap is being filled in by the non-Dalit demagogues like Kancha Illaiha and various social media warriors, whose entire approach towards Dalits is to make them jump into the fire for ‘salvation’. But what is striking is that the Dalit masses seem to think otherwise. The trend of right-ward shift of the Dalits has continued over the last decade.

Despite the high-pitch anti-BJP movements around Vemula tragedy and Una incident, a huge section of the Dalits voted en mass for BJP in the crucial assembly elections of Uttar Pradesh, which is also home to the only successful Dalit political experiment in the form of Bahujan Samaj Party. The reason was again very simple; Narendra Modi-led BJP was able to strike a chord with the new generation of aspirational Dalits of the Hindi heartland. They saw BJP as a party of good governance and economic growth. They saw it as a party promising social mobility via economic opportunity and better rule of law despite the social orthodoxy espoused by a section of the BJP ecosystem.

It is this India of small towns and kasbas, it is this young India of villages which dreams of migrating to the cities and making it big, it is this India of villages which thinks that ‘beta bada admi banega’ (that their children will someday become successful and influential persons), which Kovind symbolises, as someone who has risen from a humble economic and social background to, in all likelihood, become the first citizen of the Republic of India next month. This is the political symbolism of his candidature.

To suggest that the NDA is playing the ‘Dalit card’ to appropriate their votes is an insult to the Dalits, as this only seems to say that the Dalits lack political maturity and can be easily misled by mere tokenism. But by fielding Meira Kumar, the Opposition has discredited itself. Not only has it come out in the open that she was chosen only because of her caste but it also indicates that the Opposition was ‘forced’ to field a Dalit, which it may not have done in other circumstances. Plus, despite her accomplishments and credentials, Meira Kumar gives the impression of being a dynast when compared to Kovind. And as things stand today, the people’s mood is decidedly anti-dynasty.