The Real Reason Why Taslima Nasreen Flew Back Without Visiting Aurangabad 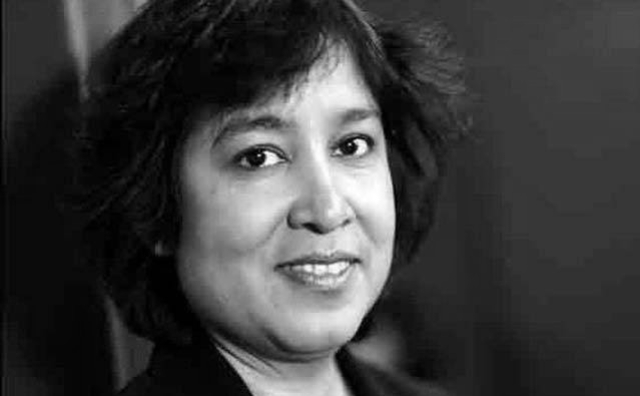 Bangladeshi author Taslima Nasreen was sent back from the Aurangabad airport following a protest by angry Muslim mob, led by an ex-NDTV journalist turned All India Majlis-e-Ittehadul Muslimeen (AIMIM) legislator Imtiyaz Jaleel. Jaleel represents the Aurangabad Central Vidhan Sabha constituency. Nasreen had arrived in the city airport and was planning a three-day visit to heritage sites of Ajanta and Ellora caves.

According to sources close to the Maharashtra government, Nasreen did not inform local police, especially given that she was visiting a city with a sizable Muslim population – Aurangabad has 51.07 per cent Hindus and 30.79 per cent Muslims. Nasreen is a recipient of Y security cover, which entitles her to 10 armed guards whenever she is on the move. The local police reportedly requested her to wait for 30 minutes to enable them to make necessary arrangements for her safe passage and safety in the city. However, Nasreen herself decided to cancel the trip considering the law and order situation and flew out in the next flight.

There were a few articles in local Marathi newspapers – prior to her actual arrival in the city that ­quoted Jaleel saying that he won’t let Nasreen enter the city.

According to few local observers , since the news of her arrival was already known – at least to the media and several politicians, the police should have logically got in touch with Nasreen and found out why she was planning a visit without alerting them. Hotel rooms were booked in a friend’s name and a section of the Islamist mob, had reached there as well. While nobody really knows how the mob got a wind of the travel plan, sources in the city suggest that Jaleel – a former journalist who worked with Lokmat for 11 years and NDTV for 12 years – is well connected and could have got the details from the hotel employees.

Aurangabad’s demographics have been the root cause of several communal flare-ups in the late eighties and early nineties which saw the rise of the Shiv Sena in the city. The Marathwada region, where Aurangabad is located was formerly a part of Nizam-ruled Hyderabad till it was merged with Bombay state in the fifties.

It is interesting, however, to know AIMIM MLA Jaleel’s take on the matter. Jaleel said that tensions had been on the rise following the razing of several illegal religious structures in the week prior to Nasreen’s visit and had she been allowed to enter the city, it would have caused a major law and order situation. Further, he also said:

If she would had been allowed to reach her hotel, protesters would have greeted her with eggs and tomatoes. While we are all for freedom of speech and expression, she writes against the Prophet and Islam. Youths cannot stand her and as a responsible legislator, I ensured she is sent back.

It looks like freedom of speech in India is merely an illusion and is applicable only with certain terms and conditions. Jaleel, by his own admission, said that law and order problems would arise if Nasreen, a vocal critic of Islam, visited the city which does indicate certain levels of complicity.

Nasreen, a citizen of Sweden, was forced to leave her home country of Bangladesh after Islamic radicals targeted her. Following this, she has been living in India. She was hounded out of West Bengal and has been residing in various locations across India.