The Royal Factor Of Himachal's Politics 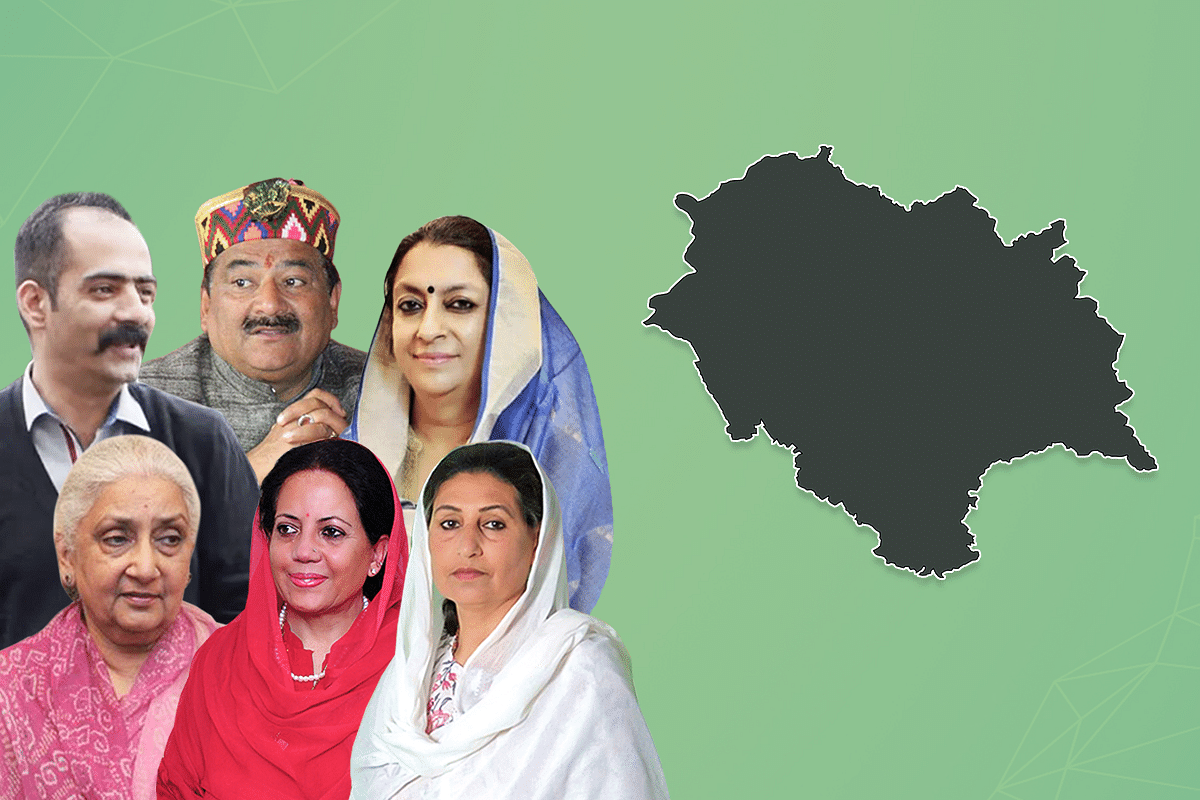 Former Himachal royals have a loyal voter base.

For a state that barely has 68 lakh population, Himachal Pradesh’s politics is rather keenly contested yet fractious. It takes just five percentage points of vote transfer for a party to win the elections in the state. We do see a consistent trend and that is the independent factor, comprising of sub-regional parties and independent candidates, playing spoilsport in each election, except perhaps in 2017 where the victory margin pulled off was bigger than 6 percentage points.

While small constituency populations and proximity of communities often determines the win or loss in small states, a consistent factor of the third segment’s significant persistence is the candidate choice as a result. In this regard, we often see a parallel to Rajasthan and Madhya Pradesh on a limited scale being pursued, with a large number of royal families of the past being involved in state politics significantly.

Royal families of different erstwhile principalities, despite much noise and ‘oppression of the people’ narrative remain much popular even today. In fact, it may be broadly said that a significant section of voters of Himachal across the lines of old and new Himachal seemingly remain loyal to the royal families. In particular, one must remember that unlike new Himachal, including Bilaspur, Kangra, Una and Kullu among other places, the royal families of old Himachal — Rampur, Suket, Sirmaur, Mandi — had active rule till the 1947 merger and accession.

Even with new Himachal, the erstwhile royal families had significant social clout among the voters. Interestingly, most of the aristocratic families of old Himachal also were close to Congress at one stage, a phenomenon that parallels the pattern in Punjab and Madhya Pradesh unlike Rajasthan.

In fact, Mandi was a special seat in many ways, not just because of its size but also because it always elected royals from the seat, starting with erstwhile scion of Suket state Lalit Sen winning on a Congress ticket in 1962.

The influence of such candidates often turns out to be significantly higher than even the party in several pockets. As a result, we have seen that many of these erstwhile royal scions tend to win even as independents, and cause significant vote splitting at the sub-regional levels within the state.

Even though there was only one erstwhile royal scion, Virbhadra Singh, who managed to become chief minister of the state, the ability to make or break elections remains significant in low margin battles.

Over the years, some candidates have been significantly prominent in the state’s politics, and have endured even as rebels or breakaways. Their clout remains significant as a result, and often we have seen them give a credible performance even as independents. A few prominent names must be highlighted, for they definitely hold the key to winning micro battles by mobilising their supporters in sufficient numbers.

Pratibha Singh, the wife of former Himachal chief minister Raja Virbhadra Singh, and their son Vikramaditya, are essentially the royal family of Bushahr Rampur of old Himachal. Pratibha was from the royal family of Keonthal, a small princely state within the Shimla region.

Their significant clout in Bushahr Rampur and their influence endures, thanks in part to the high level of popularity that Raja Virbhadra Singh was associated with. In fact, Mandi Lok Sabha bypolls saw Pratibha Singh, now also heading the local Congress unit, winning on what was said to be a part-sympathy vote following Raja sahab’s death.

While Vikramaditya, the scion, does not carry the same popularity or support within the party like his father, it remains to be seen if he gets pushed as the next generation face in the state by the Congress.

Former MLA from Dharamshala, and also a former Union minister as the MP from Jodhpur, Chandresh Kumari holds a unique distinction for having political presence in both Rajasthan and Himachal Pradesh. There are good reasons for it — she is the daughter of former king of Jodhpur Maharaja Hanwant Singh, and had married the scion of Kangra Aditya Dev Chand Katoch. She lost the 2014 general elections, and has been less active in politics in recent times, her presence being next to absent in Himachal’s politics despite having been a minister in the state government briefly under Virbhadra Singh and even earlier.

Vijay Jyoti Sen, sister-in-law to Pratibha Singh, had lost the 2017 election from Kasumpati in Shimla district to another royal, Anirudh Chand. Wife of the now deceased Bir Bikram Sen, she has also been associated in the past with the Congress. She actively represents the Bharatiya Janata Party (BJP) in the state currently. The husband-wife duo had switched sides in 2012 after Vijay Jyoti Sen had been denied a ticket in 2012, and the move was considered a personal blow for Raja Virbhadra Singh, given the closeness of their family relationships.

Scion of the Kiar Koti princely state, he is currently the Congress MLA from Kasumpati. His name had gotten dragged in after an illegal but traditional bull fight, also known as Chhinj, surfaced from the Sayar Mela of Mashobra in 2017. Anirudh has remained popular in the region, which is dominated by apple farmers of the state, and won in 2017 despite the landslide win of BJP in the state.

Currently the MLA from Dalhousie, Asha Kumari was the wife of Brijendra Singh, the scion of the erstwhile royals of Chamba, which was one of the longest continuous royal lineages on record. Also related to Raja Virbhadra Singh, she originally hailed from Sarguja, as the daughter of Madneshwar Saran Singh Deo, the erstwhile scion of the Sarguja royal family. Her brother, T S Deo Singh, is currently the health minister in Chhattisgarh.

A prominent name in the state politics, Maheshwar Singh had even floated his own Himachal Lokhit Party in 2012, and upset the BJP’s fortunes as a rebel candidate in Kullu region alongside several other provinces with other rebels. Being the scion of the Kullu royal family, he still holds considerable clout, thanks to his prominent role in the Kullu Dussehra as it initiates with the devtas visiting his house at the start of the mela.