The Trouble With Indian “Secularism” 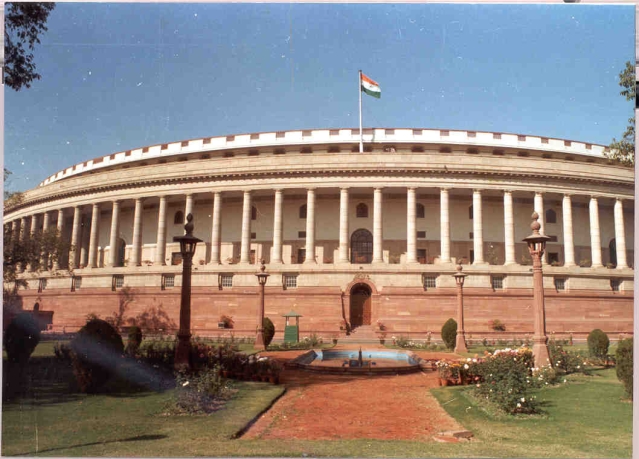 The problem in India is not the emergence of communalism but the absence of it in the ideological discourse since Independence. A midwife secularism has been at play castigating communities selectively

Following the massacre of the cartoonists in the Charlie Hebdo office, religious extremists seem to have become even more romantic about their fascist ideologies, targeting authors, bloggers, media houses and other ‘’modern institutions of circulation of discourses of power’’. Following the Charlie Hebdo case, a big section of the literati accused the cartoonists for hurting religious sentiments of French minorities, a good example of which is ‘’Charlie and the Underdog’’ by Nicolas Jaoul and Christine Molner published in the February 7, 2015 issue of The Economic and Political Weekly.

Such allegations seem to have given out a message to religious hardliners that if one can scare the civil society, it might not only stop them from demonizing the archaic, unpleasant bigotry of religion but also start supporting the hardliner’s cause through the modern and post-modern languages of deconstruction. Blogger Avijit Roy’s assassination in Bangladesh followed soon after that.

The problem that the western hemisphere is facing in the war between the liberals and the communalists is that liberals live in the ideological world where individualism is usually the norm with no moral obligation to protect each other’s interest. Solidarity is voluntary. On the other hand, communal ideologies have the moral obligation of standing for each other. Therefore, the war is between ideas with individual defenders and ideas with an army of defenders. It is not to say that the liberal movements are not backed up by numbers or that they are in any way inferior to the religious movements but to point out that the communal movements are more organized and focused. Sophisticated, polished but vulnerable individuals are at war with crude, rustic mobs. A war of modernity-freedom with savagery-feudalism

The situation is however very different in India. Latest from the Indian front is the attack on the Tamil news channel Puthiya Thalaimurai on 12th March with crude bombs. Thankfully nobody was killed or even Injured.

Historian Romila Thapar’s speech in solidarity with controversial Tamil author Perumal Murugan,  delivered on the 17th of February was published in The Hindu’s ‘’Comment’’ section on 13th March as a response to the attack. In that article, Professor Thapar suggests that in cases of violence following ‘’hurt religious sentiments’’, some important questions that ought to be raised and answered are never bothered with.

Questions like ‘’Does the objection reflect the sentiments of the entire community or only a small fraction of it?” Or ‘’Who constitutes this community and represents it?’’ Questions like these in reality represent the naïve, appeasing ideology that has created the communal scenario in this country in the first place. These appeasing, gratifying stands do nothing but provide moral grounds of justification to the ones who though support but never perpetrate violence.

In India, to begin with, throughout the 20th century, there was no force or movement that really fought for secular, liberal ideas. Though we do not have a dearth of political parties who pledge by these credentials, they in reality are casteist or selectively communal. In the book Marxism in India: Decline to Debacle, author Kiran Maitra chronicles how the left movement had no serious ideological stand. To deal with even the micro issues in India, the Communist Party would look to Russia and the Comintern for assistance, which would then come up with a position after a close study of a handful of Indian newspapers, always keeping in mind Russia’s own vested interest.

During the Quit India movement, before Russia had joined the World War, the Communists were in favor of the movement. The moment Russia entered the war and needed  Britain as its ally, the Communists in India were directed to abstain from it.  Communist leader M.N Roy’s 1939 work, Historical Role of Islam, marks the beginning the recurrent marriage of communalism and secularism in India. The role of the Communists gathering grassroot support for the Muslim League during Partition and its contribution to the riots is unforgettable.

Professor Thapar, in her article, raises a range of pertinent questions and urges for the creation of an organization committed to defending the rights of expression, especially that of authors. According to her, ‘’it could be constituted of lawyers, publishers, and some authors…’’. However, a major question that she misses out is the question pertaining to the existence of real secularism in India. In the article ‘Charlie and the Underdog’, the authors cited Indian secularism (pluralism) and suggested that the idea was better than the French idea. What they missed out is that letting religion into the public sphere, that is ideas that are mutually discriminatory and exclusive, expecting communal harmony, freedom of conscience, speech and other modern democratic values is like expecting fire not to burn.

Professor Thapar’s article is concerned with intellectual silencing. She suggests that ‘’In the name of hurt religious sentiments, the real attempt is to prevent the emergence of a society that can think for itself, that can openly discuss the issues that confront it, that can effectively understand the massive process of historical change that it is undergoing’’. However, to ‘’prevent’’, we ought to have a society that thinks for itself or openly discusses the issues confronting it at the first place. As if replicating the behaviour of the pre-independence Communist Party, we usually look to our colonizers for advice. Recently we learnt human rights and civilizing lessons from Leslee Udwin.

The fact is that the child marriage of secular modernity and communalism with blessings from colonialism had a terrible impact in the ideological discourse in India and  had always prevented it from thinking for itself. Michel Foucault had suggested that education is worse than punishment. In the Indian context, thankfully, many had the divine power not to be ‘’educated’’ and strongly resist the indoctrination centres.

Though Professor Thapar suggests that ‘’the demand that a book be pulped, banned or burnt is becoming a regular agenda in this country’’, the educational system, especially in the area of higher education, has been doing it for ages. Whoever resisted the imposed, lopsided secularism and modernity stinking of the fourth stage of colonialism (the stage when people are mentally colonized, as suggested by Irfan Habib) was ‘’pulped’’, labeled or ‘’banned’’. It surprises many not to find books by credible authors like Dipankar Gupta in campus bookshops or in the reading lists in universities like JNU or watching the great historian, late Jadunath Sarkar being labeled as a priest by eminent historians like D.N Jha.

This is another way of silencing, though more sophisticated, and therefore more deadly as it disciplines or captivates the mind than merely violating the physique. When violated physically, one can recognize the enemy or the subjugator. Captivating the mind turns the population into mere cabbages, which lives in the myth of freedom.

The problem in India is not the emergence of communalism but the absence of it in the ideological discourse since Independence. A midwife secularism has been at play castigating communities selectively that has resulted in the emergence of a sensitive and insecure section of population who are quite rightly sceptical about the role of media and academics and their influence on their dignity, liberty and cultural continuance.