‘They Would Have Been Here In A Month’: Pakistani Hindu Refugee In Delhi Mourns Murder Of Brothers Headed To India 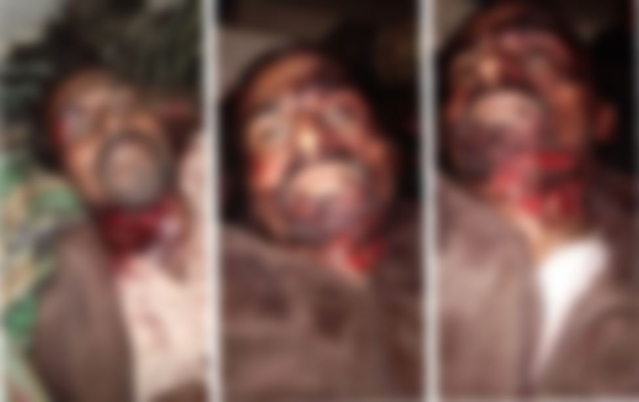 Jai Sri Ram! says a feeble voice on a winter morning. The smile on Lakshman’s (right corner) face that you see in the image below, one of finally having made it to a country where he didn't have to live terrorised, has vanished.

Fear and agony are all that you hear echo as he recounts the horrific incident of the murder of his cousin brothers in Pakistan last week.

Lakshman was just coming to terms with the fact that he now had a roof over his head in a country where he wouldn’t be treated like a second-class human and a bonded labourer.

He was just on the verge of feeling proud that he would actually get paid for his labour and that he wouldn’t be told ‘Islam Qubool Karo’ day in and day out.

It had been six months since he left ‘Pakistan’ for good and settled at the camp in Adarsh Nagar in Delhi.

His family of six was among the 250 families that moved to Delhi in July. Finally glad to have moved from Ala village in Pakistan, where he feared the dreaded future that awaited his seven children, Lakshman was reclaiming his life at the refugee camp.

But what met his eyes on the weekend has scarred him. To the extent that he now fears talking. ‘Madamji, hamara toh pariwar khatre main hai...kya baat karein,’ he asks.

His paternal cousins, Janakji and Nanakji (alias Premchand and Gyanchand) who worked as farm labour in Pakistan, were found brutally murdered with their throats slit. But it can’t be mere coincidence that the last time he had corresponded with them was when he had offered to send them the necessary documents for visa to migrate to India.

Since it is not possible for entire families to move lock stock and barrel, given the situation there, they say, families usually split into pairs and move on the eve of the day of migration and meet at a common point. Until then, they move in pairs through different routes.

But this attempt by these Pakistani Hindus who are said to have been making their way towards India ended up being their final journey.

Lamenting on the unbearable conditions back in Pakistan, Lakshman now fears for his family back home.

“In less than one month from now, they too would have made it here, but alas.,” says Lakshman as he chokes, wondering what fate awaits the children of the ones murdered, the youngest of whom is a 26-month-old toddler.

As he mourns the death of his brothers, Lakshman is worried for the rest of his relatives who, he says, have been receiving threats from local authorities and others for letting this news be discussed.

His relatives, he says, have been asking him to please keep mum, so they do not have to face any more trouble there.

Deceased Nanak has left behind his parents, wife and seven children. As they lit the funeral pyre of the two brothers, they wonder if there will be an end to these sufferings.

The atrocities have been on for decades now, he says, remembering his brother Girdhari Lal, who was taken away by the tormentors six years ago.

“He was 26 years old then. But I have never seem him or heard from him after that night,”says Lakshman, adding that there is nothing much one can do. “‘You simply continue to live until death knocks at your door”.

All those who are creating a sense of fear among Indians using ‘non-existent’ portions of the Citizenship Amendment Bill, should once talk to the likes of Lakshman living in the refugee camps.

Fear is when every breath you take seems to be at the mercy of a non-event. Fear is what I heard in Lakshman’s voice this morning — the tremble in his voice redefined ‘fear’, it redefined ‘loss’, it redefined the whole idea of a nation.

For here was a Pakistani, who seeks to be Indian so that he no longer has to suffer for being a Hindu.