Time To Open Coal Mining For Commercial Operations Was Yesterday 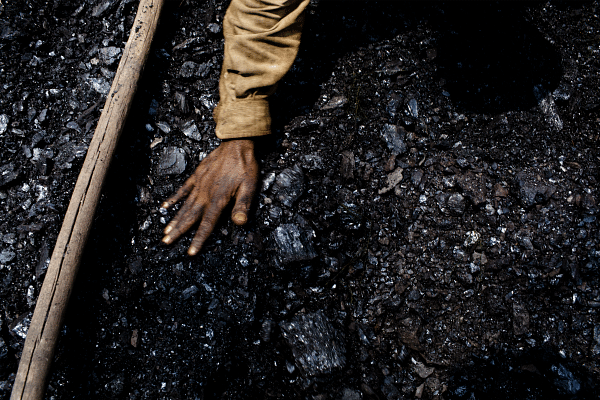 A coal worker levels out the coal in a crate. (Daniel Berehulak/Getty Images)

The tragic death toll in Meghalaya’s coal mines offers only one conclusion: the coal mining sector should have been opened to commercial mining a while ago, and the government should be held accountable for why that has not been done.

There have been many reasons ascribed for why desperate labourers risk their lives for hauling out coal from these mines. But going over these reasons does not offer any solutions. The best way to ensure such a tragedy never repeats is to adopt modern mining methods, which even the state-run Coal India has been unable to do adequately.

There are two ways coal is mined in India. One is how Coal India mines it, the other are the illegal mines strewn not only across Meghalaya but across West Bengal, Jharkhand, and Odisha. It is a no-brainer that the illegal mines will show a massive injury and death toll on the workers.

Surprisingly, the Coal India mines offer a patchy safety record, too. In the Rajmahal mines of Coal India subsidiary Eastern Coalfields, seven workers died when a huge overburden slid and buried them alive in December 2016. And there have been other fatalities since.

Mining is a risky enterprise. But it is more so the case in India. There are two reasons why even Coal India or sister state-owned Singareni Collieries Company (SCCL) has been part of the problem. The output per man-hour shift in both these companies is the lowest in the world. The companies still manage to make handsome profits because the state has granted them monopoly rights for extraction of coal under the Coal Mines (Nationalisation) Act of 1973.

Coal India manages to be profitable despite the low productivity of its gargantuan workforce of nearly 300,000 because it spends relatively little on heavy earth moving machinery to mine coal safely. And whatever is available does not get utilised.

So, against its performance standards, Coal India uses its key machines at less than 70 per cent capacity (CIL Annual Report, FY18). The company makes it up for the workers by offering them far more generous wages than any government-run organisation in the manufacturing sector. The average remuneration of all Coal India employees was raised by 19.81 per cent after the last wage negotiations in 2017.

If more money and effort were instead made to bring in and use machines, the company would be able to provide a safer environment for a smaller workforce and provide a much larger output to the economy. It is a tragic reminder that the number of Coal India employees killed in mines have barely changed from an annual average of 20 since the year 2000. Those numbers have worsened as of 2017.

Coal India, in fact, often makes it easy for illegal mines to proliferate, as it is not able to extract all the coal from a mine before it abandons it. While the company covers up with sand the mines it abandons, it is not difficult for others to dig at the same spot. More risky are the hundreds of small mines that dot every coal region but which CIL decides not to mine as the deposit size is below a threshold.

Since no other company is allowed to mine coal on a commercial basis, there is no way those mines can be leased out by the states to smaller but nimbler enterprises than Coal India. Modern technology can be used to police those mines fairly easily, but as they provide no revenue to the state, cash-strapped governments at Shillong, Kolkata, or Ranchi can hardly be expected to spend money to keep a watch on those abandoned or virgin small mines. They provide an easy avenue for illegal miners.

While the Meghalaya coal with its high sulphur content makes a long journey to Punjab and Haryana, travelling to Jogighopa market in Guwahati and then via freight trains to erstwhile Mughalsarai, the stock from Bengal and Jharkhand’s illegal mines are often consumed locally. Sponge iron workshops in Raniganj in West Bengal and Dhanbad in Jharkhand rarely use the Coal India supply.

Coal India in any case finds it difficult to meet the demands of its large customers and can hardly be bothered to look after the demands of these puny customers. The rat holes or coal wells look after their needs. On any day, one of the lanes of the national highway stretch between Asansol and Dhanbad is given over entirely to trucks carrying coal to these units. Their supply is never from a legal Coal India depot. There are even smaller operations where cycle loads of coal from illegal mines along the Damodar River ply to the towns of the regions.

Commercial coal mining is the answer to this tragedy. If competitors to Coal India enter the field in small and large mines, the states will farm those mines to them. The states and prospective entrepreneurs will surely block the illegal miners as both will have a common interest to mine the coal legally. Mines will be abandoned, as they are in the rest of the world, only after they have been fully exploited.

In the absence of illegal mines, there will no doubt be less employment for the out-of-work miners, but the higher revenue earned by the states from better mining will offer a far more promising livelihood for them than the spectre of death in water coffins some of their unfortunate brothers have been condemned to. The more we delay in ringing in this policy, the more will be the price that these men and their families pay.